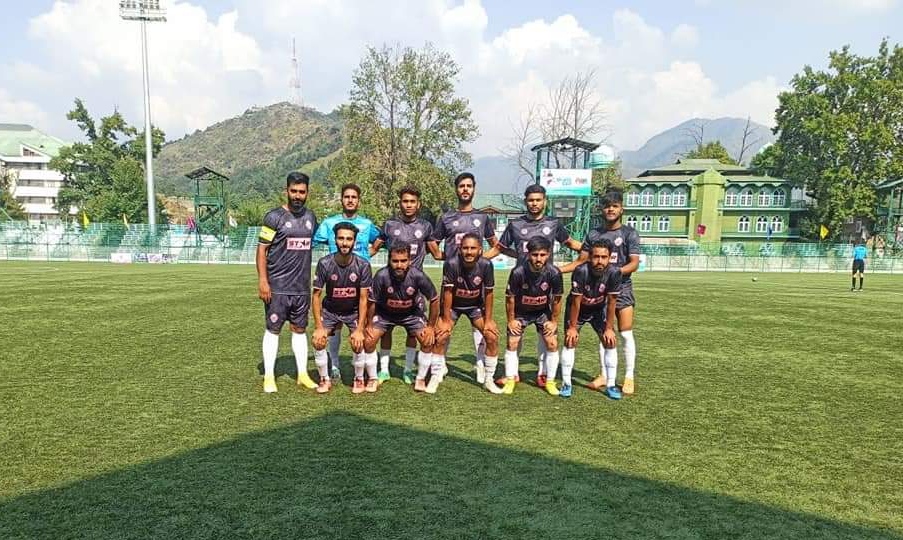 The second half also witnessed intense clash between the forwards and defenders of the two teams. While forward line was busy in making attempts to score, the defence lines were equal to the task to thwart any scoring opportunity. But in 45th minute of the play Faizan Fayaz scored fifth goal for Musuada Foundation FC.In the last minutes of the match, Shari -e- Khas FC players tried their best to score 2nd goal for his team . The match ended with 5:2 goals in favour of Musuada Foundation FC.