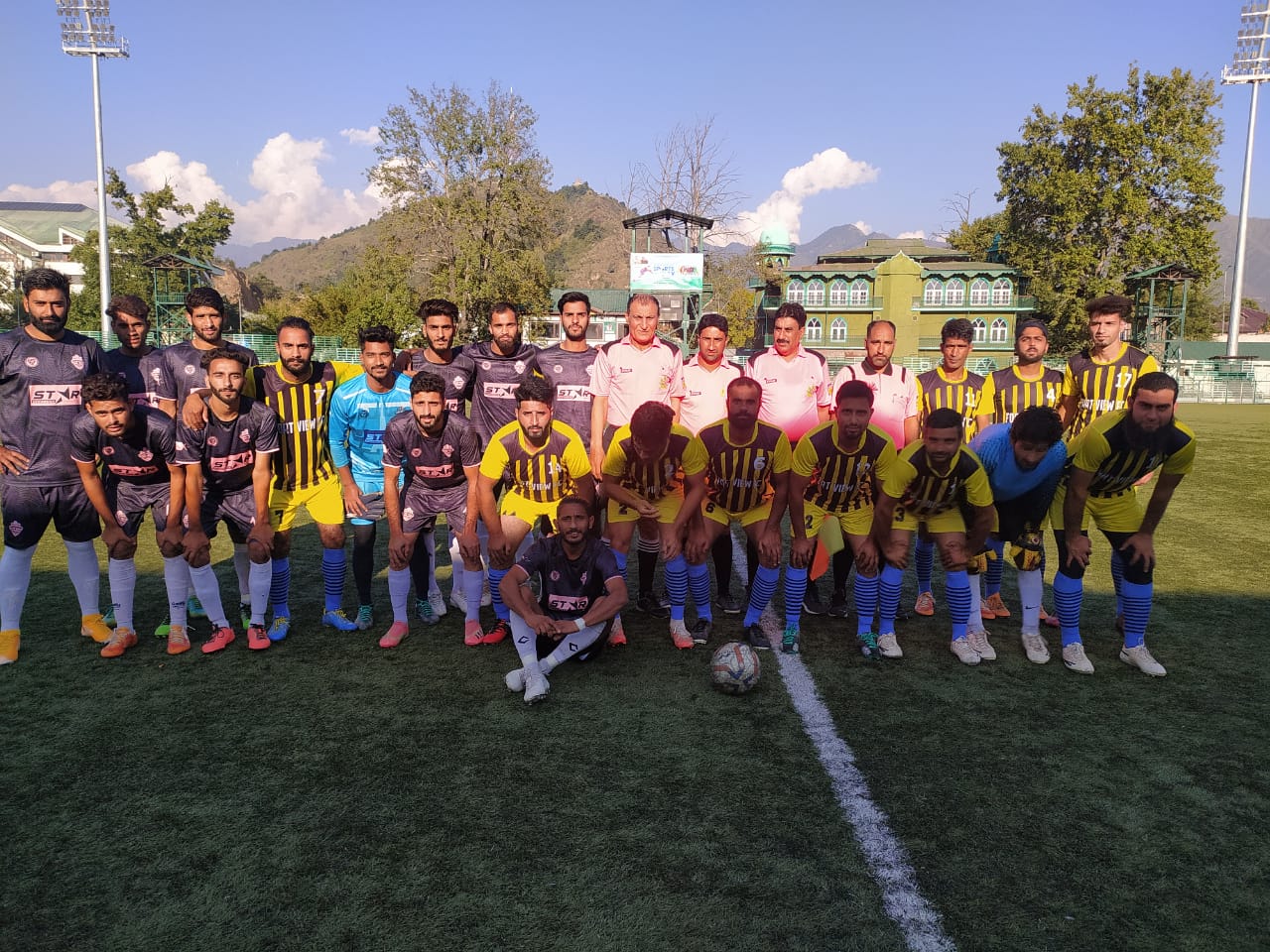 As the play started the forward lines of both the teams failed to breach the defence lines of each other in the first half. The goal keepers of both the teams made some exceptional saves. The high speed and quality football displayed by the two teams mesmerised the spectators, who had thronged the venue in huge numbers. The First half ended with 0:0 goal draw

The second half like the first also proved to be nail biting as no team was ready to give even an inch to the opposite side. In the closely contested match, forwards of both the teams attacked each others’ goal post from both the flanks right from the start of the second half. In 53rd minute of the match, Mehraj Ahmad of Jehlum Sports got an opportunity to put his team ahead and he without any mistake sent the ball right into the goalpost of the opposite team.

Trailing by a goal, the Court Road Fc players launched several counter attacks on the opposite goalpost. But the defenders of the Jehlum Sports kept them at bay and when it looked that no further goals would be scored, Ateeb of Court Road FC scored all important goal for his team in 70th minute of the play thus equalising the score. In the last 10 minutes of the match, the aggression of players from both the teams was visible as they tried desperately to score. However, as the referee blew the final whistle, the score line read 1-1.

The tournament is organized by J&K football Association in collaboration with J&K Sports Council.