Dubai, October 30: The two unbeaten sides in this T20 World Cup will meet tomorrow when Australia take on their oldest enemy England, with both sides knowing a win will go a long way to guaranteeing them qualification to the semi-finals.

Two unbeaten sides will meet tomorrow when Australia take on their oldest enemy England, with both sides knowing a win will go a long way to guaranteeing them qualification to the semi-finals.

Australia defeated South Africa and Sri Lanka in their opening games while England beat the West Indies and Bangladesh to start their ICC Men’s T20 World Cup 2021 campaign in style.

And with their historic rivalry and the Ashes coming up later this year, Pat Cummins is seeing it as a chance for Australia to get an early advantage.

The fast bowler said: “Most of the team is quite different to the Test side for England, but it’s always huge. We play England a lot. I think the style of play is quite similar, we like to take the game on.

“They’ve been probably just about the form team the last few years in white-ball cricket.

“We know these guys really well. We know it’s such a big game in the context of making the semi-finals, and always enjoy coming up against England.

“There are a few players that will be coming out this summer from this side, so it would be great to get one on the board against them early.”

Australia have utilised Marcus Stoinis and Glenn Maxwell in tandem as a fifth bowler but some questioned the tactic after the pair took nought for 51 between them against Sri Lanka.

Replying to those doubts, Cummins said: “We’re covering a lot of areas with that fifth bowler, we’ve got Maxwell, Stoinis, Marsh, all who can contribute those four overs.

“It might change, but at the moment I feel like whichever way we go, we’ve got plenty of options.

“I think another great thing about those first two games is it feels like everyone in the 11 has played a huge role.

“Just about everyone has fired and is riding high on confidence, it feels like it’s all coming together.”

For England captain Eoin Morgan, having had two comfortable victories, he believes Australia will present a real challenge for the 2016 finalists.

“I think it’s probably going to be one of our most difficult games in this group stage, Australia are a very strong side, they’ve gone two for two, very much like us, and they’ve started the tournament well,” Morgan said.

“Australia are a very strong side. Obviously coming into the tournament, they probably would be considered joint second favourites, along with us.

“They’re a side that we know pretty well, we have played against them a lot over two or three years, so we’re looking forward to a really good game.”

England have started strongly in the tournament and have been buoyed by positive performances from both their opening batters – Jason Roy and Jos Buttler – but Morgan believes his side can still thrive even if that duo don’t fire.

He added: “I think early momentum in any game can go a long way to winning a game, but like we witnessed over the last couple of years, if we don’t manage to gain that momentum, I think we have guys that can either wrestle it back or counterpunch.

“I think that’s probably what makes us a difficult side to play against, we always have a hand or a trick to play regardless of the situation that we’re in.” 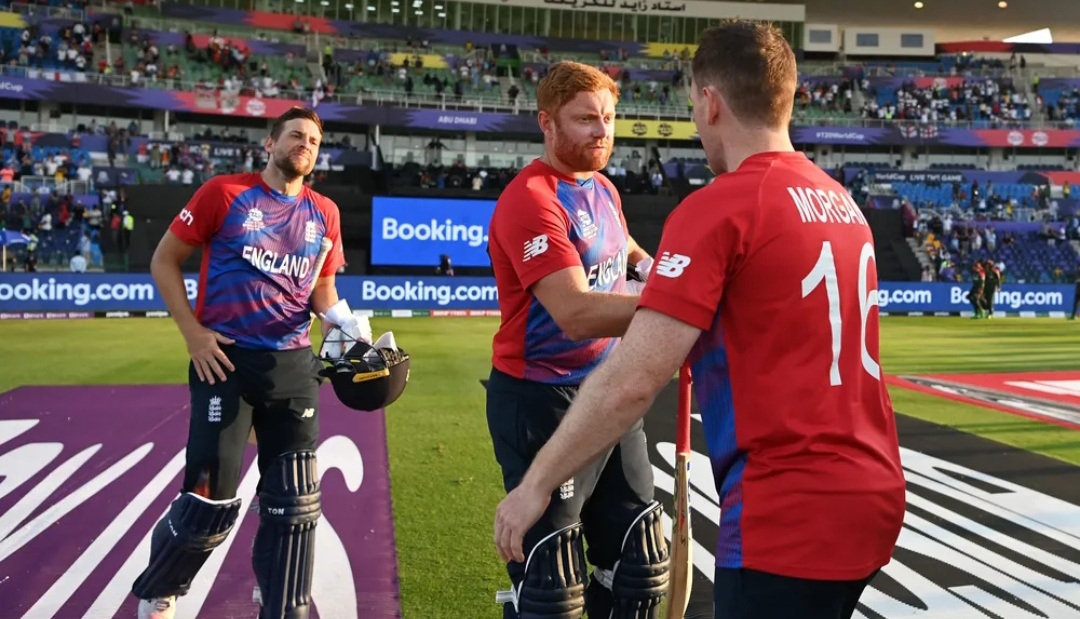