Dubai, November 1: On his 29th birthday it was Indian-born Ish Sodhi who delivered the bowling masterclass that may well have signalled the end of the road for the country of his birth at the ICC Men’s T20 World Cup 2021.

The tall New Zealand leg-spinner picked up the baton from Trent Boult and Tim Southee and put the clamps on Rohit Sharma and Virat Kohli as India looked to build a total they could defend in Dubai.

In tandem with spin partner Mitchell Santner, Sodhi was able to create the pressure that starved India of boundary-scoring opportunities and brought the innings to a standstill.

Such was that pressure that even a bad ball from Sodhi ended up taking a wicket, Rohit’s timing thrown off by the variations in pace and flight and lofting a short ball outside off straight to Martin Guptill at long-on.

Immediately after the drinks break, Kohli did the same, with Boult this time the safe pair of hands at long-on and with that India were scrambling. They eventually made 110 for seven and New Zealand eased to an eight-wicket victory.

It probably should not have come as a surprise to see Sodhi do so well against India. After all, in T20 internationals, they have become his favourite opponent. His 19 wickets against India are the most of any bowler against them in the format, and his figures of two for 17 were part of a stifling bowling display.

Born in Ludhiana in the Punjab, Sodhi moved with his parents to New Zealand when aged just four learning to bowl leg-spin under the tutelage of Dipak Patel while using YouTube to study Shane Warne, Stuart McGill and Anil Kumble.

Those lessons appear to be working for Sodhi, who is also a part-time rapper, and in the shortest format of the game there are few better.

While Southee and Boult may be the star names in the Kiwi attack, Sodhi proved once again that he is a crucial cog in the team. And skipper Kane Williamson certainly appreciates the value of his leg-spinner.

He said: “Ish is an outstanding T20 bowler, white-ball bowler in particular. He’s been a big part of our side for a long period of time and he’s played in a number of comps around the world so he’s really experienced. Those two spinners, through the middle for us have been huge and when you come to these conditions you do expect spin to play a big part.”

With the wickets in the UAE so conducive to spin, it is increasingly clear that slow bowlers will have a huge influence on this tournament.

Sodhi has proven time and again that he should be considered up there with the very best of them. In fact, only Rashid Khan and Shakib Al Hasan have taken more T20I wickets of spinners at this tournament than his 77.

With two more wickets and a Player of the Match display against India, the rest of the world will certainly have taken notice of just what Sodhi can do. 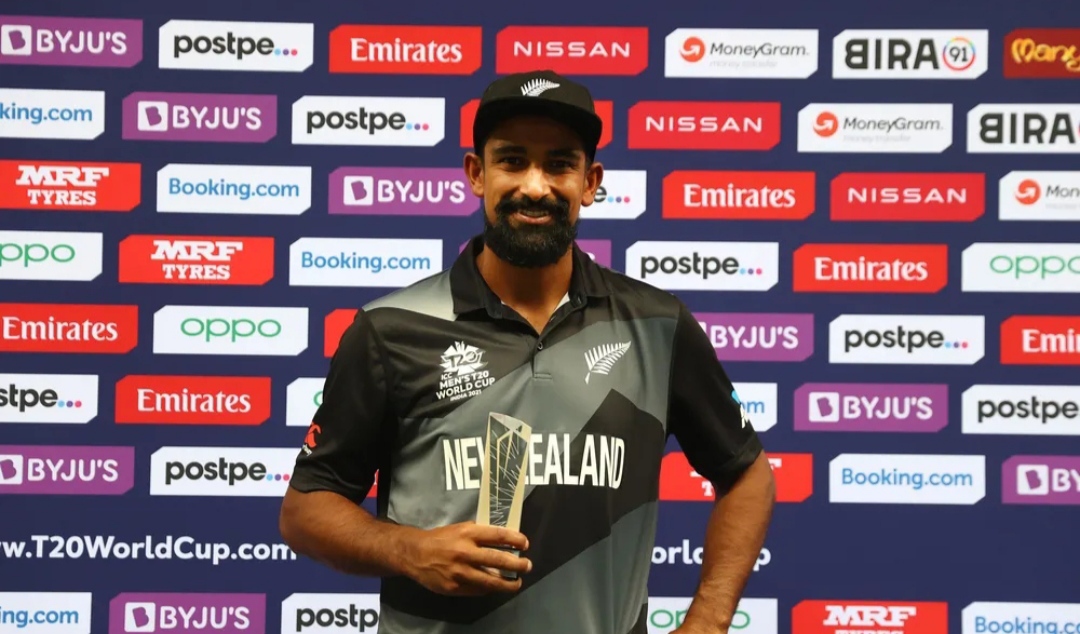