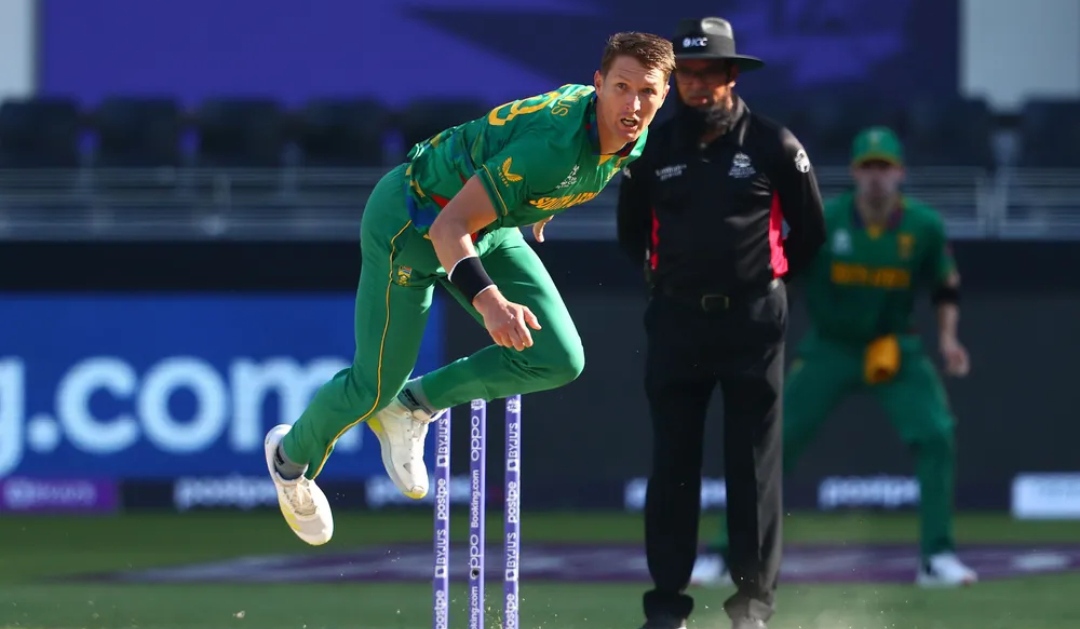 Abu Dhabi , November 2: South Africa bowler Dwaine Pretorius insisted he is happy to do an ugly but effective job with the ball as long as it benefits the team.

Proteas captain Temba Bavuma has regularly entrusted his all-rounder to bowl the crucial death overs where he uses a mixture of slower-ball variations to restrict opposition batters.

Speedsters Kagiso Rabada and Anrich Nortje, plus MRF Tyres ICC Men’s T20I Player Rankings No.1 bowler Tabraiz Shamsi, have all caught the eye ahead of Tuesday’s clash against Bangladesh in Abu Dhabi, but Pretorius is happy to plug away even if his skills are arguably not the prettiest.

He said: “If I can do a job for the team, again, and put us in a better situation, I’m willing to do that ugly job if you want to call it that – something that doesn’t always necessarily look the prettiest but it’s very effective.

“And I’ve built my whole career on that. So, I’m trying to do the best job that I can do for the team.

“Look, obviously I think the dangers at the death are being predictable. So, I’m trying to vary my pace and my lengths quite a bit even though my line is the same, keeping the guys guessing.

“I’m trying to make sure I’m bowling to the batters’ plan Cs and Ds instead of their plan A. It’s not an ego battle out there; it’s trying to be effective as much as possible.”

Pretorius has identical figures of three for 17 in South Africa’s last two Super 12s Group 1 games, wins against West Indies and Sri Lanka, and shed some light on his variations.

The 32-year-old added: “I’ve worked a lot on different variations of slow balls. So, it’s definitely something that I really have focused on.

“Obviously in a T20 World Cup, I think if you only go to one option you might be in trouble.

“So, I’m really trying to mix it up, make sure that even though at the moment guys might be thinking that I’m just going to go wide every time when they face me, even though the line might be predictable, you’re still not sure which ball is going to come out.

“Having five options in terms of what I’m looking to do there is something that I’ve really worked hard on and at the moment it’s going well.”

Bangladesh coach Russell Domingo will face his old side knowing the Tigers have virtually no chance of making the semi-finals after three straight losses to West Indies, England and Sri Lanka.

Domingo admitted it was tough to motivate his players after the final-ball defeat to the West Indies but insists his side will be raring to go once the action gets underway at Sheikh Zayed Cricket Stadium.

He said: “Obviously the boys are gutted. It’s been a tough couple of days. They know the expectation back home is high.

“They know the media interest is high. They probably feel they’ve let a few people down in terms of not crossing the line.

“And obviously morale has been low after those particular losses knowing that our chances in the World Cup are probably over.

“So, it’s not an easy task, particularly in a competition like this, to get guys’ morale up, but they’re playing for their country tomorrow. And as soon as they cross that white line, they’ll be giving 100 per cent again.

“Still two games to go. And guys are really determined to put in a good performance in the next two games,”.