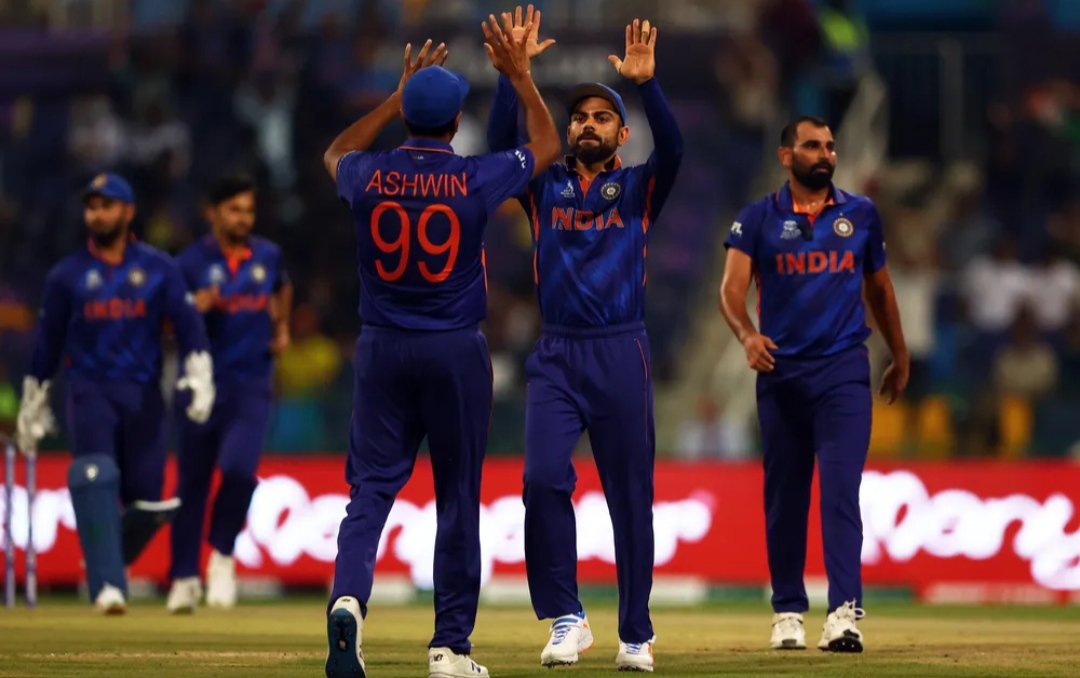 Virat Kohli’s side entered the match knowing the side needed three victories from their remaining matches to stand any chance of making the last four following back-to-back defeats.

An excellent opening partnership of 140 between Rohit Sharma and KL Rahul laid the foundations and then Rishabh Pant and Hardik Pandya provided the late fireworks, adding 63 in just 21 balls to take India to 210 for two, the highest score of the tournament so far.

Afghanistan’s attack badly missed the injured Mujeeb Ur Rahman and the loss of both openers inside four overs quickly left them playing catch-up in reply.

Karim Janat (42 not out) and Mohammad Nabi (35) provided cameos but Mohammed Shami (three for 32) and the returning Ravi Ashwin (two for 14) helped India see out a comfortable and morale-boosting win.

Having been restricted to 110 for seven by New Zealand on Sunday, India were eager for a strong start when inserted at the toss and their experienced openers provided it.

Rohit ended the opening over in style, lofting Gulbadin Naib for four over mid-off, and Rahul provided his own statement of intent five balls later by smashing Sharafuddin Ashraf over long-on for the first six of the innings.

Another followed in a costly fifth over, which ended with India on 52 without loss after Rohit cleared the ropes over long-off before driving through cover for four more.

Afghanistan’s attack temporarily stemmed the tide as the opening pair rotated the strike, with no boundaries for 20 balls, but Rahul ended the mini drought and soon swept Rashid Khan behind square as the scoreboard continued to motor.

Rohit won the race to his half century, getting there in 37 balls, and a savage pull for six by his partner brought up the pair’s fourth T20I century stand later in the 12th over.

Rahul was raising his bat at the start of the 13th after reaching his half century in two fewer balls than Rohit, who took the attack to Rashid and slammed successive sixes shortly afterwards.

Just as Rohit looked to truly cut loose, however, his superb knock was ended when he drove Janat to Mohammad Nabi at extra cover to provide Afghanistan with a much-needed breakthrough.

Pant was promoted to number three to continue the attack and having survived reviews from consecutive Rashid deliveries, he made the most of his reprieves by carting Gulbadin for huge back-to-back maximums to hand India back their momentum after the seamer had cleaned up Rahul earlier in the over.

Pandya also took advantage of a let-off, thumping two sixes off the unfortunate Naveen after a routine chance had been put down by Najibullah Zadran coming round from long-off, and another mighty blow from Pant took India past 200 in the final over to leave Afghanistan with a mountain to climb.

Knowing he had to put his foot down from the outset, Hazratullah Zazai got the chase up and running by taking on India’s dangerous new ball pair, cutting Mohammed Shami for four before lofting Jasprit Bumrah over the deep mid-wicket boundary.

Neither took long to hit back, however, as both openers fell in successive deliveries. Shami induced a leading edge to see the back of Mohammad Shahzad for a four-ball duck and when Zazai sliced to mid-on off Bumrah, Afghanistan were 13 for two.

The incoming Rahmanullah Gurbaz was quickly into his stride, launching Shami for back-to-back sixes in a fifth over which cost 21 to breathe fresh life into the chase.

Gulbadin followed up with twin boundaries off Pandya as Afghanistan ended the powerplay on 47 for two, just six runs adrift of where India had been at the same stage.

The eight wickets in hand soon became seven as Rahmanullah went on the attack once more and was well held by Pandya inches inside the rope at long-on from the bowling of Ravi Jadeja.

Then came a landmark moment for Jadeja’s fellow spinner Ashwin, who trapped a sweeping Gulbadin in front to claim his first T20I scalp since 2016 and leave Afghanistan 61 for four at the halfway stage of the reply.

The same bowler then clean bowled Najibullah Zadran, attempting a reverse sweep, and didn’t concede a boundary in a miserly four overs which represented a fine return to his country’s limited overs side.

The required rate was growing all the time but Nabi and Janat were in no mood to throw in the towel.

The pair added 57 for the fifth wicket before Shami returned to seal the deal, with Nabi excellently caught by a diving Jadeja at mid-wicket and Rashid launching his first delivery to Pandya at mid-off.

Janat crowned his impressive unbeaten 42 from 22 balls with a six from the final ball of the innings but Afghanistan must now beat New Zealand and hope other results go their way if they are to make the semi-finals.