Dubai, November 9: Fresh from seeing his men finish their ICC Men’s T20 World Cup 2021 campaign with a nine-wicket win over Namibia, the outgoing coach – Ravi Shastri who was first involved with the squad as a director in 2014 – praised his team’s all-conquering past despite a disappointing end to their time in the UAE.

New Zealand’s victory over Afghanistan on Sunday secured the Black Caps’ progression and ended India’s hopes of making the semi-finals before Monday’s clash against Namibia but they remained resolutely professional in their performance against the Eagles.

Spinners Ravindra Jadeja and Ravichandran Ashwin took three wickets apiece to limit Namibia to 132 for eight before half centuries from openers Rohit Sharma and KL Rahul helped their side cruise home, not only sending Shastri off with a win but also Virat Kohli in his final game as T20 captain.

Shastri said: “The performances are there for everyone to see over the last five years across all formats.

“When you perform in that fashion where you go across the globe and beat teams in all formats, then you know you are part of one great cricket team.

“I’m not saying a great Indian cricket team, I’m saying one of the great cricket teams in the history of the game.

“Because if you look at those kind of performances, they don’t happen often. You’ve got to have a bunch of players who are fit, hungry, fearless, have the quality, have the belief, and then to stay fit so you can play those five years together and go across the globe and perform everywhere.”

Shastri pulled no punches in his assessment of India’s campaign, as defeats to Pakistan and New Zealand in their first two games ultimately left them with too much to do to make the last four.

And although he will no longer be steering the ship, Shastri hopes the side will “kick butt” at next year’s ICC Men’s T20 World Cup 2022.

He added: “Let’s be honest, I’m not here to make any sort of excuses. We lacked the daring in the second game against New Zealand.

“I know the toss was important, and as you’ve seen in the last three games how important it is. And I do feel it will continue to be important though not as much now as the weather has cooled down a bit.

“But still, it’s something for the boys to learn. They’ll get an opportunity again next year. It’s not often you have World Cups in 12 months. So hopefully, they’ll go and kick some butt there.”

Namibia bowler Ruben Trumpelmann revealed his side succeeded by showcasing what they are made of to the rest of the world having made the Super 12s on their tournament debut, despite suffering a defeat in their final outing.

He said: “We didn’t come here to play second fiddle, we wanted to express ourselves.

“We had this one opportunity and we wanted to use it to the best of our ability to show the world what we are made of as Namibians, and I think we did that.

“We always knew we were going to come hard against all the teams and luckily for us the hard work paid off.

“We did all the extra backyard training through the lockdown and Covid and that came through for us and gave us the mental strength to push through harder times.” 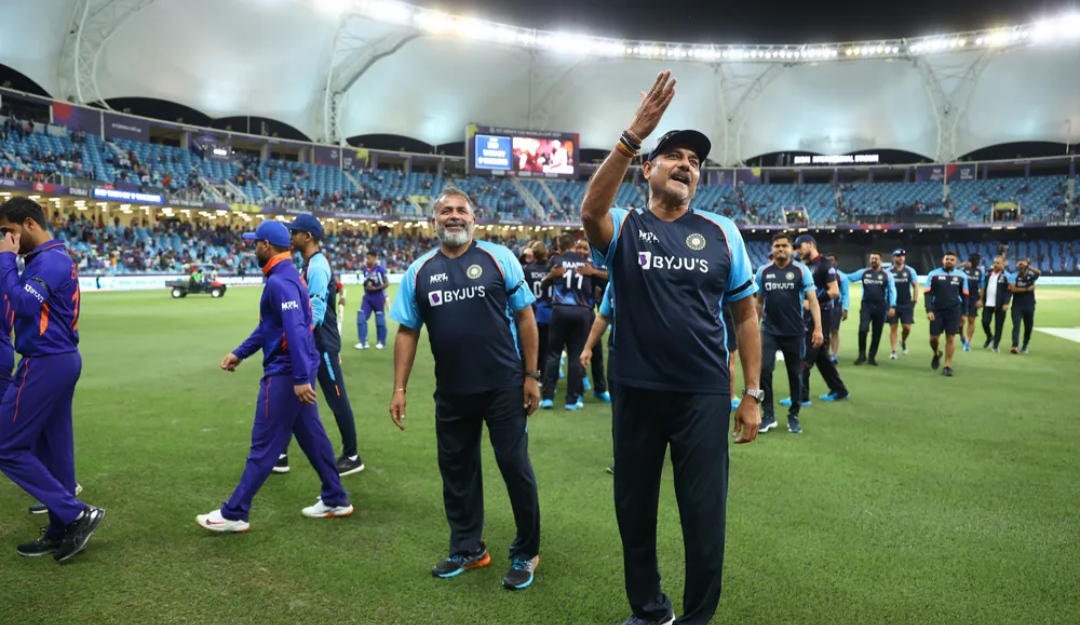