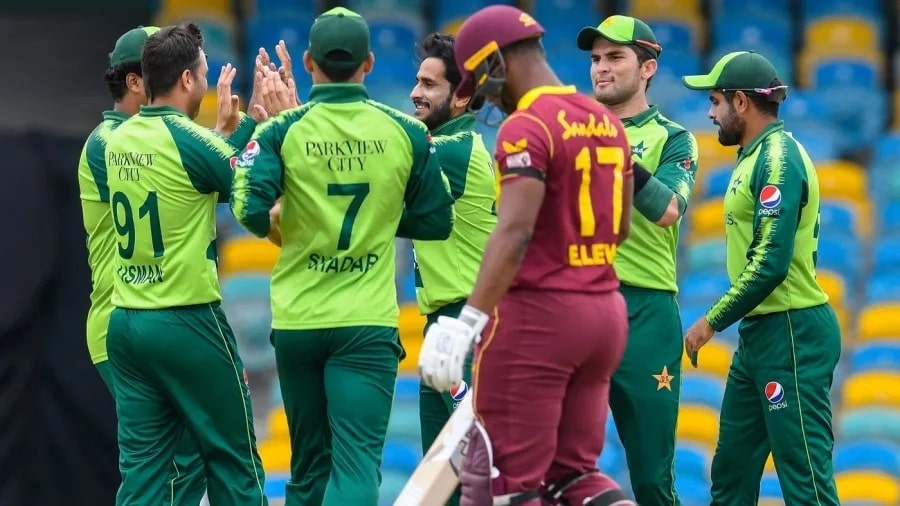 Dubai, October 19: With initial stages of the ICC Men’s T20 World Cup 2021 underway, the Super 12 teams continued their build-up to the tournament ahead of joining the action in the second round. We round up the action from Monday’s warm-up matches.

India chased down 189 to beat England with an over to spare as bat dominated ball in Dubai.

Johnny Bairstow (49), Liam Livingstone (30) and Moeen Ali (43*) upped the pace in England’s first innings. Bairstow was dismissed just shy of his half-century by a blistering yorker from Jaspit Bumrah, but, after some fireworks from Livingstone, Ali smashed 21 off the final over to lift England to 188/5.

India lit up the powerplay in reply, with KL Rahul’s stunning 51 off 24 balls getting the chase off to a lightning start. Ishan Kishan top-scored in his role as opener with 70(46), and it was Rishabh Pant 29(14) and Hardik Pandya 16(10) who finished it off in style.

Five England bowlers went at more than 10-an-over, while Chis Jordan’s penultimate over leaked 23 runs with the match on the line.

Pakistan laid down a marker ahead of the Super 12s with an impressive seven-wicket win over defending T20I World Champions West Indies.

Spinners Imad Wasim and Shadab Khan conceded just 13 runs off their five combined overs as the West Indies top order got bogged down in Dubai.

A quickfire 23 off 10 balls from captain Kieron Pollard helped the Windies to 130/7, but Pakistan made short work of the target, knocking it off with seven wickets and 27 balls remaining.

Skipper Babar Azam stroked a composed 50(41) at the top of the order, but it was Fakhar Zaman who produced the fireworks, slamming 46 from 24 balls including a maximum to wrap up the win in the 16th over.

A steady 31 from Temba Bavuma and Aiden Markram’s 48(35) set the platform in the first innings, with David Miller smashing 20 from 10 at the death to lift the total to 145/5.

Afghanistan’s reply got off to an inauspicious start, with openers Mohammad Shahzad and Hazratullah Zazai both dismissed without scoring.

As the required run rate crept up, Afghanistan were forced to take risks, and the wickets fell all-too regularly for the chase to ever gather momentum. Captain Mohammad Nabi top-scored with an unbeaten 34 in his side’s 104/8 off 20 overs but it was too little too late.

Australia had Josh Inglis to thank for a three-wicket win over neighbours New Zealand in Abu Dhabi. There was eight required from three deliveries when Inglis came to the crease following the dismissal of Ashton Agar, but he smoked consecutive fours to seal the win with one delivery to spare in a dramatic finish to the chase.

Earlier Kane Richardson and Adam Zampa were the pick of the bowlers as New Zealand were restricted to 158/7 off their 20 overs, with four batters passing 30 but none going on, Kane Williamson top-scoring with 37(30).

Australia’s reply stuttered in the middle overs as Steve Smith and Marcus Stoinis struggled to prevent the run rate from rising. But a late cameo from Mitchell Starc and Inglis’ heroics made up for it at the death.