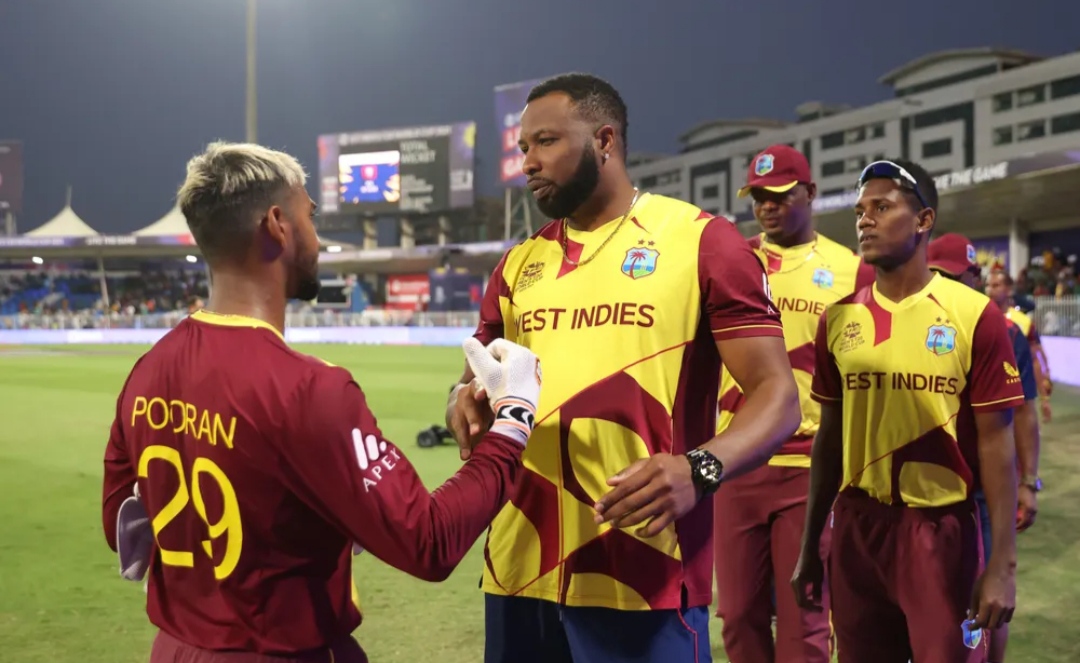 Dubai, November 5: Kieron Pollard declared himself heartbroken but determined to fight on in the international game as West Indies’s Super 12 fate was confirmed with defeat to Sri Lanka.

The Windies saw their ICC Men’s T20 World Cup title defence flounder further as they went down by 20 runs in Abu Dhabi, making the top two an unreachable target.

Pollard’s side were second best with bat and ball with the skipper pointing his finger at the former as central to their struggles.

“The batting has struggled throughout the entire tournament. It has been disappointing, it’s something we’ve seen over and over and it’s something that hasn’t helped us,

“We just have to accept we weren’t good enough. The guys are disappointed, I am disappointed myself.

“Hopefully at the end of the campaign when it’s finally over, we’ll be able to sort of give some information what we think or what we thought might have gone wrong.”

Pollard himself had to go from ball one in the run-chase and went for a golden duck, bowled by Wanindu Hasaranga to encapsulate his side’s struggles.

With one more game to come against Australia in Abu Dhabi on Saturday, Pollard’s final message was a resolute one.

“Unless you are part of the decision that is going to get rid of me or fire me or retire me, as I stand right now, I have no intentions of not playing international cricket,” said the 34-year-old.
“One tournament or a couple bad games don’t make a summer. For me personally, there’s a lot of mileage in my legs other than individual.

“There are people in the front scenarios who make decisions and I can’t, when it comes to that question, I can’t make that decision.

“But again, we have a tendency as things go badly, the easiest thing for us to do is look for things to blame and chop and change and do different things. But we accept that. I accept that.

“You know, sometimes you have to absorb the pressure before you apply, but personally as an individual, I have played a lot of good cricket in the last 18 months or two years or so, so three or four games, not going to lead to Kieron pulling out, I’m sorry.”

For Sri Lanka meanwhile, it was a superb way to end an encouraging tournament that yielded four wins from six Super 12 games.

Their batting in particular has exceeded expectations and Pathum Nissanka and Charith Asalanka both sparkled in an entertaining 91-run stand for the second wicket.

Neither of the pair are in double figures when it comes to T20I matches played, with captain Dasun Shanaka paying tribute to their immaculate preparation for the tournament.

“When it comes to Nissanka, they have been working hard throughout their careers,” he said.

“Actually, they are doing their homework very well. So that’s the reason they come, very special in the biggest stage.

“So we have to keep them pushing and pushing through the areas that they need to concern more about in the future, so that is it. I think they have got a huge career ahead of them. So for the world cricket, they will perform well to that world cricket.

“They know what exactly to do to come better in their game. So they will be really good in the future.