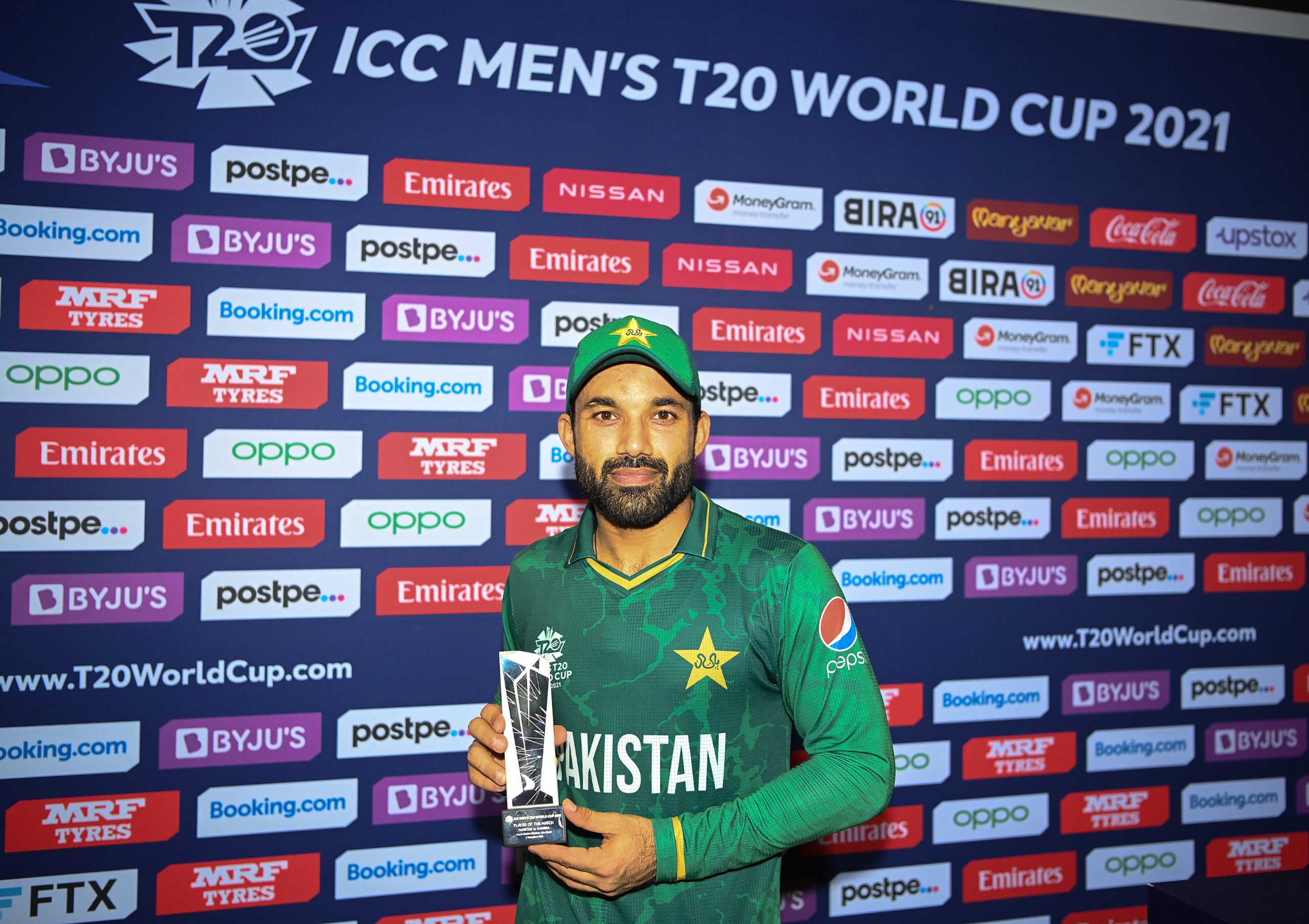 Abu Dhabi, November 3: Few could have predicted quite how successful Mohammad Rizwan would become at the top of the order for Pakistan.

The 29-year-old wicket-keeper only regained the gloves from Sarfaraz Ahmed in 2019 but has certainly not wasted the chance to establish himself as his country’s No.1 behind the stumps.

Having made his international debut in the shortest form back in 2015, Rizwan was overlooked for the ICC Men’s World Cup in 2016 in favour of Sarfaraz, a decision that put his international T20 career firmly on the backburner.

It took him the best part of three years to work his way back into the fray but by the end of 2020, Rizwan was showing signs of some world class form.

With a top score of just 33 not out from his first 25 T20 internationals, a swashbuckling 86 against New Zealand in Napier in December 2020 signalled a change in the Pakistani batter’s short-form career.

Since then, he has only gone from strength to strength and has had a frankly peerless 2021.

The latest in a long line of imperious innings came against Namibia as an unbeaten 79 from 50 balls earned him the Player of the Match award in a 45-run triumph that all but secured Pakistan’s place in the World Cup semi-finals.

Rizwan has made 951 runs in 18 innings this year, registering nine half-centuries and one ton and has an eye-watering average of 95.1 and a strike rate of nigh on 140, and he’s not done yet.

And it is not solely the international arena where he has excelled, Rizwan has notched 1,651 runs in all T20 games this year and is now just four runs short of Chris Gayle’s record for most T20 runs scored in a calendar year set in 2015.

Today’s innings, where he shared a 113 partnership with captain Babar Azam, took him past both Babar and India skipper Virat Kohli’s best 12-month efforts in the shortest form of the game.

The records do not stop there, Rizwan’s career average of 52.66 is now higher than all the other 73 batters who have scored more than 1,000 T20I runs, superseding Kohli’s 52.01 average.

Having just listed all those impressive statistics, it seems odd to highlight how Rizwan’s knock against Namibia was far from fluent to begin with.

Having faced out a maiden from Ruben Trumpelmann’s opening over, Rizwan stuttered to 14 off 23 balls before finding any real rhythm.

However, as Jos Buttler showed so brilliantly with the first hundred of this year’s ICC Men’s T20 World Cup against Bangladesh, patience is a virtue at the top of a T20 innings, especially when you have the power to accelerate like both aforementioned wicket-keepers do.

And sure enough, Rizwan found his touch adding 65 in 27 balls to put Namibia to the sword at the back end of the innings and leave Pakistan out of sight and within touching distance of official confirmation of their place in the last four with a 45-run victory.

Speaking after the game, Rizwan revealed his plan was to take it deep – which certainly paid off – and that he thinks Pakistan have a fighting chance of doing the same in the tournament.

You feel the latter may be something of an understatement given the Men in Green, with Rizwan firing first up, have looked virtually unstoppable so far in the UAE with many quick to declare them favourites to lift the trophy on November 14.