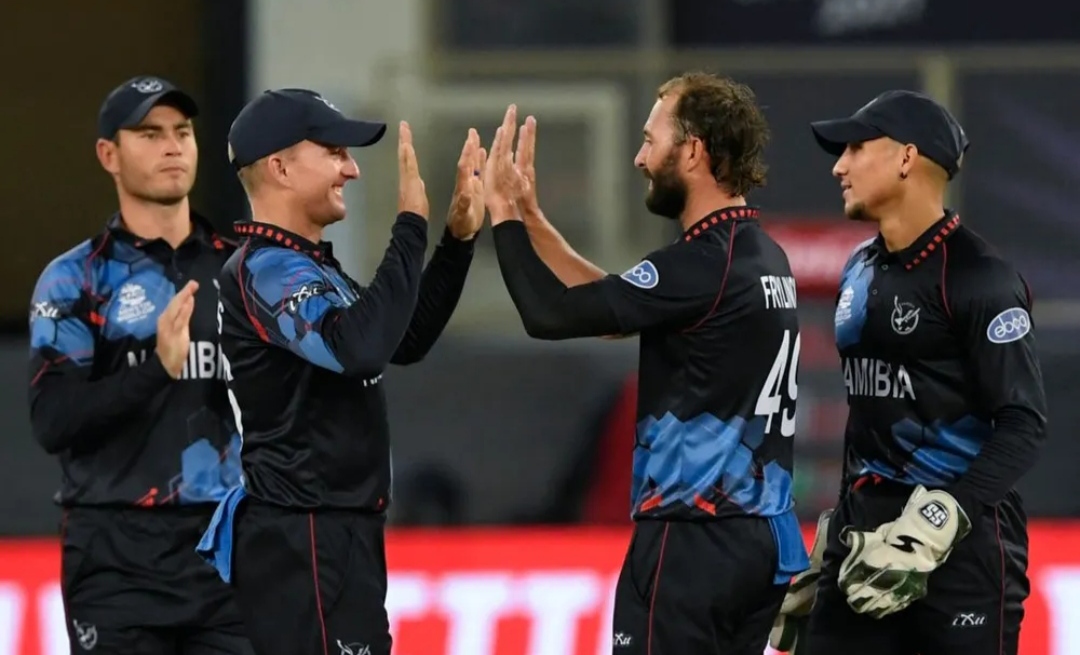 Dubai, November 9: Namibia may have been well beaten by India in the final Super 12s game of the ICC Men’s T20 World Cup 2021, but it is the Africans who leave the UAE with their reputation greatly enhanced.

A nine-wicket triumph for India will do little to soften the blow of missing out on the semi-finals after losing their opening two games to Pakistan and New Zealand, the two sides to progress from Group 2.

Virat Kohli’s reign as T20 skipper came to an end with a victory but his opposite number Gerhard Erasmus and his side have come out better from their stint in the Middle East.

Namibia made history by making the Super 12s after beating Ireland in the first round on their maiden World Cup appearance.

The impressive results did not stop there for the debutants as Scotland – who had blitzed the first round, beating Bangladesh – fell to a four-wicket defeat against them.

Namibia had an off day against Afghanistan but showed some real fighting spirit against Pakistan, the outstanding team of the tournament so far.

The bowlers had worked well to restrict Pakistan to 59 runs from the first 10 overs before an avalanche of late hitting saw them post 189.

In reply, Namibia were always a long shot but they showed great pride to bat the full 20 overs, making a very respectable 144 for five and earning them plenty of new fans.

Coach Pierre de Bruyn believes his side have “won a lot of hearts” during an “emotional rollercoaster” of a tournament and it would be hard to disagree with him.

A country that boasts just nine cricket pitches across the whole nation have admirably refused to be blown away by the cricketing might of the world’s best.

At 94 for seven against India today, it would have been easy for Namibia to fold without having anything to bowl at.

But a spirited rearguard effort, 37 runs coming from the final four overs, gave India something to think about.

And although classy 50s from openers Rohit Sharma and KL Rahul saw India comfortably home it did little to undermine what has been a resounding success of a campaign for Namibia, who came in 19th in the MRF Tyres ICC Men’s T20I rankings.

Things also could have been very different if Michael van Lingen had not dropped Rohit Sharma on nought at fine leg but unlike the other teams who failed to make the semi-finals, Namibia should not fixate on the ifs, buts and maybes.

Their impact has been far greater than solely winning games of cricket with hopefully a new wave of cricketers to come from the country and by virtue of reaching the Super 12s their place at next year’s ICC Men’s T20 World Cup is already secure.

Erasmus summed it up best after the game when he said: “We can take a lot of positives individually and as a team we’ll take this experience as a whole.

“It’s a good foundation for us if we want to make the next step [at next year’s T20 World Cup], that’s another awesome thing for us to look forward to.

“We’ve probably inspired the next generation of cricketers in Namibia.”

Playing with such pride, passion and emotion, Namibia have caught the eye on the big stage and proven to be a team far greater than the sum of their parts, especially when faced with the best individuals the sport has to offer.

Only time will tell how far they can go from this springboard.