Kashmir Sports Watch October 31, 2021 6:59 am
T20 World Cup: Shoaib Malik, Mohammad Rizwan down with flu ahead of semi-final
I am fit, have no plans to Retire: Shoaib Malik

Dubai, October 31: Namibia have left no stone unturned in planning to deal with Afghanistan’s deadly spin trio in T20 World Cup, according to batter Craig Williams.

Now they need to do what so many batting line-ups have failed to do, which is to tame Afghan twirlers Rashid Khan, Mujeeb Ur Rahman and Mohammad Nabi.

“We’ve put in extreme amounts of analysis into the opposition and we’ve worked on individual game plans,” said Williams.

“So I think sitting where we are now tonight, we’re in a really good place. Anything could happen in T20 cricket, we know that.

“We’ve played Afghanistan, many, many times in the past. We know what they can do.

“So it’s just about on the day being able to handle our nerves and execute the plans to put in place.

“So, in terms of playing spin, we’re extremely confident against spin. It’s just a matter of being able to execute your plan on the day against the best in the world because that’s who we’re playing against.”

Williams set the tone for Namibia’s win in their opening game, hitting a measured 23 in a successful chase of 110.

With the ball, Ruben Trumpelmann proved the value of left-arm pace with a superb spell of three for 17 to break the back of the Scottish batting line-up.

Their opponents Afghanistan, who they face at the Sheikh Zayed Stadium in Abu Dhabi, need to pick themselves up off the canvas in Group 1.

They came close to defend 148 against Pakistan, eventually falling by five wickets with the target chased down with an over to spare.

Nabi’s side have appeared at the tournament five times but never gone past the Super 10 stage. Naveen-Ul-Haq remains confident of them doing so.

“I think the table is right open, other than Pakistan who have already confirmed their spot in the semifinals,” he said.

“We’ll be having a great contest, great matchup coming up with them in a week’s time.

“So you can’t say much at the moment who will be qualifying or who is not. It’s only Pakistan who have made it through. But there is still one spot.” 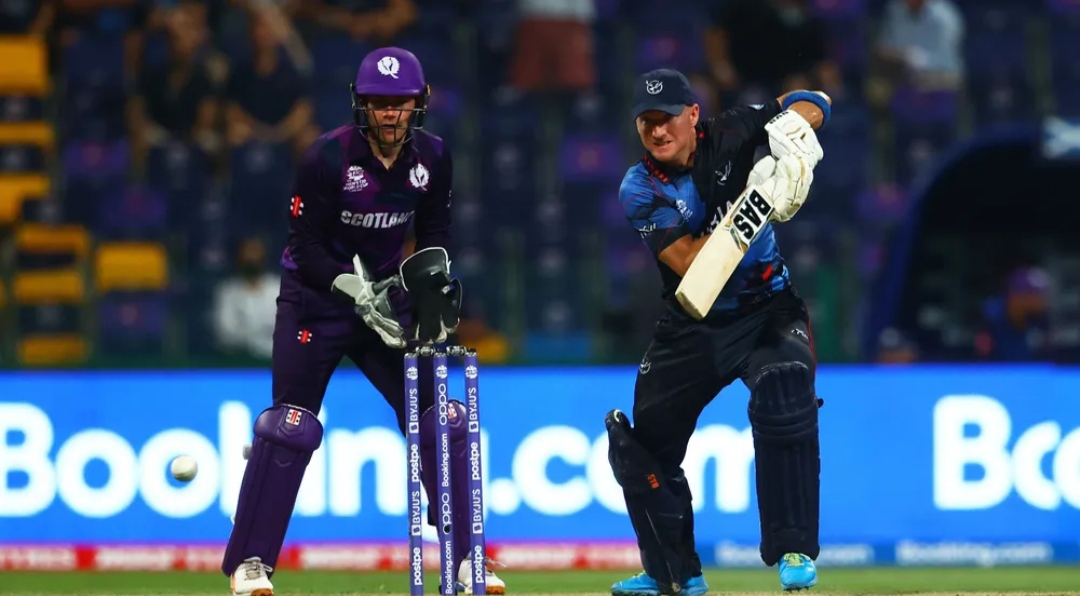