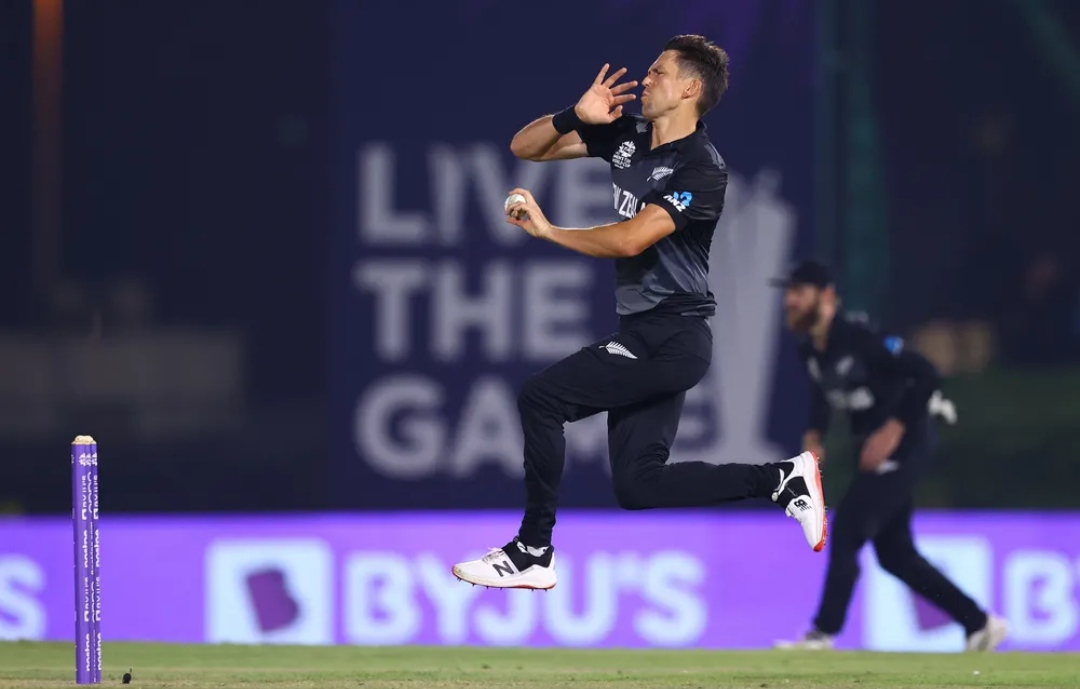 Abu Dhabi, October 31: The eternal ‘nice guys’ of cricket New Zealand will play with smiles on their faces when they take on India tomorrow, according to fast bowler Trent Boult.

Having faced off in the ICC Men’s World Cup 2019 semi-final before meeting earlier this year in the World Test Championship final, the Blackcaps are looking forward to coming up against India again.

Both sides go in needing a win to help their chances of making it out of Group 2 having both lost to Pakistan in their opening matches of the Super 12s.

“When it comes to these world events, playing India is always an exciting match,” said Boult.

“The fans and the audience that comes with it is very exciting and of course as players we want to take on the best players and really showcase our skills.

“We’ve had some good memories. We’re really excited about tomorrow night in terms of the style of cricket that we play.

“And I suppose we try to go out there, play in the right spirits, play with a smile on our face.”

New Zealand lost to Pakistan by five wickets in Sharjah and will take on India in Dubai, with Boult admitting the changing conditions are difficult to deal with.

“I would say these conditions here are a big challenge, to be honest. They can change drastically across the many weeks that we’ve been here,” Boult added.

“But in terms of our side, and I suppose the tools we have in our shed is a lot of experience. Guys that can perform on certain wickets, and we feel confident that we have the skills to beat India tomorrow night.

“But it’s definitely a big challenge, definitely unusual foreign conditions to what we’re used to back home.

“But that’s the joy of international cricket and World Cup cricket, it’s about testing yourself on numerous conditions.”

India lost by ten wickets to rivals Pakistan in the opening match of Group 2, but captain Virat Kohli refused to blame any of his bowlers.

Kohli said: “I don’t want to single out any individuals. I think as a bowling group we failed to pick up wickets and we understand that can happen in the sport.

“It’s not a guarantee that every time you take the field you will be able to pick up wickets.

“These are the same guys that have been doing the job for us for a long period of time. We understand how things went and where they went wrong.”

After facing Shaheen Shah Afridi and Imad Wasim against Pakistan, Kohli is prepared to face another top-notch bowling line-up in New Zealand.

He said: “We obviously will come up against some quality bowlers all around the world in this competition, and hence the intensity and the level at which this competition operates is very, very different.

“We played against these individuals for a long period of time. It’s not something out of the ordinary that’s going to come our way and it all depends on how we take the field mentally and how we counter that.

“I feel absolutely confident hitting that ball fairly and not thinking about any other scenarios, I think that’s key to batting in high-pressure situations and it’s something that we’re looking forward to execute as a team.”