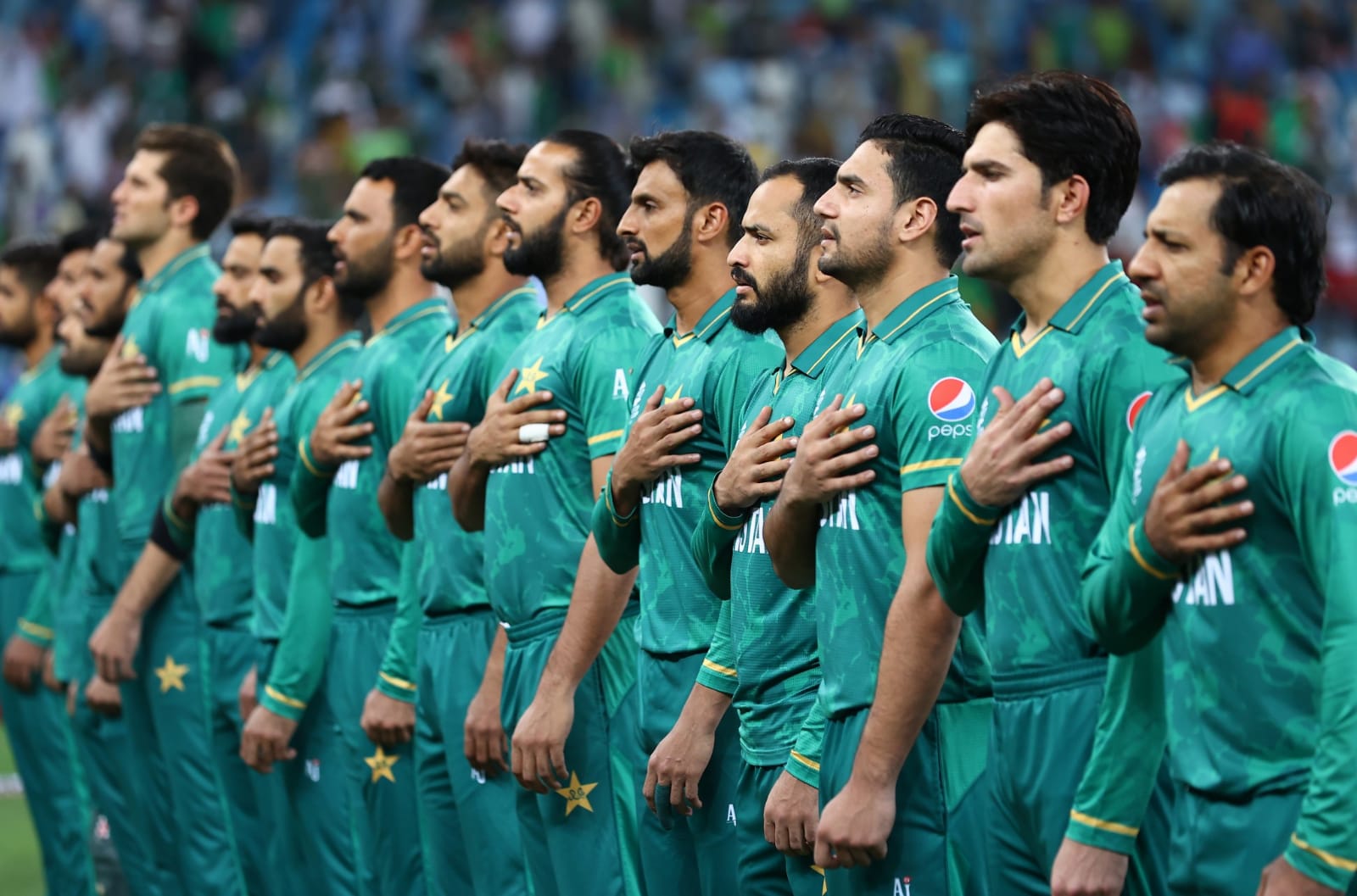 Dubai, November 8: You never know which Pakistan team will turn up at the ICC Men’s T20 World Cup 2021 – the good one or the great one.

Babar Azam’s side are consigning to ridicule one of the international game’s most hackneyed cliches – they are no longer unpredictable, but playing great cricket, game in, game out.

Top spot in Group 2 is just reward for a perfect record of five wins from five in the Super 12 stage, wrapped up thanks to a 72-run victory over Scotland.

This makes them favourites on paper to lift the trophy in Dubai next Sunday as the only unbeaten team in the tournament.

Standing in their way in the semi-finals will be Australia – who they have beaten in 12 of their 23 T20I meetings – and their plans to spring a surprise and reach their second-ever final.

There will be intriguing match-ups all over the field on Thursday.

Shaheen Shah Afridi and Imad Wasim give Pakistan the left-arm angle to challenge Aaron Finch in the powerplay, while the return to form of David Warner may be more of a concern.

The key to the game lies in whether Australia can separate Babar and Mohammad Rizwan, the most prolific partnership in the competition, early on.

If either Josh Hazlewood or Mitchell Starc can snaffle an opener in the first six overs, Justin Langer’s men can expose the poor form of Pakistan number three Fakhar Zaman.

Fakhar opened the batting with some success from 2017 to 2020, striking at 140 in that period. In nine matches at number three, his strike rate is a good deal lower at 120.

In Oman and the UAE, his return from five innings is 54 runs and he looked woefully out of nick against Scotland, groping at a Chris Greaves delivery and picking out cow corner, departing for eight.

Fakhar, who burst onto the scene as an opener at the 2017 ICC Champions Trophy, desperately needs time in the middle. The ICC Men’s T20 World Cup semi-finals is not the place to get it.

Mohammad Hafeez’s brand of pure hitting and know-how helped stitch the innings together against Scotland, lifting it to 189 for four, and prevented any loss of momentum when the top order fell.

Then in Shoaib Malik and Asif Ali they have two of the game’s most devastating finishers, helping them access totals in excess of 180 which, logic suggests, will be beyond Australia in a chase.

At 39 years old, Malik is one of the marvels of world cricket. He made his Pakistan debut in 1999, the year that the first of the ‘new’ Star Wars movies was released, Bill Gates predicted a future with smart phones and before two of his teammates at this tournament – Haider Ali and Mohammad Wasim – were even born.

The veteran batter flayed Scotland for 54 from 18 balls, Pakistan’s fastest-ever T20I fifty and the eighth quickest of all time.

Central to his six-hitting ability – he crossed the rope six times in Sharjah – is using the depth of his crease to maximise his options straight down the ground and neutralise the yorker length.

He hit Greaves for three back-foot maximums in the final over and sent Safyaan Sharif soaring through the wide long-on and midwicket channels a few balls earlier.

His prowess against leg-spin could pose problems for Australia given how important Adam Zampa is to their wicket-taking intentions in the middle overs.

Pakistan’s bowling attack is also in fine fettle. It’s hard to imagine Shaheen Shah Afridi’s form not in some way deciding the outcome of knockout cricket in the next week.

Hasan Ali’s form is a cause for concern. He did get rid of the labouring Kyle Coetzer in the last over of the powerplay with a wicked, cutting slower ball to clean bowl the opener.

But he was given the treatment by Richie Berrington, who ended with an excellent unbeaten 54, and was by some distance the most expensive Pakistani bowler.

Pakistan have used the same 11 players in all five games and with no other frontline bowler sitting on the sidelines, Hasan’s struggles could cause ongoing headaches.

Still, if you want to win the ICC Men’s T20 World Cup 2021, the likelihood is you’ll have to beat Pakistan. This time, you know what you’re going to get.