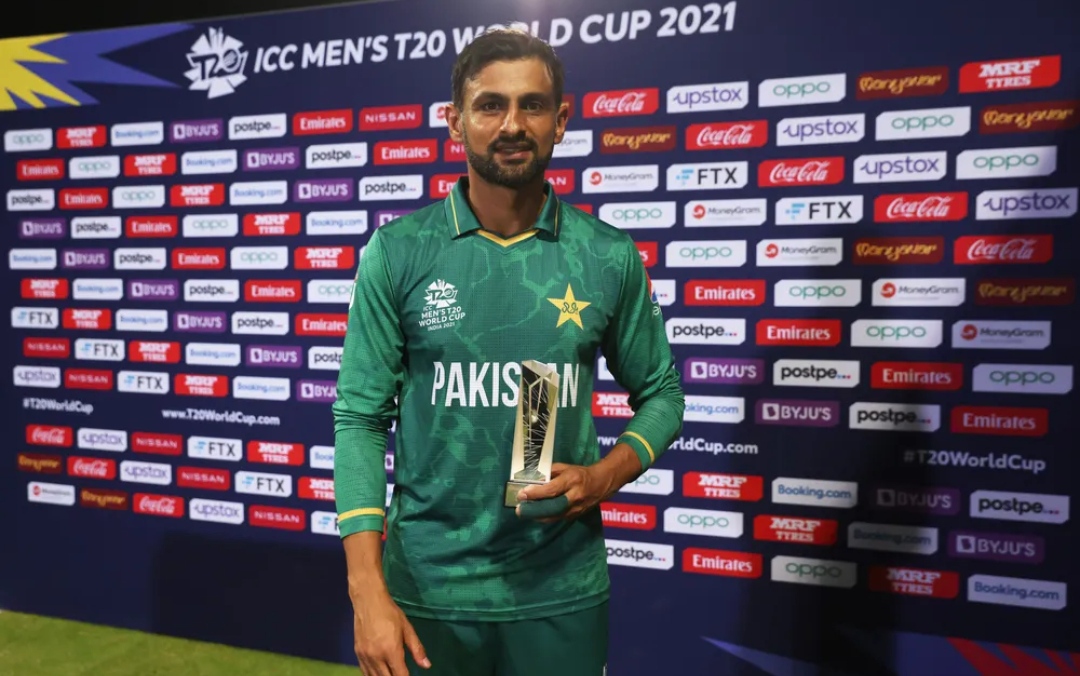 Sharjah, November 8: Shoaib Malik revealed how his anger at missing out on Pakistan’s initial squad propelled him to a starring role at the ICC Men’s T20 World Cup 2021.

The veteran batter, 39, struggled badly for form in the Caribbean Premier League and missed out on Misbah-ul-Haq’s initial selection for the tournament.

But Malik managed to work his way back into contention and his brutal 18-ball fifty in Pakistan’s 72-run win over Scotland was the ultimate statement of intent.

“I was playing on the Caribbean Premier League when they have announced the first team, and my name was not there,” he said.

“Of course I felt bad. I was very disappointed. But I’ve seen a lot of the teams where my name was not there, so of course when you’re not part of World Cup team, then it hurts.

“I had the opportunity because I was playing in the Caribbean Premier League, and then I’ve come back, I played a domestic tournament because I still enjoy going to the ground, and that’s what keeps me going.”

Shoaib hit six sixes in what was Pakistan’s fastest-ever T20I fifty and the eighth quickest of all time.

It helped his side post 189 which was enough for victory, seeing them top Group 2 and set up a semi-final clash with Australia.

Despite the length of his service in the international game, having made his debut in 1999, Shoaib remains one of the fittest members of his squad.

It’s clear that sheer vanity plays a part in him having maintained such high physical standards.

“Well, to be honest, I would say I have self-obsession of seeing myself fit when I look at it in the mirror,” he said.

“Most importantly I’m still enjoying playing cricket, and it’s helping, as well, end of the day towards the team.

“I guess if you want to stay fit, then you’ve got to train every day, and that’s what I have been doing.

“I’m not sure about playing a year more or two more years. Right now I’m middle of a very important thing and not thinking about all that.”

Having achieved one of their aims in advancing to the Super 12s, including via a landmark win over Bangladesh, they struggled to make an impression in the second phase.

“Not that we have never played here before, we have done and quite a few times, but what we’ve realised is the importance of the powerplay,” said Coetzer.

“We haven’t really nailed that yet in terms of with the bat. I think the importance of how to play high-quality spin bowling.

“We have to go away and look at that and see how we can develop that as much as possible.”

Coetzer reflected with pride on his team’s journey and they will hope to return to the big stage and qualify for the ICC Men’s T20 World Cup 2022 in Australia.

“This seven weeks or so I’m extremely proud of how we’ve played and what we’ve achieved. We’ve got an excellent group, and the guys are willing to learn.

“I think we’ve shown on a couple of occasions almost what we’re capable of. We’ve got plenty left in the tank.

“But hopefully from the seven weeks or so we’ve managed to inspire as many associate nations as we possibly can and hopefully certainly inspire young cricketers back in Scotland.”