Harare , April 23: Shocking everyone and creating history , hosts Zimbabwe on Friday registered its first ever win in T20 International’s against Pakistan at Harare Sports Club.

Zimbabwe defended below total of 118 runs successfully to hand Pakistan a 19 run defeat in second T20 of the series.

Batting first Zimbabwe made only a paltry 118-9 as wickets tumbled at regular intervals.

But Pakistan, who beat South Africa 3-1 in a four-match series earlier this month, fell short in a laboured chase as they were bowled out for 99.
Luke Jongwe emerged the home hero as he took the important wickets of Mohammad Rizwan (13) and captain Babar Azam (41) to finish with figures of 4-18.

Zimbabwe bowled with accuracy and fielded without mistakes to make up for a poor performance in Wednesday’s first T20 and set up a deciding contest in the last of the three-match series on Sunday.
“It was big turn around for us after the first game,” said stand-in captain Brendan Taylor afterwards. 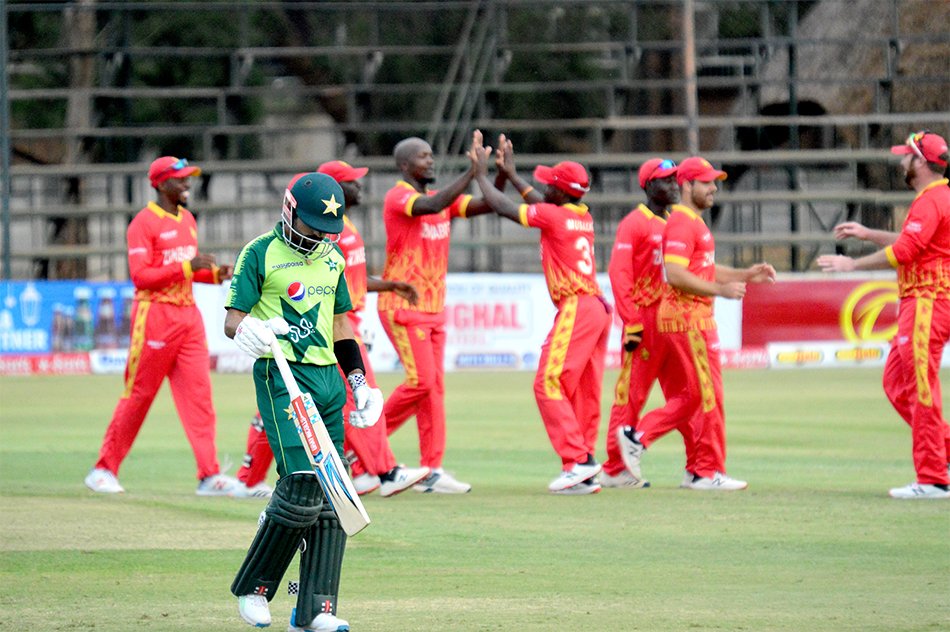