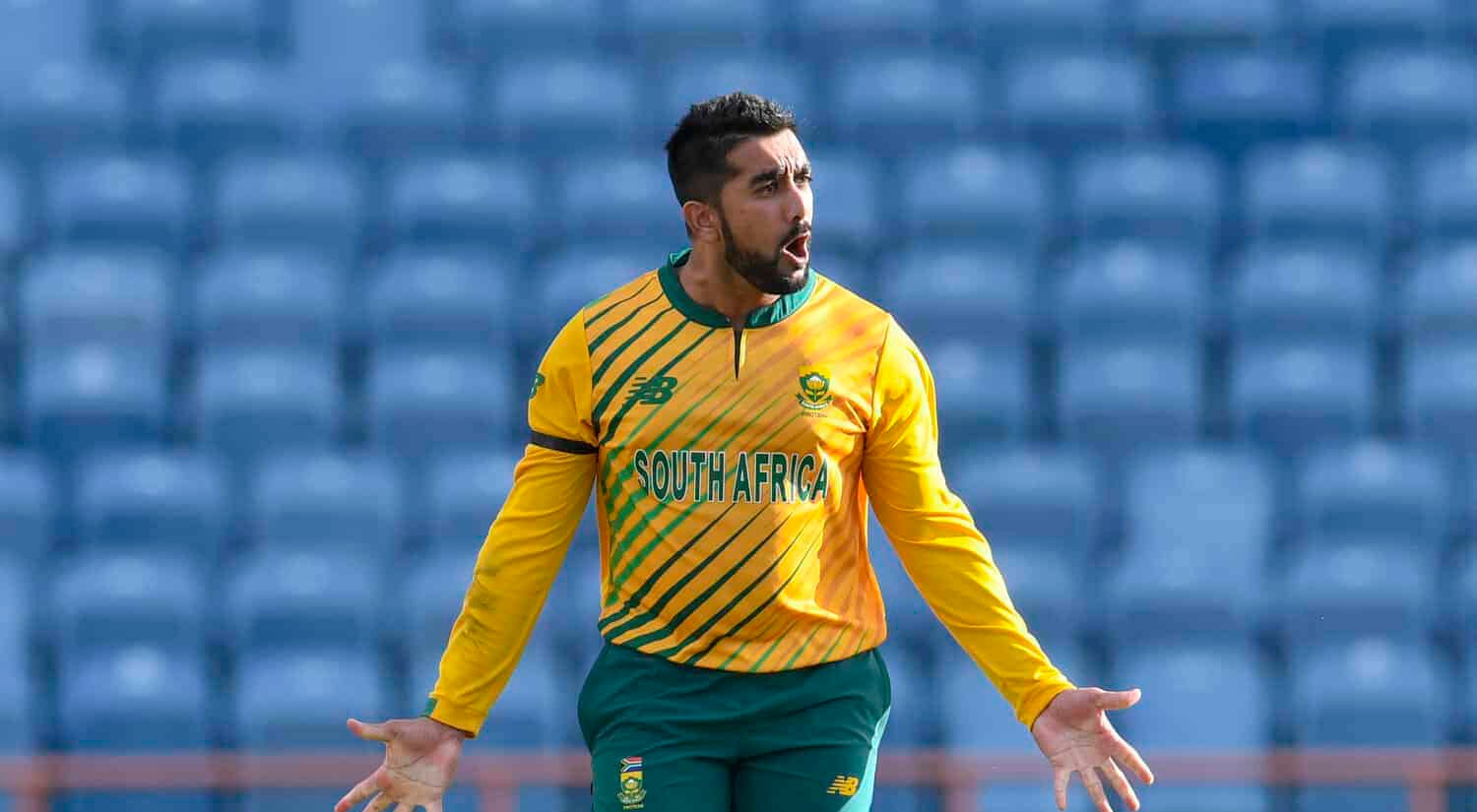 Dubai , October 17: When it comes to the best spinner at the ICC Men’s T20 World Cup, it’s hard to look past Tabraiz Shamsi.

The South African is ranked No.1 in the MRF Tyres ICC Men’s T20I Player Rankings for a reason and as a left-armer, he poses a significant challenge for batters.

Left-arm wrist spinners are rare in international cricket – he’s very consistent, can turn the ball both ways and has tremendous control.

I saw him recently in the Caribbean when South Africa played the West Indies and he was able to spin webs around the West Indian batters.

I see him playing a major role for his team with the ball – he has the ability to bowl in different phases of the game, too, which is important.

His captain Temba Bavuma will be able to call on him to deliver at any time in the innings and that’s worth its weight in gold.

In terms of other spinners, Ravichandran Ashwin is of course there for India. He has that experience; he’s played for quite a long time now.

Australia can bowl Adam Zampa and Ashton Agar in tandem and they have done well bowling together in the recent past.

Most of the teams have quality spinners in their ranks – at least two of them, because of the conditions teams predict that they will face. They can all win games single-handedly.

That said, if there’s one area of the West Indies team that I’m worried about, it’s the spin department. It’s an area of shortcoming for them.

They have the one frontline spinner, Hayden Walsh, who had an exceptional home series quite recently. He didn’t have a good Caribbean Premier League and going into this tournament, his form is not the best and his confidence might not be the best.

He is quality enough to do well in the tournament, but outside of him, there aren’t any out-and-out spinners. Being able to take wickets throughout the innings is so important.

If the power hitters like Evin Lewis, Chris Gayle and Andre Russell can get the team to over 200 runs consistently, that area of deficit can be ignored. But if we don’t score those type of runs, the bowling will be found out and the spin bowling in particular.

Spin was a big strength of ours when we won the tournament in 2012 and 2016. We had Sunil Narine, Sulieman Benn and myself who could all use the new ball in any game.

Spin is always important and has an integral role in T20 cricket – we’ve seen that in previous editions of the ICC Men’s T20 World Cup.

It’s being played in the UAE and Oman, where we have traditionally come to expect slow conditions. I foresee spinners having a big impact in this tournament.

We played quite a few series in Pakistan and I played in the Pakistan Super League.

Because of the heat factor and the dry nature of the surfaces, you always expect spinners to do well. The slow nature of the pitches also helps with that.

Spinners will do particularly well in Dubai, as well as in Sharjah, which give you more of an opportunity. They will prosper less in Abu Dhabi because in my memory there is a lot of grass on the pitch there.

T20 cricket puts a lot of pressure on spinners, because you can bowl four or five good balls and still end up going for runs.

When the conditions favour the spinners, there’s always additional pressure and expectation that they come and win the game for the team.

Spinners are always under pressure in this game, whether you’re bowling in the first over or the last. It’s not new for them.