Chittagong, November 28: Taijul Islam ran through the Pakistan batting lineup and returned with a seven wicket-haul to give Bangladesh a crucial first-innings lead before Shaheen Afridi and Hasan Ali wrestled back control.

Pakistan had gotten off to a brilliant start on day two after skittling Bangladesh out for 330. The visitors finished the day on 145/0, with Abid Ali seven runs away from a century and Abdullah Shafique on 52.

Bangladesh couldn’t have asked for a more perfect start on day three as they got rid of two Pakistan batters in the very first over. Taijul Islam trapped Abdullah Shafique and Azhar Ali in front of the stumps off consecutive deliveries.

Abid Ali soon got to his century, his fourth in Test cricket, but he kept losing partners at the other end. Mehidy Hasan Miraz went through Babar Azam’s defence and rattled the off-stump while Islam had DRS to thank for his third wicket of the day as he dismissed Fawad Alam for 8.

Pakistan went into lunch at 203/4, adding only 58 runs to their overnight score while losing four wickets.

Bangladesh struck immediately after the break, with Ebadat Hossain trapping Mohammad Rizwan plumb in front of the stumps. Abid Ali soon followed him back to the pavilion, failing to make the most of a dropped catch two balls before he eventually got out. Taijul Islam was once again the thorn in Pakistan’s side, getting yet another batter leg before wicket.

Hasan Ali showed some intent and took Taijul on for a six and a four off consecutive balls. But it was the left-arm spinner who had the last laugh as he got Ali out stumped to complete his ninth Test five-wicket haul.

Sajid Khan and Nauman Ali’s stay at the crease was cut short by Hossain and Taijul respectively. Still 73 runs behind Bangladesh’s first innings score at that point, Pakistan’s last wicket pair of Shaheen Shah Afridi and Faheem Ashraf added a crucial 29 runs to reduce the lead to 44. Taijul scalped the final wicket, with Ashraf departing after a vital knock of 38.

Pakistan responded brilliantly to conceding a first innings lead, with the pacers tearing through Bangladesh’s top four. Afridi broke through for Pakistan, dismissing Shadman Islam leg before wicket. Two balls later, Najmul Hossain Shanto had to walk back to the hut without troubling the scorers, edging the ball to Abdullah Shafique at slips.

Hasan Ali got skipper Mominul Haque for naught the very next over, with Azhar Ali taking a good diving catch at mid-wicket. The Tigers lost Saif Hassan right after the drinks break to a ripper of a short ball from Afridi. Hassan had no choice but to fend it off but was too late as he lobbed it straight in the air into the safe hands of Afiidi who completed a simple caught and bowled.

Yasir Ali and Mushfiqur Rahim countered the remaining nine overs of the day as Bangladesh went to stumps on 39/4 with their lead at 89 runs. 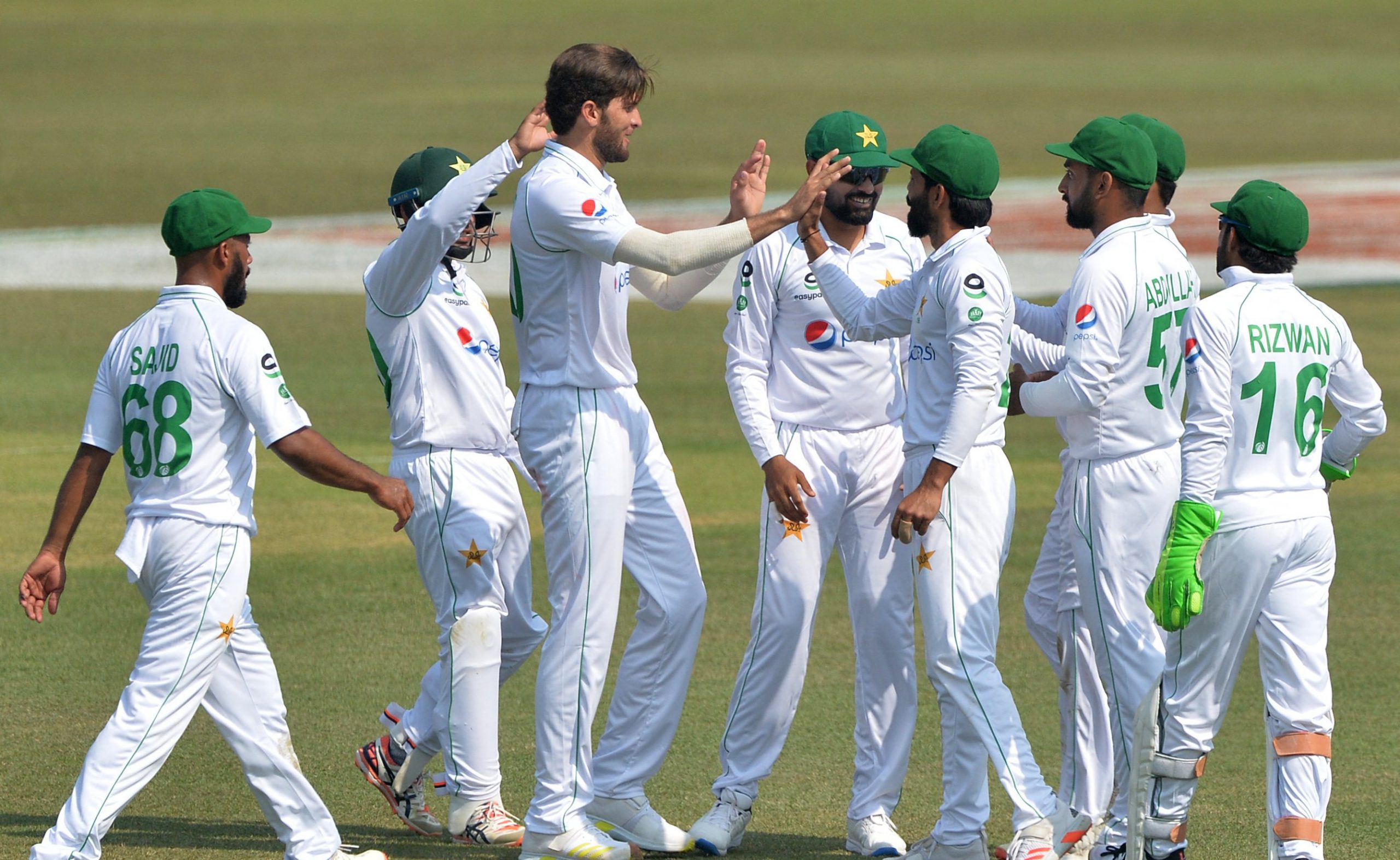