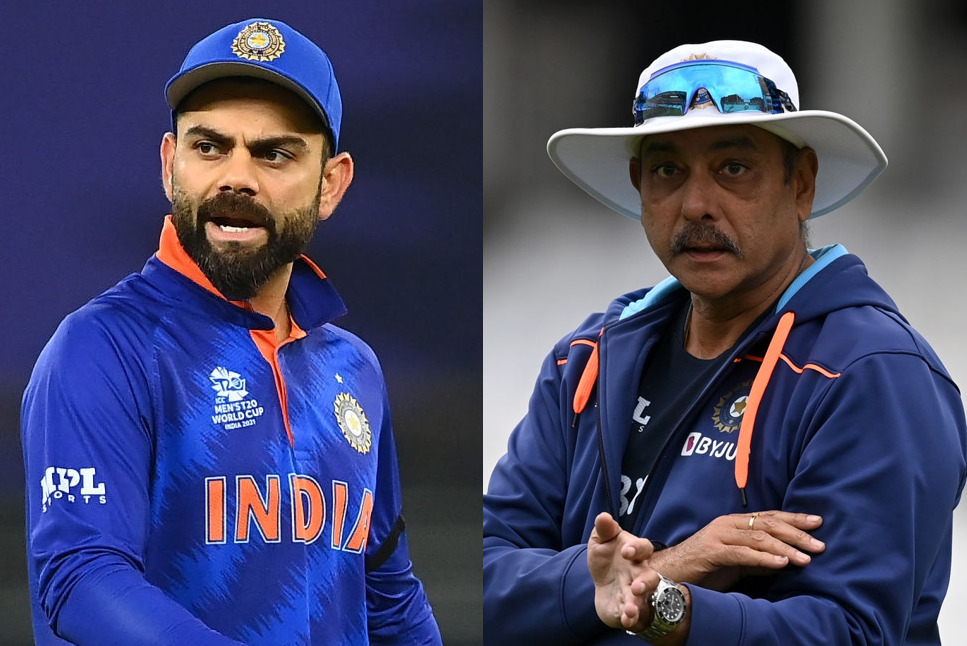 Srinagar, January 27: Former Team India coach Ravi Shastri has said that former skipper and star batsman Virat Kohli has good four to five years of cricket ahead of him and he should take a break to recharge himself.

Ravi Shastri as Team India coach and Virat Kohli as captain took team to greater heights. Now both are out of their respective roles with lot of controversy surrounding Virat Kohl’s removal as ODI captain.

Ravi Shastri has suggested a short “break” for Kohli to regroup and come out as a better version than the current one. Shastri said this while speaking with former Pakistan pacer Shoaib Akhtar in Oman where both are part of Legends Cricket League.

“He realizes he is 33, he realizes he has five years of good cricket ahead of him. If he can calm down, focus on his batting, take one game at a time, probably take a break from the game as well. I think if he sits out for two or three months or takes a break for a series, it would do him a world of good,” said Shastri on Shoaib Akhtar’s YouTube.

“To come back and play those three-four years as king, absolute king. You know where he is clear mentally, knows exactly what his job and role are, and then plays as a team player, that’s where I want to see Virat Kohli now. To come, contribute big time as a team player and help the team win,” he further added.