The event was held for 3 days and there were some matches played under lights at night as well.

“This was the first time in Kashmir valley that Basketball matches were played under flood-lights which were recently installed by J&K Sports Council,” a statement from organisers said.

Nuzhat Gul, while speaking at the occasion, appercatied the efforts of the organisers including Murtuza and Mujtuba for taking such an initiative to develop this game among youth in Srinagar.

At the end, she also distributed cash prize and momentos among winning & runner up teams. Labeeb Bhat was declared most valuable player of the tournament.

Organizers also thanked sponsors for helping them to organise this event successfully. 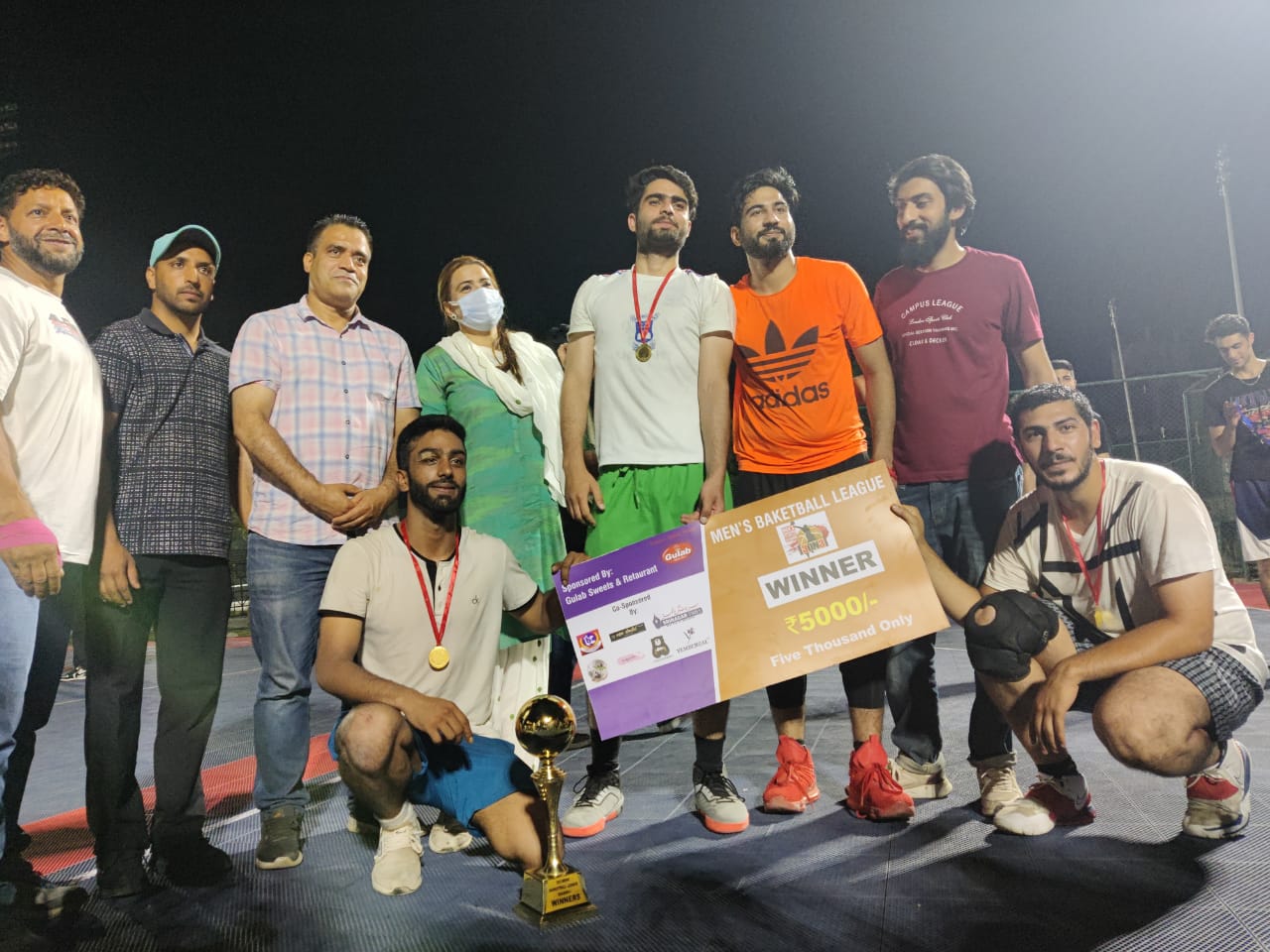