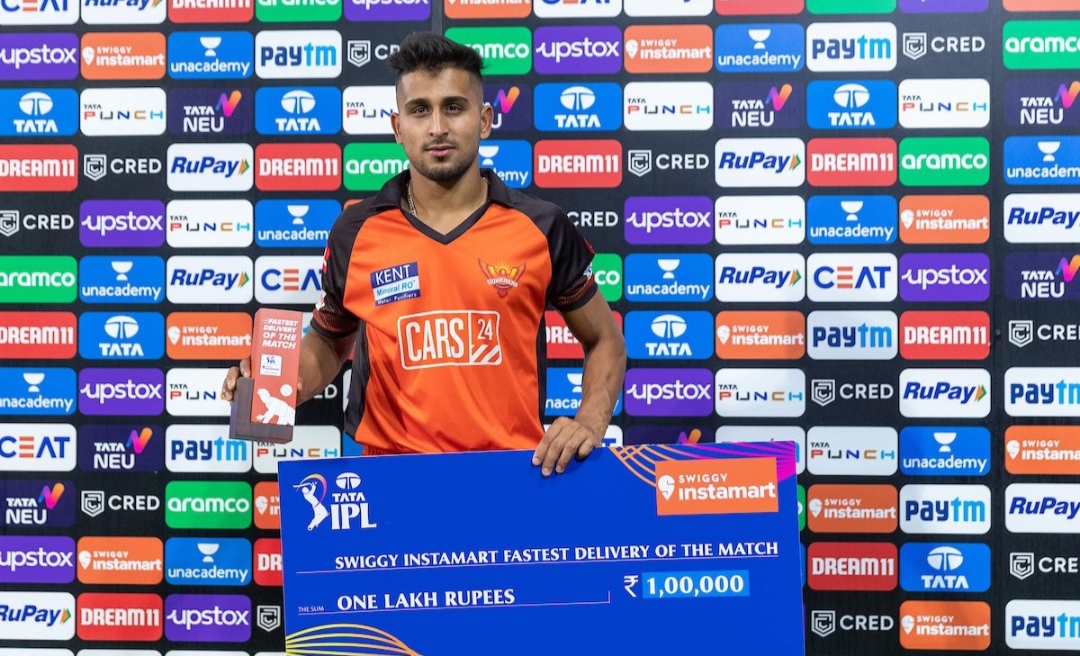 Srinagar, April 12: J&K’s tearaway pacer Umran Malik his making heads turn during ongoing IPL 222 with his sheer raw pace and latest to get rattled by his pace was Gujarat Titans skipper Hardik Pandya.

Umran Malik who plays for Sunrisers Hyderabad on Monday evening rattled rather floored Pandya with his fast bouncer that hit India all-rounder on helmet. However , Pandya responded to bouncer by hitting pacer for consecutive boundaries.

After the match when Hardik Pandya was asked about the incident , he said that it woke him up .

“The ball woke me up, but I will not allow a young player to dominate me. After that, I hit him for two successive fours to prove that even I can dictate terms to the bowlers. Overall, we were 10-15 runs short and proved to be the difference,” Pandya said.

Umran is bowling extremely fast during ongoing IPL 2022 and has already clocked fastest ever ball bowled during the tournament history. He is also bagging fastest ball of the award in every match he has been playing. On Monday , Malik also took wicket of Mathew Wade.