The Ashes: Australia go 2-0 up despite England’s fightback 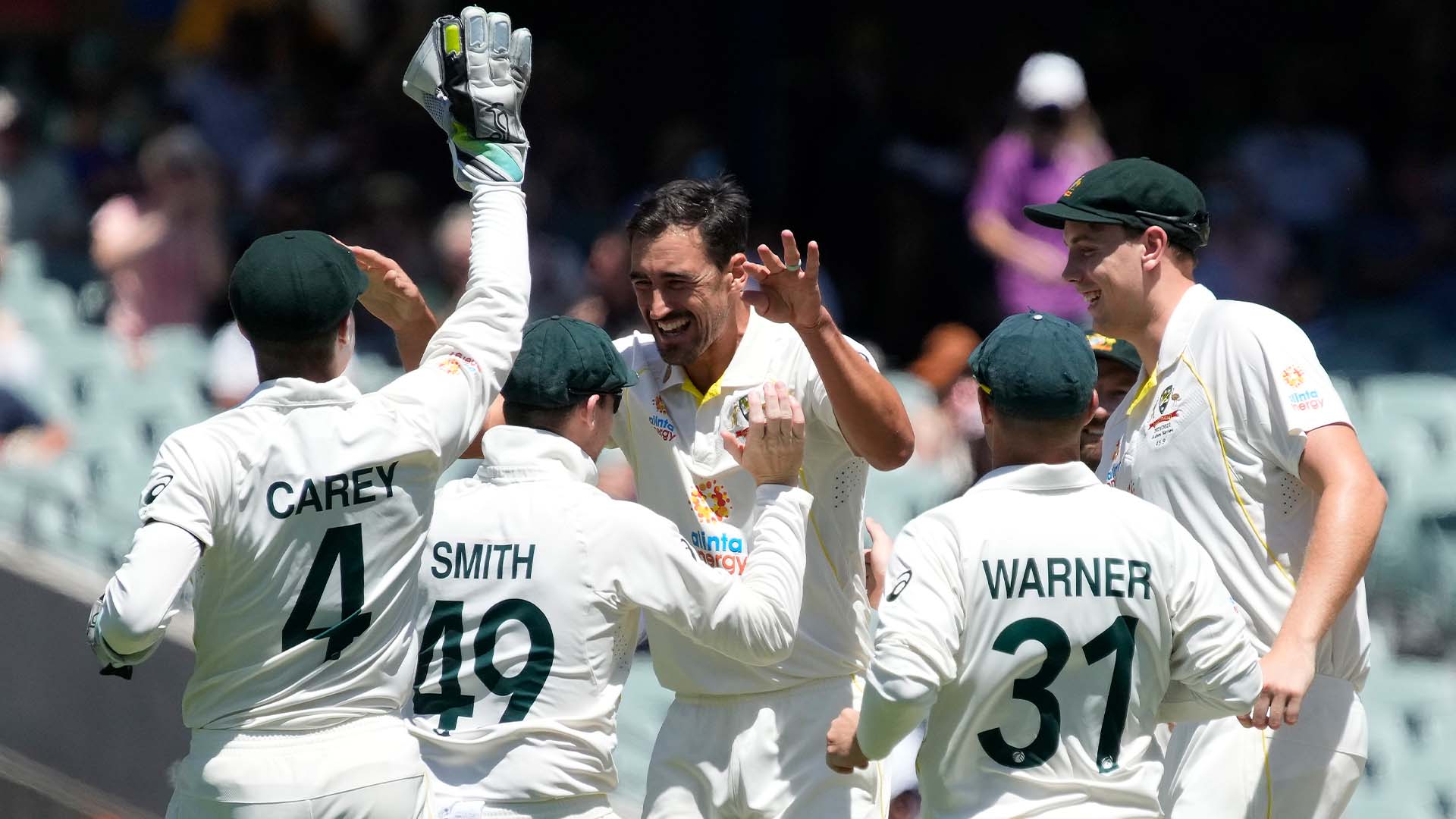 Adelaide, December 20: Australia sealed a 275-run victory against England on day five of the second Ashes Test in Adelaide with Jhye Richardson taking his maiden five-for.

Resilience was the need of the hour for England to have any chance of salvaging the Test match. But a fired-up Mitchell Starc had different ideas. A change of angle paid rich dividends as he got Ollie Pope poking at a delivery from round the wicket. Steve Smith proved to be a safe pair of hands as the England batter had to walk back for 4.

Survival though would be a big task ahead for the visitors with the Australians attacking from both ends – Starc mixing up his line and length with some clever variations while Nathan Lyon getting some vicious turn from a day five Adelaide pitch.

The pressure would finally pay off as Lyon trapped Ben Stokes which was initially adjudged not out by the umpire. Smith decided to review the call and it proved to be a masterstroke as the replays showed three reds on the screen. Stokes would be gone for 12.

Jos Buttler (16) and Chris Woakes (28) would negotiate the remainder of the first session despite a disciplined effort from the hosts.

Woakes and Buttler continued to frustrate the Australian bowlers with their resilient defence. The new ball also couldn’t do the trick as the partnership between the pair was now up to 61. Woakes was approaching his fifty as Buttler looked comfortable in the 20s.

But Jhye Richardson would finally deliver the breakthrough, getting one to nip back one in sharply off the surface; Woakes was bowled after a resolute knock of 44.

Buttler then embarked on another frustrating partnership for the Australians alongside Ollie Robinson. The pair dug it out in the middle with the clear aim of blocking and leaving as many deliveries as possible.

But a clever variation from Nathan Lyon brought the next wicket. Bowling round the wicket, the ball from the spinner went away with the angle, inciting an edge off Robinson’s bat. Smith took a sharp catch as Robinson went back into the hut for 8.

Buttler and Broad saw out the rest of the session unscathed, going into the final phase of the match needing to survive 26 overs.

However, Buttler departed soon after tea in unfortunate circumstances. Facing off against Richardson, he went deep into his crease and stepped onto the stumps to be dismissed hit wicket; bringing an end to his gritty 207-ball knock of 26 with Australia now only one wicket away from a victory.

The final blow was delivered by Richardson which saw him complete his maiden five-for in Test cricket. A short delivery was too good for James Anderson to handle as he poked at the ball, which was scooped up by Cameron Green at gully.

It sealed a 275-run victory for Australia as they went 2-0 up in the series with the third Test beginning in Melbourne on 26 December.