The Ashes: Australia set sights on victory after another dominant display

Adelaide, December 19: Australia set England a target of 468 to chase on day four of the second Ashes Test in Adelaide before the bowlers reduced them to 82/4 ahead of the final day.

Starting the day off without the presence of skipper Joe Root, England had their backs up against the wall in order to restrict Australia as much as possible. James Anderson and Stuart Broad though came up with the commendable effort in their opening burst, pitching the ball up and getting some assistance off the wicket. Anderson would get the scalp of Michael Neser with a peach of a delivery, which was too good for the nightwatchman. Broad, bowling round the wicket, got one to nip away from Marcus Harris which got the edge to bring an end to his knock of 23.

Smith should have been back in the pavilion too but Jos Buttler’s mixed performance with the gloves continued as he dropped the Australian skipper off the bowling of Stuart Broad. Smith couldn’t make merry of the reprieve though as he was dismissed on 6 by Ollie Robinson as he tickled a ball which was down the leg side straight into the hands of Buttler.

Australia found themselves four down but the lead soon crossed 300 with the visitors getting desperate. Ollie Robinson would then revert to bowling off-spin, hoping to make things happen on a pitch that clearly had some assistance for the spinners.

But Labuschagne and Head would flick on a switch after the first hour, taking the attack to the bowlers. Head especially looked in sublime touch, scoring at run-a-ball. The pair would ensure that Australia didn’t have any more hiccups before the dinner break. The hosts would score 89 runs, extending their lead up to 371.

Head could not continue on with his rampage in the second session with Stokes taking a magnificent catch to dismiss him on 51. Lanuschagne would also bring up his half-century and then hole out in the deep in order to up the tempo. Alex Carey would follow suit on 6 with Cameron Green having the task of adding some runs with the tail.

He would do exactly that, getting great support from Mitchell Starc, who scored 19 off 20 despite having some troubles with his back. Richardson would then walk in and deposit one in the stand before holing out to Buttler. With the lead at 467, skipper Steve Smith declared the Australian innings with England now having a big task to survive over 130 overs.

England would have the worst possible chase in the thirty minutes they had to survive before tea as Haseeb Hameed walked back to the pavilion without troubling the scorers. Jhye Richardson would be the man to deliver the breakthrough for the hosts as they headed to the break with their tails up.

Rory Burns and Dawid Malan would then frustrate the bowlers after the break and the Aussies had to adopt a patient approach. But that finally paid off as Michael Neser’s accuracy got the better of Malan, who was trapped plumb in front. He reviewed the call but was unsuccessful walking back for 20.

Richardson would strike again finally bringing an end to Burns’ dogged knock of 34 with Steve Smith taking a good catch. Skipper Joe Root and Ben Stokes now had it all to do in the final part of the day.

It seemed as though they would get through the rest of the day with the pair still at the crease. But Mitchell Starc delivered a hammer blow in the final over before stumps, getting the big scalp of Root with a delivery that shaped away from round the wicket. The skipper would be gone for 24, leaving his side in all sorts of delirium ahead of the fifth and final day. 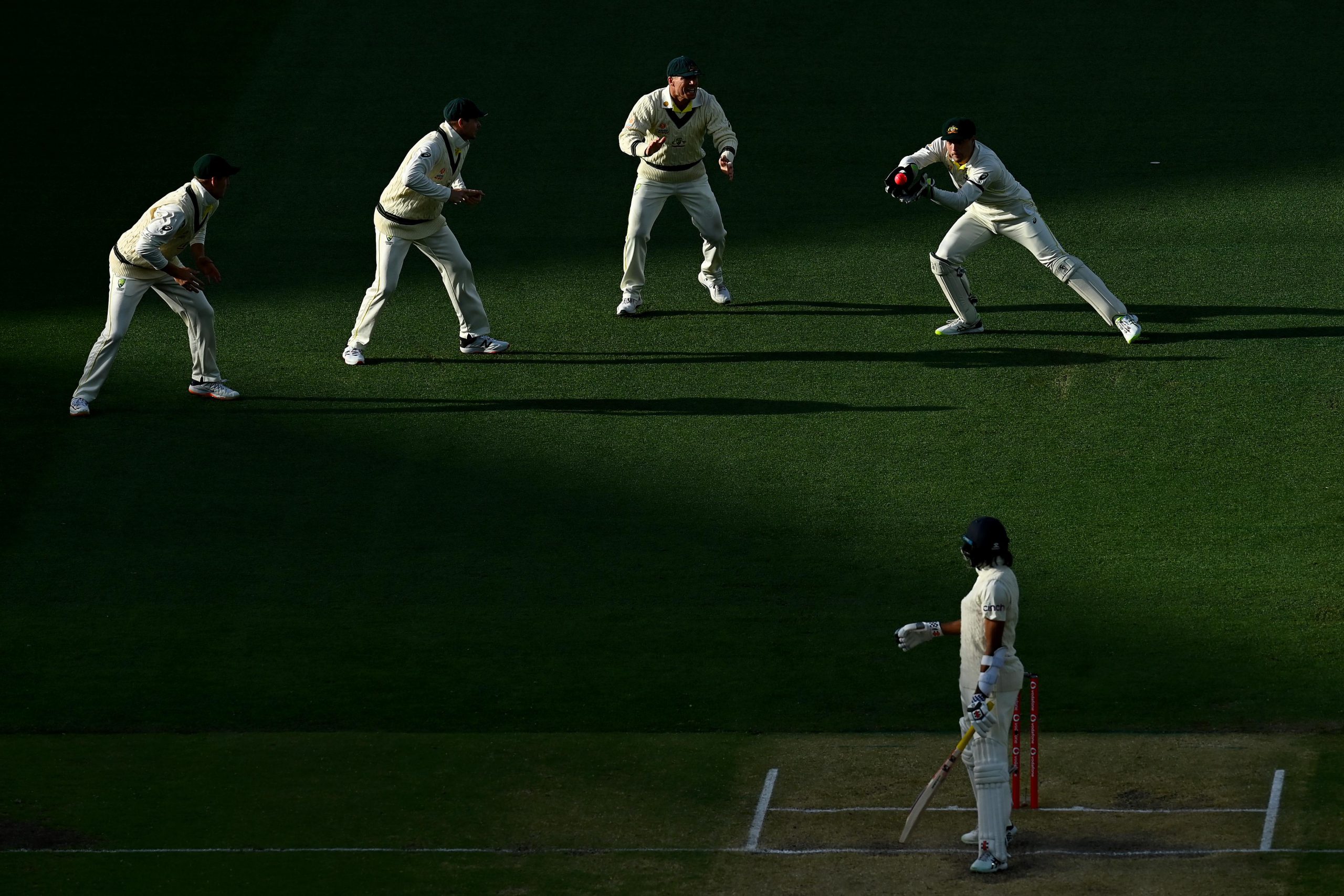