The Ashes: Bowlers fire again to put Australia in command 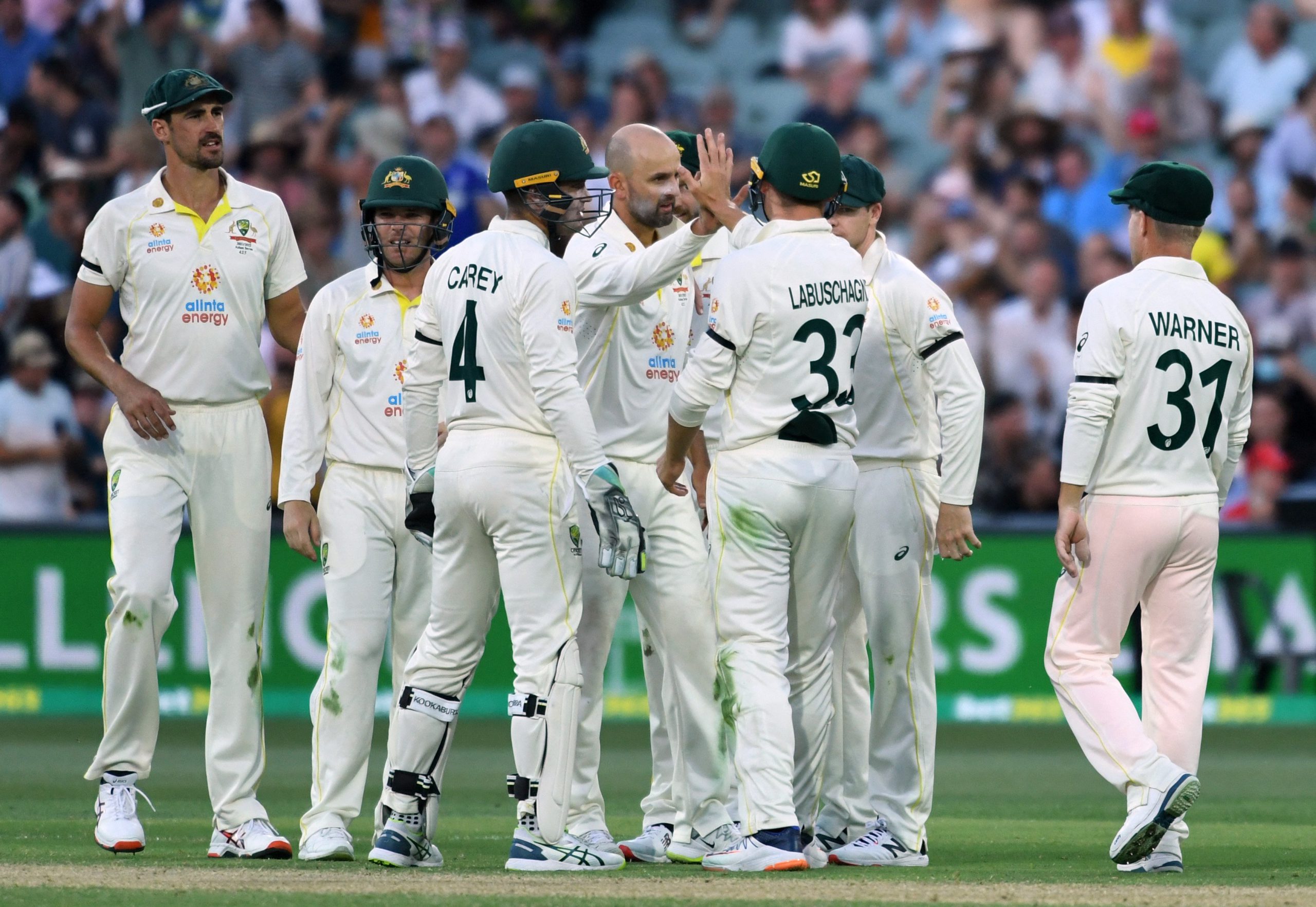 Adelaide , December 18: The Australian bowlers came up with a sensational bowling performance after the first session to skittle out England for 236 before ending the day on 45/1 with the lead at 282 in the second Ashes test.

Starting the day at 17/2, England needed a big effort from Dawid Malan and skipper Joe Root to mount a challenge and stay alive in the contest. They got precisely that in the first session, with the pair looking relatively comfortable under the hot Adelaide sun. They hardly gave an inch to the Australian bowlers while punishing the bad deliveries with great ferocity.

The partnership was now up to 128 as the visitors ended the session on 140/2.

Cameron Green’s inspired spell at the start of the second session would turn the tide of the match. In his 5-over burst, the all-rounder the ball to nip around from a fuller length while keeping things tight. This would reap great rewards, bringing him the scalp of Root for 62. The ball moved just enough off a length and Root couldn’t resist a poke at it with the ensuing edge bringing his downfall.

Green would then be taken out of the attack with Starc replacing him. This would turn to be an inspirational move as Malan slashed at a wide delivery only to edge it, walking back to the pavilion for 80.

Ollie Pope would be the next wicket to follow, first surviving after a correct review only to fall to Lyon a couple of deliveries later. He danced down the pitch but only found an inside edge to depart for 5 with Labuschagne taking a sharp catch at short leg.

Jos Buttler’s arduous stay at the crease also wouldn’t last long as Starc tested his patience before finally bowling one full and wide. Buttler had a go at it and edged it to Warner to walk back to the shed without troubling the scorers.

The tide of the match had completely changed now with Australia smelling blood as they headed to tea with England’s score at 197/6.

Australia continued in the same vein in the final session with Lyon bowling an absolute peach to Chris Woakes to bowl him out for 24. Robinson also didn’t trouble the scorers. It was now left to Stokes to add as many runs as possible to the Australian total. After a sombre start, the all-rounder started to showcase his full array of strokes.

He played some crunching strokes especially against Lyon before being bowled by Green on 34 trying to play one shot too many. James Anderson and Stuart Broad did show some resistance against some nasty Australian bowling, especially from Starc and Richardson with the new ball. But they were finally folded up for 236, with Starc getting his fourth with the dismissal of Broad.

Australian stand-in skipper Steve Smith then opted against enforcing the follow-on and openers David Warner and Marcus Harris would have the proposition of negotiating some tricky overs against the pink ball in the lights. It seemed as they would accomplish the task with great success. But a mix-up cost Warner his wicket, as he was run out for 13 with three overs remaining in the day.

Harris and nightwatchman Neser would see through those overs, with Australia ending the day in a commanding position at 45/1 with the lead standing at 282.