The Ashes: Dominant Australia in total control after an eventful day

The final session turned out to be an entertaining one courtesy of Michael Neser and Mitchell Starc’s partnership. Neser played an aggressive knock, smashing 35 runs from just 24 balls, which featured five fours and a six.

Jhye Richardson made a 3-ball 9 before falling prey to Chris Woakes as Australia declared on 473/9. Starc remained unbeaten after contributing with a run-a-ball 39*.

Australia quick Starc dismissed Rory Burns early, for 4, in the third over to draw the first blood. A few overs later, Neser snared Haseeb Hameed’s wicket on the second ball of his Test career. He had the England opener caught at mid-on for 6.

Earlier, Australia started the day at 221/2, with Marnus Labuschagne on 95* and Steve Smith keeping him company on 18*.

After spending in excess of 60 balls in the nineties, Labuschagne got to his hundred with an edge going past the slips for a four. Having been dropped twice by Jos Buttler on day one, his luck trickled into the second day as well when he was finally caught behind, only for Ollie Robinson to overstep and be adjudged a no-ball.

He offered another half-chance when he pulled Stuart Broad through square leg, just going past Robinson’s outstretched right arm.

However, Labuschagne couldn’t make much of the reprieves, as he added just one more run before Robinson finally got his man. Shouldering arms to a delivery swinging in, Labuschagne was trapped leg before wicket for 103, with the ball-tracker showing three reds.

The star from the previous game, Travis Head, joined Smith in the middle. The two added 50 runs for the fourth wicket, with Smith finding the boundaries with a lot more regularity. He got his 32nd Test fifty.

Head, having smashed Joe Root for a boundary off the previous ball, danced down the track but was beaten by a full-length delivery that knock over the stumps. Chris Green’s stay at the crease lasted all of five balls – Stokes hit the top of the stumps with Green completely beaten by the movement.

Smith and Alex Carey took Australia past the 300-run mark and into dinner break at 302/5. They continued to milk runs in the second session, making the England bowlers toil.

England tried every bowling option possible to break their partnership but the two batters looked solid to throw away their wicket. While Carey scored runs with caution, Smith from time to time showed his intent of making this innings a big one.

He scored two fours off one of Woakes’ overs including a false short and in the seamer’s next over, he hit him for a six with a pull in front of the deep square leg. Smith moved into his nineties with a four. However, Anderson struck to snare the prized scalp.

The England veteran had him trapped in front for 93, Smith reviewed the decision but eventually had to make the long walk back to the pavilion and that brought an end to his solid 91-run association with Carey.

The next ball, Carey brought up his maiden Test fifty in front of his home crowd, before he was caught by Haseeb Hameed in the same over for 51, off Anderson. Australia went to Tea at 390/7. 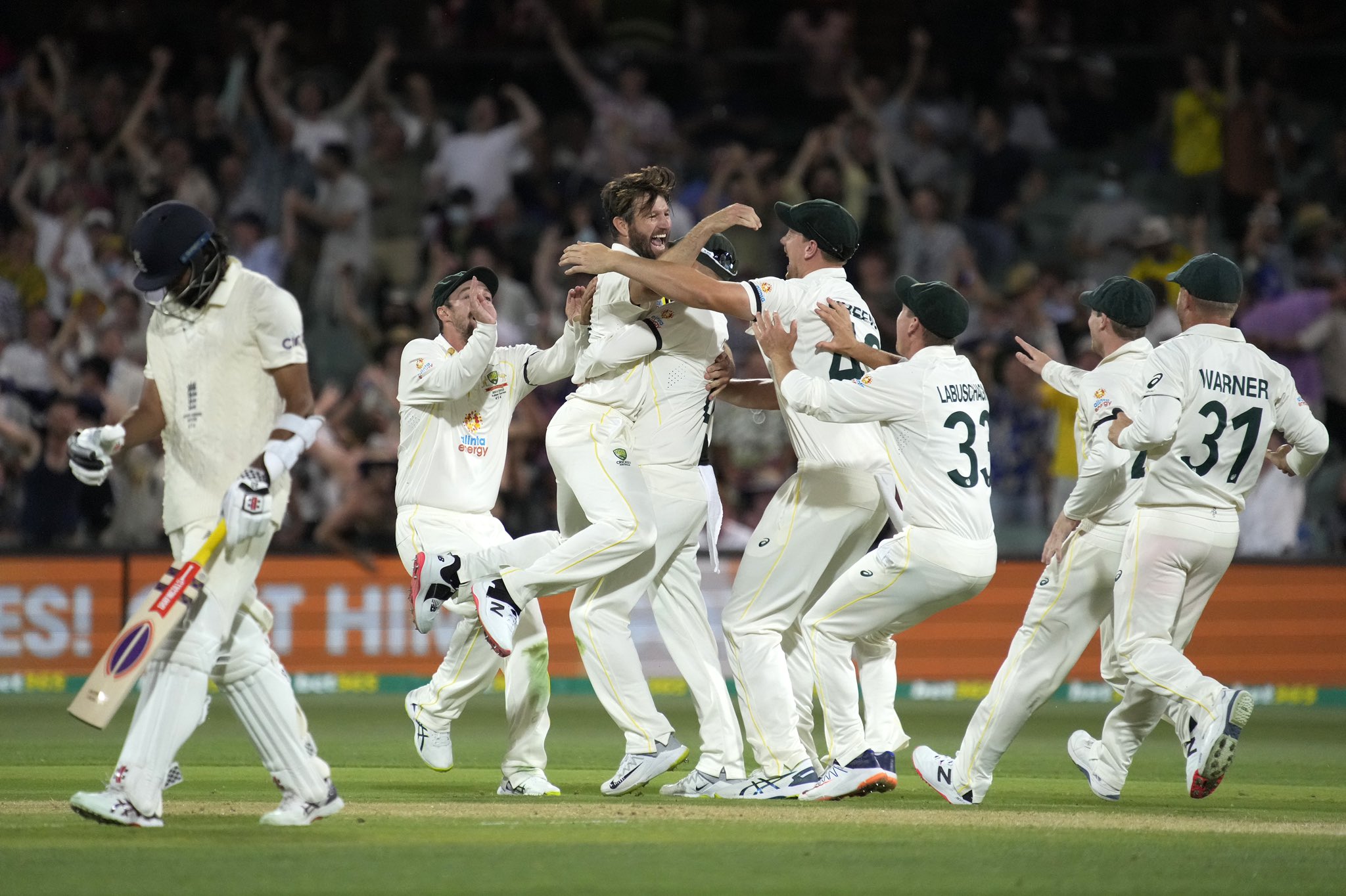