Adelaide , December 16: Marnus Labuschagne (95*) and David Warner (95) ensured that Australia had the upper hand on day one of the second Ashes Test in Adelaide with the score at 221/2.

Winning the toss, stand-in skipper Steve Smith decided to have a bat first. But the first session would prove to be a trial by fire for the hosts as the returning James Anderson and Stuart Broad consistently put the Australian batters under pressure. They were almost metronomic, pitching the ball in the right areas with Marcus Harris and David Warner struggling to keep the scorecard ticking.

After a couple of close calls, England would finally reap the rewards for their discipline. Harris’ eyes lit up at a short delivery from Broad, but he failed to get any sort of a decent connection. Jos Buttler then went flying to his right and took a sensational catch as the opener went back to the pavilion for 3.

Broad and Anderson would then continue in the same vein against Warner and Marnus Labuschagne, while Ollie Robinson and Chris Woakes backed them up brilliantly. Ben Stokes would embark on a short ball tactic before lunch as the hosts ended the session on 45/1.

Australia and especially David Warner upped the tempo in the second session. Labuschagne was still nurdling the ball around and leaving the deliveries but the opener was especially severe against the short ball. Anything wide was also punished with aplomb.

Warner would bring up his half-century, his second of the series as Labuschagne also started to look more and more settled at the crease. England were now starting to get exposed as the one-dimensional nature of their bowling attack failed to carve out any substantial openings.

Labuschagne, who was dropped on 21 by Buttler, also brought up his half-century as Australia enjoyed a much more comfortable session adding 84 runs without losing a wicket.

It would again be a struggle in the final session for the visitors, trying to disturb the rhythm in which Warner and Labuschagne found themselves. After almost an hour, an opportunity would finally arise for them.

Warner was edging closer to his century, upping the scoring rate in order to scale the landmark. On 95 though, he would perish with a loose shot which left him in disbelief. Stokes bowled one short and wide trying to incite a rash shot out of the opener and the plan worked to perfection. Warner would end up flat-batting it straight to Broad at covers as England finally had something to celebrate.

Steve Smith then joined Labuschagne on the crease and looked comfortable, with Australia starting to build another steady partnership. Labuschagne, meanwhile, was edging ever so close to his century with the end of day’s play looming large. He would be dropped again by Buttler in the 90s: this time off the bowling of Anderson with England left to rue another missed chance.

The pair would see through the rest of the session unscathed with Labuscagne unbeaten on 95 and Smith on 18 as Australia’s score stood at 221/2.

With the temperatures set to rise in Adelaide, England now have a big task in hand to wrestle back the control of the game on day two. 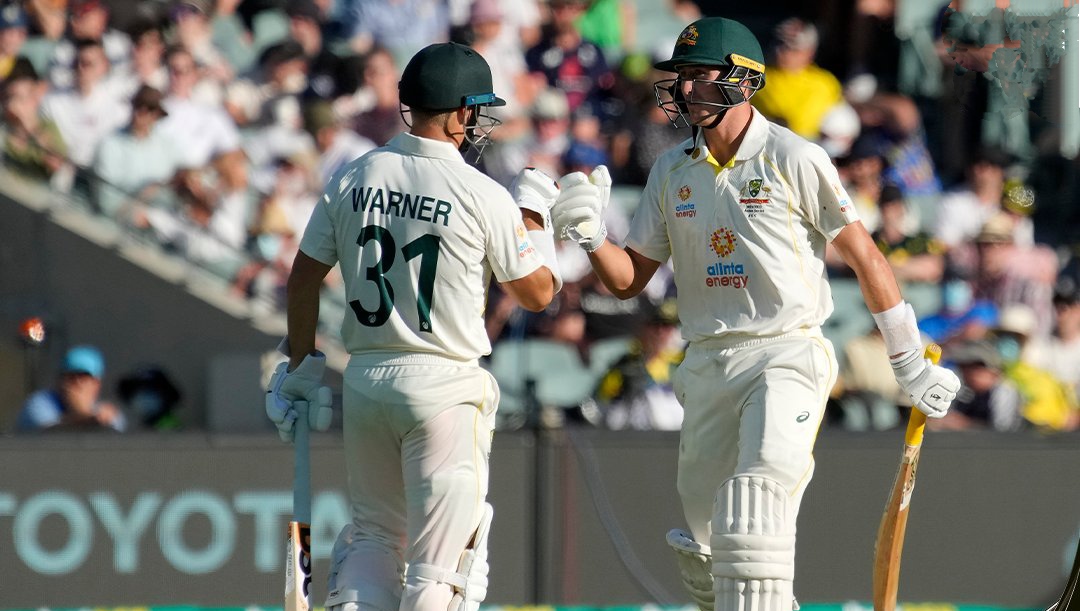 Newer Post
Mohammad Rizwan to play for Sussex in 202 season
Older Post
No rift with Rohit Sharma, I am really tired of this question, says Virat Kohli