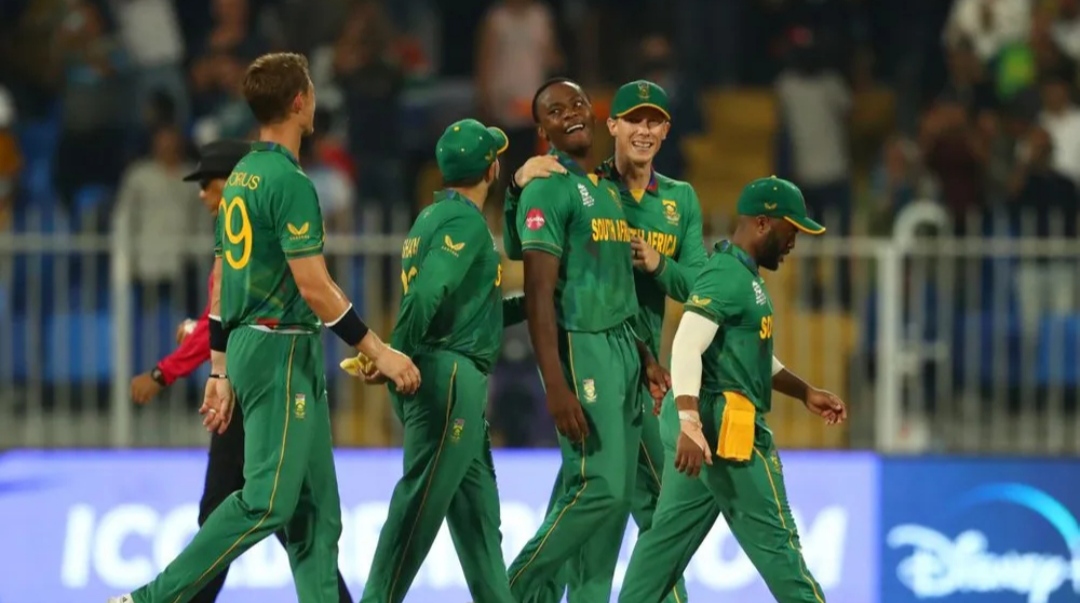 Dubai, November 7: There were a lot of reasons why Kagiso Rabada could have kept a low profile as his captain. Temba Bavuma considered who should bowl the final over of their ICC Men’s T20 World Cup 2021 campaign.

As South Africa took on England needing a win by 60 runs to qualify for the semi-finals, Rabada had gone for 45 of his previous three overs, including being whacked for three sixes in a row by Liam Livingstone.

To add insult to injury, the second of those maximums had consigned South Africa to a gloomy fate.

They would not be making it through to the semi-finals, as England passed 132 runs South Africa’s net run-rate dipped below Australia’s, meaning even a victory was futile.

However, that didn’t stop Rabada from taking the ball from Bavuma, bowling the final over and achieving something only three men have done previously at a T20 World Cup.

As he took the ball and walked to his mark, England needed 14 off the final over to ensure they went into the semi-finals undefeated, and Chris Woakes was on strike having smacked his first ball for six.

That did not deter Rabada from running in at full tilt and delivering a full toss wide of off-stump.

His head may have dropped as Woakes sent a huge heave to the leg-side boundary, but then he would have missed Anrich Nortje taking a superb catch just in front of the rope to get Rabada’s first wicket of the night.

With the batters having crossed, Rabada’s night didn’t necessarily get any easier as he now had to face Eoin Morgan.

Rabada ran and delivered the same ball to Morgan who this time sent it to deep backward square-leg where Keshav Maharaj was waiting to gobble it up.

Just like that he was on a hat-trick and had perhaps an easier batter to face with Chris Jordan ready to receive his first ball of the game.

Now a tried and tested method, in came Rabada again with a full toss on the off-side, Jordan hit it low to long-off where a diving David Miller took the catch.

Rabada had a hat-trick and perhaps for the first time in the night had a smile on his face as he broke into laughter.

Only he, Wanindu Hasaranga, Curtis Campher and Brett Lee had ever taken a hat-trick at a T20 World Cup and Rabada perhaps did it under the most difficult of circumstances.

And while South Africa will not have their name on the trophy this time, their leading fast-bowler has etched his name into the history books.