Karachi, December 12: Three West Indies team members have returned positive COVID tests, and will be unavailable for selection in the six international matches in Karachi.

All-rounders Roston Chase and Kyle Mayers, and left-arm quick Sheldon Cottrell also tested positive according to Cricket West Indies. The players are fully vaccinated and are without major symptoms.

A fourth non-playing member of the touring party also returned a positive test.

CEO of Cricket West Indies Johnny Grave says the rest of the touring party are gearing up for the series despite the setback.

“These were confirmed whilst the players and staff were still in room isolation, so despite this significant setback to our preparation plans, we are confident that the tour can continue as everyone else returned negative PCRs prior to their arrival into Pakistan and two negative PCRs since they have been in Karachi.

“The risk of COVID-19 infection is impossible to remove completely from a cricket tour, in spite of the fact that many of our players have been living in bio-secure bubbles almost continuously since before the CPL (Caribbean Premier League). This unusual loss of three players from our squad will seriously impact our team preparations, but the rest of the squad are in good spirits and will begin training today ahead of our first game on Monday.”

The four to return positive tests will remain isolated from the rest of the squad, and are now under the supervision of the team Physician, Dr Akshai Mansingh. They will remain in isolation for ten days and until they return negative test results.

The three-match T20I Series starts on 13 December at the Karachi National Stadium, before three ODIs as part of the Cricket World Cup Super League. 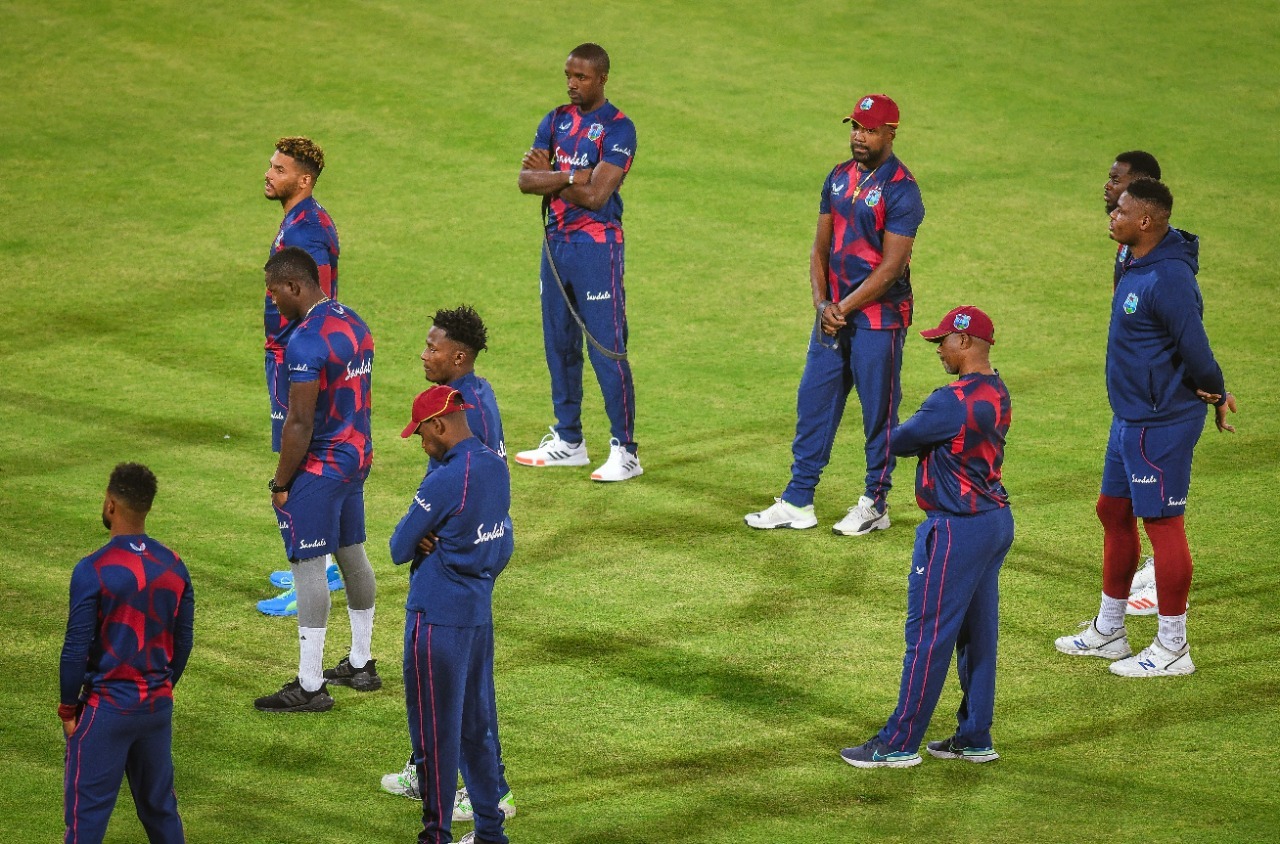