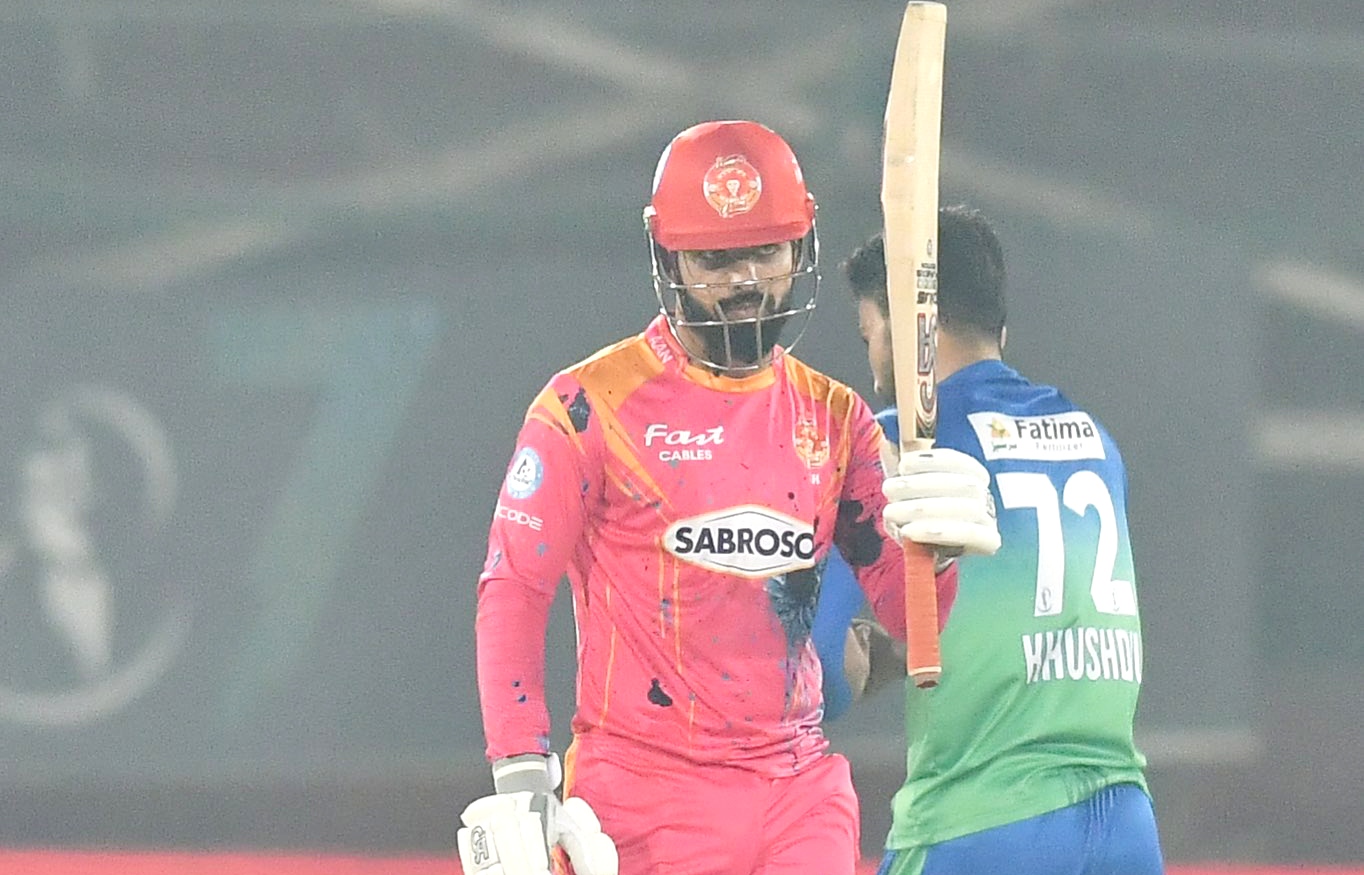 David scored a blistering 29-ball 71 with six fours and six sixes, while Roussow slapped four fours and six sixes in a sizzling 35-ball 67 not out as the two batters added 110 runs for the fourth wicket from 50 balls. This swashbuckling partnership contributed in lifting Multan Sultans from 84 for three after 11 overs to 217 for five from 20 overs, including 93 runs in the last five overs.

Khushdil Shah then returned figures of 4-0-35-4 to suffocate Islamabad United’s spirit run-chase as the 2016 and 2018 were dismissed for 197 in 19.4 overs despite captain Shadab Khan’s courageous and spirited 91 from 42 balls with five fours and nine sixes.

The result gave the defending champions their fourth straight victory, second successive after losing the toss and defending the target, while it was Islamabad United’s first defeat in two matches.

Multan Sultans opener Shan Masood continued his rich form with the bat when he followed up his 26, 83 and 88 with a fluent and eloquent 43 from 31 balls with five fours and two sixes.

Hasan Ali was at the wrong end of the stick when his last two overs went for 35 runs as he finished with figures of one for 52.

Islamabad United batted positively throughout their innings but they ran out of steam and resources. It was Khushdil who took the heart out of United’s innings by claiming the scalps of Rahmanullah Gurbaz, Faheem Ashraf, Azam Khan and Asif Ali on way to becoming the leading wicket-taker in the tournament with nine.

David Willey was equally impressive, claiming the wickets of openers Paul Stirling and Alex Hales, and last-man Mohammad Wasim to finish with three for 38.

Shadab Khan played out of his skin while scoring his PSL-best 91. He matched David and Roussow stroke by stroke as he belted five fours and nine sixes to entertain a decent crowd at the National Stadium.

“It’s pretty nice when you take the game on and it comes off and helps the team. It’s always a happy change room when you start well, so its a nice feeling,” Tim David said.

“It’s tough to defend but we have done it twice,” he said.

“Shan and Rossouw gave the platform and played well. I did not have much opportunity before this, so I am pleased to contribute the way I did.”