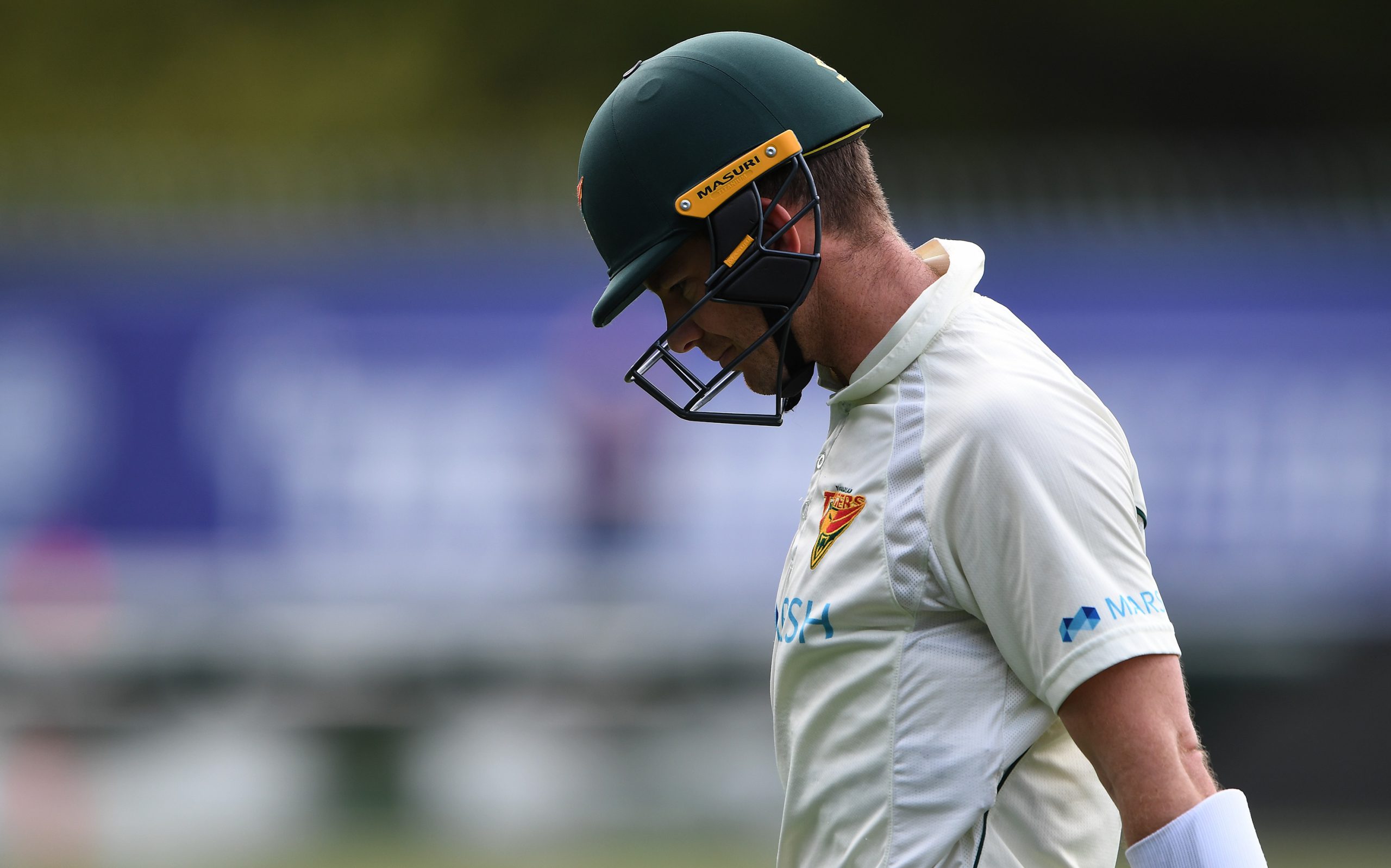 Srinagar, November 19: Tim Paine has resigned from Australian Test Team captaincy ahead of high profile The Ashes series over Sexting scandal , that had happened during year 2017.

Paine had sent a lewd photo and explicit messages to a female staffer. However , Cricket Australia investigation in 2018 after the woman complained, cleared Paine of misconduct and the matter was kept as secret.

Paine, 36, sent a photo of his penis to a female co-worker along with a stream of lewd text messages, many of which are too raunchy to publish.

‘Will you want to taste my d?? Fk me, I’m seriously hard,’ one of the messages sent to the Cricket Tasmania employee read.

Paine, who has led the team since the Sandpapergate ball-tampering scandal in 2018, held a on Friday where he tearfully apologised and announced he would step down.

‘It’s an incredibly difficult decision, but the right one for me, my family, and cricket,’ he said.

The lewd messages were sent on November 22 and 23, 2017, the eve and morning of the first Ashes Test at the Gabba in Brisbane.

Cricket Australia was not aware of the messages until after Paine was appointed Test captain in March 2018 in the wake of the ball-tampering scandal.

Cricket Australia is believed to have found out about the sexting in June 2018 and launched an investigation, along with Cricket Tasmania.

The woman complained in 2018 about ‘Mr Paine’s sexually explicit, unwelcome and unsolicited photograph of his genitals in addition to the graphic sexual comments’.

She is said to have been taken aback by the comments and pornographic photo, which she found offensive.

However, the complaints were only made about seven months later when the woman was charged with stealing. Those charges are still before the courts.

Cricket Tasmania chairman Andrew Gaggin said the woman was earlier sacked by the organisation, but did not bring the messages up at the time.

Mr Gaggin said the organisation investigated the complaint as soon as it was received but ‘determined the interaction was consensual, private, occurred on the one occasion only, was between mature adults and was not repeated’.

‘Cricket Tasmania clearly does not condone this type of behaviour and addressed the matter directly with Tim Paine,’ he said.

‘However, because of the consensual nature of the actions it was determined that no further action was required or appropriate.’

With inputs from Agencies