Trials for a few days: a major problem that needs immediate attention

Srinagar, September 01: Line-up over 800 people and ask someone to just write down their names one by one within three days. I am sure even a person with a tremendous skill-set will hesitate. Now, imagine you’re asked to evaluate these many people on a cricket pitch and bring out the best bunch! I think it’s near to impossible.

As we all know cricket is a tough game. It doesn’t take more than a second to make you a zero from being a hero or vice-versa. So, can a player’s skills be identified in 6 to 12 balls? Many might argue that selectors are experienced enough to understand if one is good enough or not. Let’s agree for a second. But then is it possible that you can focus equally on those many players? Even if 10 people are given the charge, it’s still tough.

But then why is it that most of the trial camps in J&K don’t last for more than 3-5 days? Well, it’s because the trials are held only when the national event is around the corner. The cricket association wakes up just days before the nationals. And what they do is call players from all districts at a single or two places for a trial.

This thus results in players complaining of unfair selection. Even if the selectors do their best, the players still feel short of chances for obvious reasons. They feel they weren’t given enough time to show their skills, which is very true.

There’s nothing extraordinary that Jammu and Kashmir Cricket Association (JKCA) requires to do to overcome this major problem. They just need to follow what most of the other state associations do: start preparing for events months prior to the event. They can hold trial camps at every district and try to identify the best of the talents. Then bring these players at zonal level and evaluate them further before finally holding at least three to four week final trial camp.

And most importantly, trial camps must have trial matches and each player should be given a chance to play at least three matches. It might sound like a long process but if the people at helm are willing enough, it can be done with ease. This way at least players won’t feel left out.

The newly BCCI-appointed committee this time was expected to make a turnaround and change the system to right ways. While they took a few good steps —like interviewing selectors/coaches— they failed to live up to the expectations when it came to the selection process, which is the most important thing.

However, with just one trial camp held yet, one can hope that they learn from their mistakes and do better in the upcoming camps. 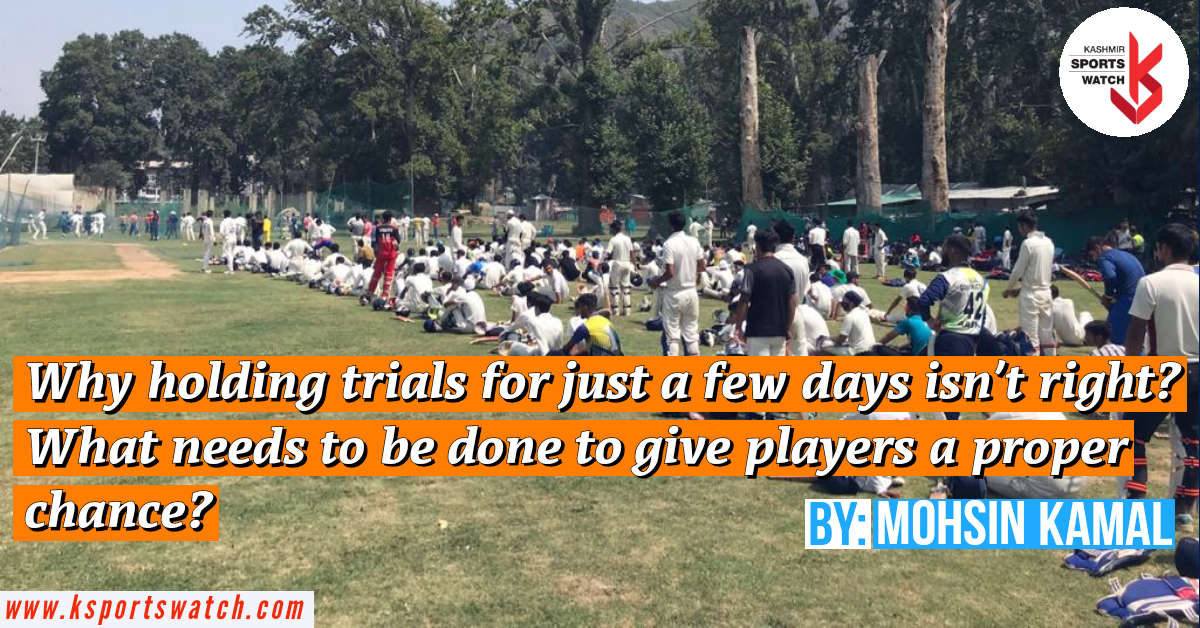 Newer Post
If Mohammad Amir comes out of retirement, he will easily get selected for Pakistan WT20 squad, says Inzamam
Older Post
Taliban says Afghanistan’s Test against Australia will be held as planned