Srinagar, October 9: With ICC T20 Cricket World Cup set to start in UAE, ICC has released facts and trivia about the Cricket Extravaganza.

The format itself is closing in on its 20th birthday but its most prestigious prize is still a teenager, a dedicated follower of T20 fashion and a trend-setter too.

T20 cricket’s roots were planted in the domestic game in England and its rapid growth saw the first international men’s match contested by Australia and New Zealand in 2005.

But there’s nothing like a World Cup to truly capture the attention of the sporting world and the first edition was quickly initiated for South Africa in September 2007.

One of the great strengths of the tournament has been the platform it gives growing cricketing nations to test themselves against the best – and that was true from the start.

The script for 2007 was worthy of a movie – and they’re making it into one next year – as a Yuvraj Singh-inspired India beat arch-rivals Pakistan in the final.

Yuvraj was the inaugural tournament defining figure, and his six sixes in an over from England’s Stuart Broad stands as one of the most iconic moments in ICC Men’s T20 World Cup history.

The format returned to its birthplace in England in 2009 and Gayle, who scored the first-ever T20I century in the opening game two years earlier, saw his star continue to rise.

The theme of upsets continued as Netherlands spoiled the opening night party and upstaged the hosts by four wickets.

It was a year marked by innovation, characterised by Sri Lanka’s Tillakaratne Dilshan and his ‘Dilscoop’ shot, and the power of the likes of Gayle and Shahid Afridi pushing boundaries.

Dilshan’s side reached the final, where they fell to Pakistan by eight wickets in a low-scoring Lord’s final.

As in 2007, the 2010 edition in the Caribbean brought together two historic rivals in the final as England ended their long wait to win an ICC-sanctioned global limited-overs event.

Kevin Pietersen rubber-stamped his status as one of the early stars of T20 cricket with 248 runs in six games, including 73 against Pakistan, 53 against South Africa and 47 in the final to beat Australia.

The building momentum of the ICC Men’s T20 World Cup saw it travel to another hotbed of the game and Asia, for the first time, in 2012 as Sri Lanka played host.

It proved the still undiminished value of all-rounders in the format as Australia’s Shane Watson finished as leading run-scorer and second-highest wicket-taker.

And Gayle, Kieron Pollard and Sunil Narine were all instrumental for the Windies, who beat the hosts by 36 runs in the final.

In 2014 Sri Lanka shed their tag as nearly men of ICC events, lifting the trophy after four painful defeats in major finals.

Their triumph was a timestamp in the growing importance of death bowling with Lasith Malinga and Nuwan Kulasekara excelling in restricting batters in the closing stages.

It was also the first tournament where the field was expanded to 16 teams, marking the debuts of Nepal, Hong Kong and the United Arab Emirates.

Elsewhere, England’s wounds were opened again as they lost to the Netherlands for the second time at the ICC Men’s T20 World Cup.

The West Indies became the first nation to win two titles in India in 2016 – and who could forget the finale, highlighted by Carlos Brathwaite’s four successive sixes.

Who knows what drama awaits in 2021, the only certainty being that it will be thrilling to watch. 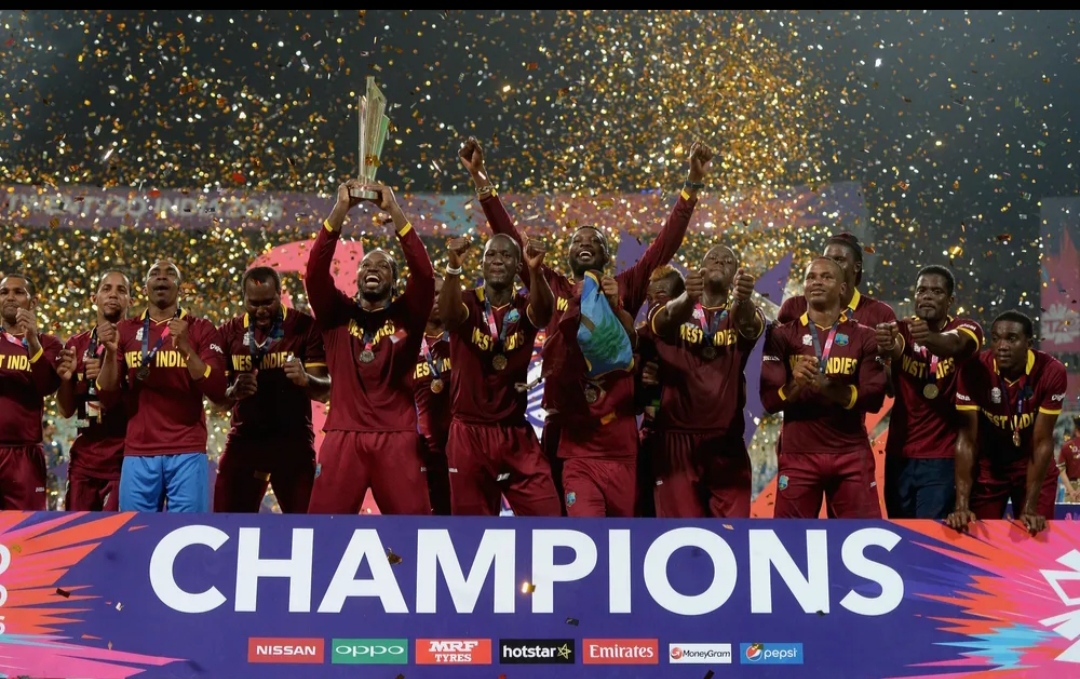