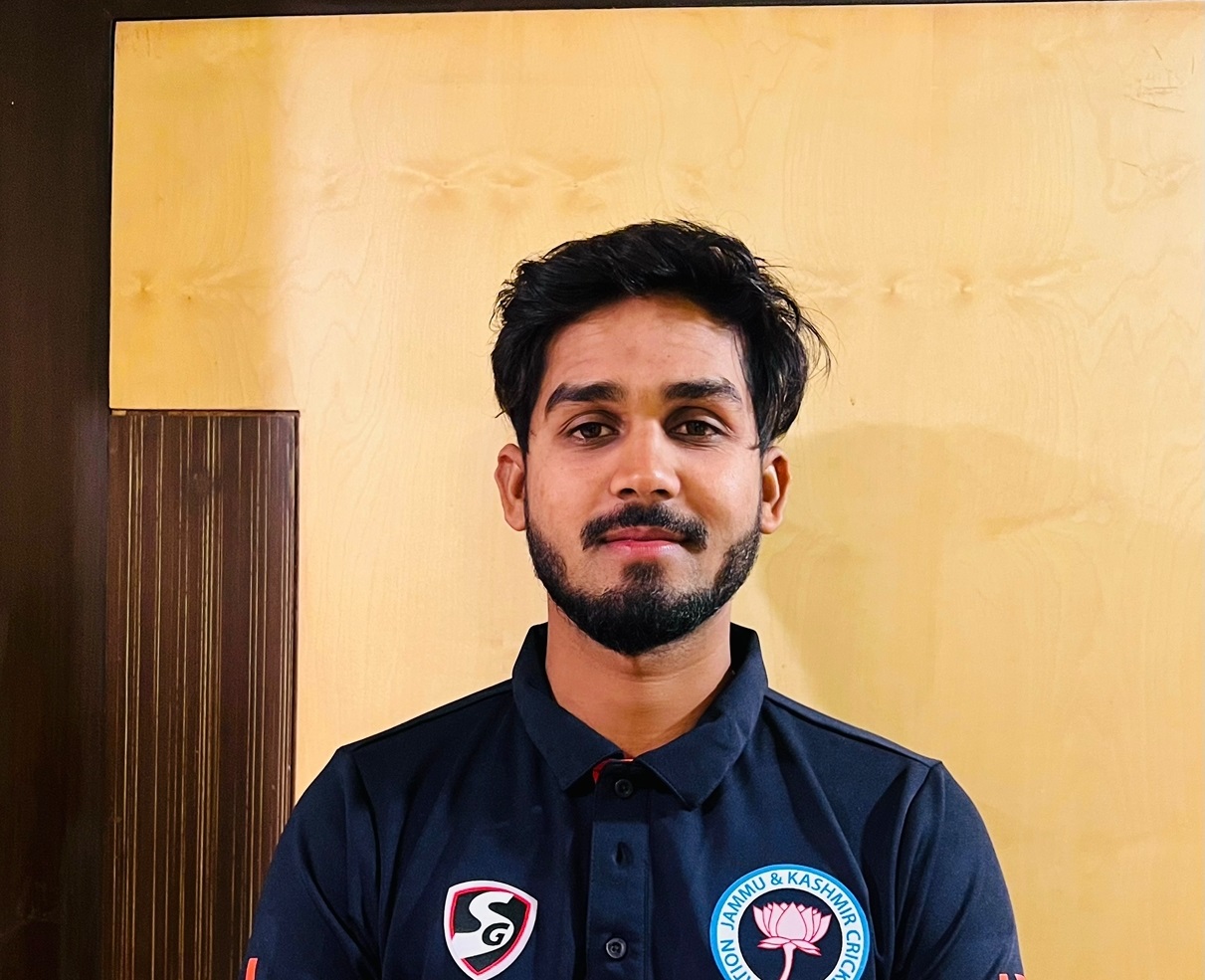 Vishal Kumar, who displayed extraordinary spinning skills in the first innings  by capturing 8 wickets, again did most of the damage on the third morning, picking up 6-24–making it his career-best match figures of 14/34 to cut through Sikkim’s batting order at the sun-bathed ground, overlooking the chill and Tawi flowing adjacent.

With a few spectators present in the ground to cheer the team on, Vishal Kumar took the final wicket to finish with 6-24 as Sikkim were all out for paltry 58 runs in their second innings after following-on, chasing 384 runs for victory.

The wily left-arm spinner took 14 wickets in the match to emerge player of the match for bagging 14 wickets by conceding 34 runs in his 20.2 overs.

Earlier, resuming from an overnight score of 0/0 in 2 overs, Sikkim batters once again fell like nine pins and the whole team collapsed at 58 runs in 29.5 overs, thus losing the match by one innings and 269 runs. Akash Luitel (16), Pranesh (13) and Rahul Kumar (10) were the only batters to cross the double figure mark.

It may be recalled that Arya Thakur earlier in the match had slammed classic century, while skipper Kanhaiya Wadhawan and debutant Abid Hussain scored magnificent fifties. Kawal Preet Singh (47) was also among the major contributors.