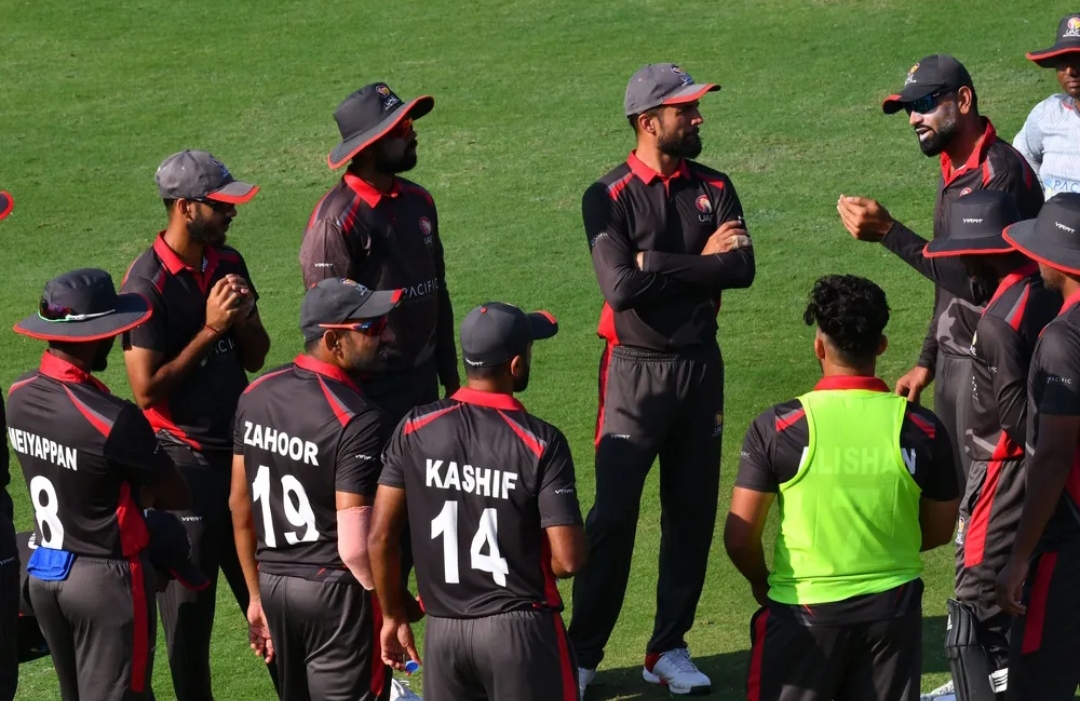 Dubai, Febuary 22: UAE and Ireland qualified for the ICC Men’s T20 World Cup 2022 by winning their respective semi-finals in Oman on Tuesday, 22 February, while earlier in the day, Canada and Bahrain registered wins in play-offs.

After opting to bat first, UAE suffered an early blow as Chirag Suri was bowled by Jitendra Mukhiya in the second over for just 4 runs. However, the wicket did little to deter UAE as Vriitya Aravind continued his superb form.

Aravind picked up 18 runs from Mukhiya’s subsequent over, and continued to plunder runs off the other bowlers as Muhammad Waseem expertly negotiated the strike. The half-century stand was finally broken in the eighth over when Sandeep Lamichhane cleaned up Aravind for 48. Waseem was then joined by Muhammad Usman and the pair added another half-century partnership.

Nepal struck back in the 17th over, with Abinash Bohara removing both Usman and Waseem while Mukhiya came back into the attack to dismiss Basil Hameed and Zawar Farid in the next over. Despite the late wickets, UAE posted a competitive 175 thanks to the solid foundation laid by Aravind.

In reply, Nepal struggled from the get go. Aasif Sheikh and Lokesh Bam went for ducks, losing their wickets in the first over. Kushal Bhurtel could not hold on for long either and perished in the third over.

At 18/3 with Junked Siddique accounting for all three wickets, Nepal looked in all sorts of trouble. Dipendra Singh Airee then helped them regroup, partnering with Aarif Sheikh to push them past 50. The rebuilding didn’t last for long as Aarif was seen off by Rohan Mustafa in the eighth over.

Nepal limped to 76/4, but capitulated soon after. UAE skipper Ahmed Raza removed both Airee and Gyanendra Malla in the 13th over and picked up two more wickets in his next. With wickets falling regularly and the asking rate climbing, Nepal finally folded for 107, Zahoor Khan picking up the last wicket in the 19th over. Raza finished with an impressive 5/19.

The win meant UAE booked one of the four remaining spots up for grabs in the ICC Men’s T20 World Cup 2022.

Oman’s decision to bowl was vindicated as they struck early with Bilal Khan removing the Irish openers in the third over. It should have slowed Ireland down but Gareth Delany and Harry Tector had other plans.

While Tector eased into the game, Delany took it upon himself to attack. In one Zeeshan Maqsood over, he hit a hat-trick of sixes. However, the 82-run stand was broken in the 13th over with Kaleemullah picking up the wickets of Tector (35) and Tucker (0) in back-to-back deliveries.

Delany followed suit when he was caught by Bilal off Khawar Ali in the next over, falling three runs short of a fifty. Despite the quick blows, a quick-fire 36 from Andy McBrine helped Ireland post 165/7.

Chasing 166, Oman did not have the best start, losing their openers in the Powerplay and reaching 37/2 in six overs. Zeeshan Maqsood and Shoaib Khan added 31 more runs before Joshua Little struck to dismiss Shoaib (30) and Khurram Nawaz (0) in the 11th over.

Khawar Ali (10) too departed after hitting a six. Oman’s situation worsened when Craig Young saw off Naseem Khushi (1) and Zeeshan Maqsood (28) in the same over. The wickets continued to fall, and at 98/9 in 16 overs, all was lost for Oman.They were bundled out for 109.

Ireland’s brilliant 56-run victory meant they’ve booked one of the two spots up for grabs for the ICC Men’s T20 World Cup 2022, alongside UAE.