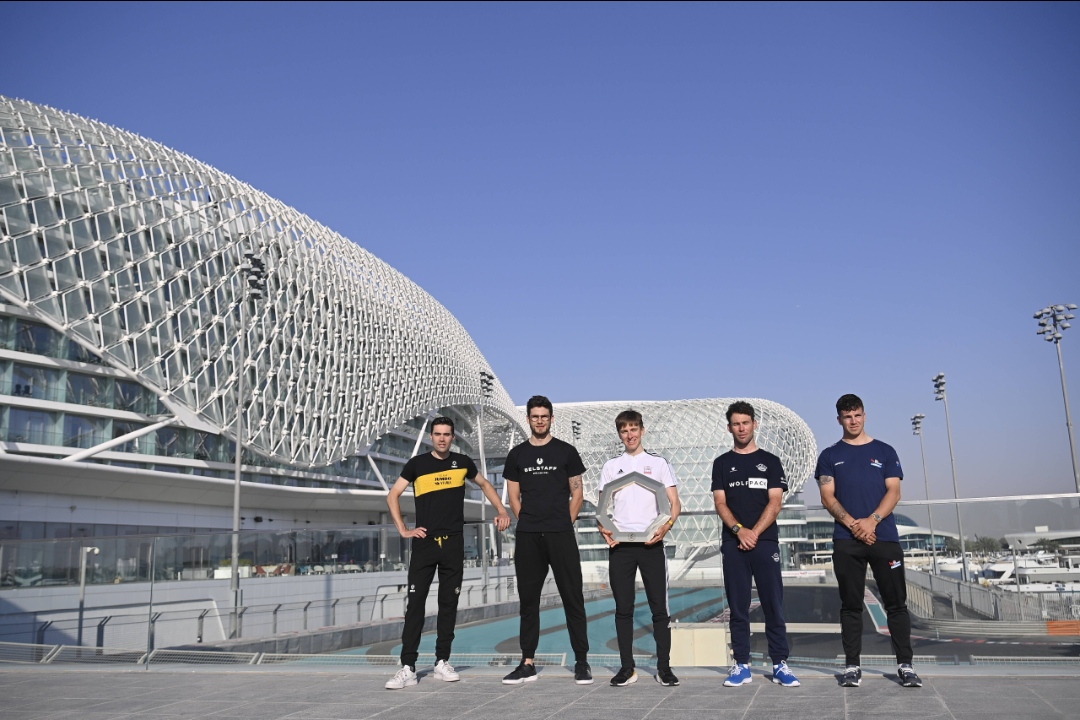 Abu Dhabi, February 19 : Ahead of the much awaited start of the UAE Tour 2022 , the top World class riders representating pro peloton spoke to the media on Saturday.

The UAE Tour 2022 is starting from Sunday with World Class competing for the too title.

Tadej Pogačar (UAE Team Emirates) – In two participations in the UAE Tour, the double winner of the Tour de France has come second overall and first last year. The 23 year old Slovenian has already won twice at Jebel Hafeet, this year’s grand finale. He would be the hot favourite on paper, had his preparation for the race had not been affected by a recent Covid-19 infection.

Tadej Pogačar said: “It means a lot to me to have won this race last year, as I’m riding for the UAE team. Every year, I see more people cycling here. I’ll try to win the title again. My winter was really good. I went to Sierra Nevada in Spain where I unfortunately got Covid but it was not serious. I just had four days off the bike, so I’m prepared for the first race. We also have Pascal Ackermann for the sprints, Mikkel Bjerg for the TT, and a real composed team for GC with Rafal Majka and George Bennett as well. We’ll try to do our best every day.”

Tom Dumoulin (Jumbo-Visma) – The winner of the 100th Giro d’Italia in 2017 makes his big come-back to the UAE after he finished 6th in the inaugural UAE Tour in 2019 – and second to Primoz Roglic at Jebel Jais, an experience that could help him at this year’s race, the day after he’ll challenge Filippo Ganna in the ITT, the speciality that awarded him the silver medal at the Tokyo Olympic Games last year.

Tom Dumoulin said: “I’ve got good memories from the UAE Tour. I’ve been here three times if we include the Abu Dhabi Tour. This race has a bit of everything: sprints, wind, TT, uphill, everything you need to be a GC rider! For GC, we’re aiming at doing well with me or Chris Harper.”

Filippo Ganna (Ineos Grenadiers) – Already a stage winner at the UAE Tour last year on the occasion of the ITT held on Al Hudayriyat Island, the world champion of the speciality will have another chance to score on Stage 3 in Ajman on the 9km course of the G42 stage presented by Tissot. He’s got two wins against the clock this year, at Etoile de Bessèges and Tour de La Provence.

Filippo Ganna said: “We’re back after one year. Every time it’s special coming here. Every TT is different, we’ll need to do a really big effort in this one. I hope my legs are ready to do it. From the two TTs I’ve already won this year, I know I’m in good shape.”

Mark Cavendish (Quick Step-Alpha Vinyl Team) – Mark Cavendish remains a world class sprinter as he claimed a stage victory at the Tour of Oman last week, following his four stage wins plus the Green Jersey at the Tour de France last year. He’s yet to win at the UAE Tour, a race in which he took part in 2019 and 2020 but he made himself famous in this country with six stage wins at the Dubai Tour and the Abu Dhabi Tour from 2014 to 2018.

Mark Cavendish said: “First and foremost, it’s nice to be back, especially here in Abu Dhabi where I’ve spent time with my family in the past few years in October and November. I know the UAE very well. At the Dubai Tour and Abu Dhabi Tour before the UAE Tour, I was always successful. I missed the race last year. I count on Michael Morkov to keep me safe and in contention with the fast guys like Dylan Groenewegen and Jasper Philipsen.”

Dylan Groenewegen (Team BikeExchange-Jayco) – The Dutchman is the other top sprinter on the start list who has already raised his arms up in the air this year as he claimed two stages of the Saudi Tour for his new team BikeExchange-Jayco, following a last minute transfer from Jumbo-Visma. A four-time stage winner of the Tour de France from 2017 to 2019, Dylan Groenewegen is no stranger to the UAE since he won Stage 4 in 2020.

Dylan Groenewegen said: “My start of the season was really good with two wins at the Saudi Tour. Now I want to go further and win again. There are very good sprinters here. I changed team because I was looking for new motivation. With Luka Mezgec, I have a very good lead out.”

TV COVERAGE
The fourth edition of the UAE Tour will be TV covered all over the world, via the broadcast schedules of 8 different TV networks.

The host broadcasters Abu Dhabi Sports and Dubai Sports will produce a two-hour live international feed for every stage, offering at the same time to local cycling fans in the UAE and in the whole MENA region the full live coverage of the event. This includes each stage from the riders’ signature ceremony and the first pedal from the start village to the finish line and related awards, with both Arabic and English commentary.

On the international landscape, Eurosport will be broadcasting the first race of the UCI World Tour calendar live across all of Europe and Southeast Asia and showing again the best action from the race with a final highlights package after the last stage. In Italy the race will also be offered by RAI, on its thematic free to air channel.

Supersport will air the UAE Tour exclusively in South Africa, in Japan on J Sports, while Sky Sports will host the race on its screens in New Zealand.

In the rest of the world (North and South America, Australia, Japan, Indian subcontinent and Subsaharan Africa) as well as in Europe and Southeast Asia, the home of UAE Tour will be GCN and GCN+, thanks to their live streaming offering of the entire international feed.