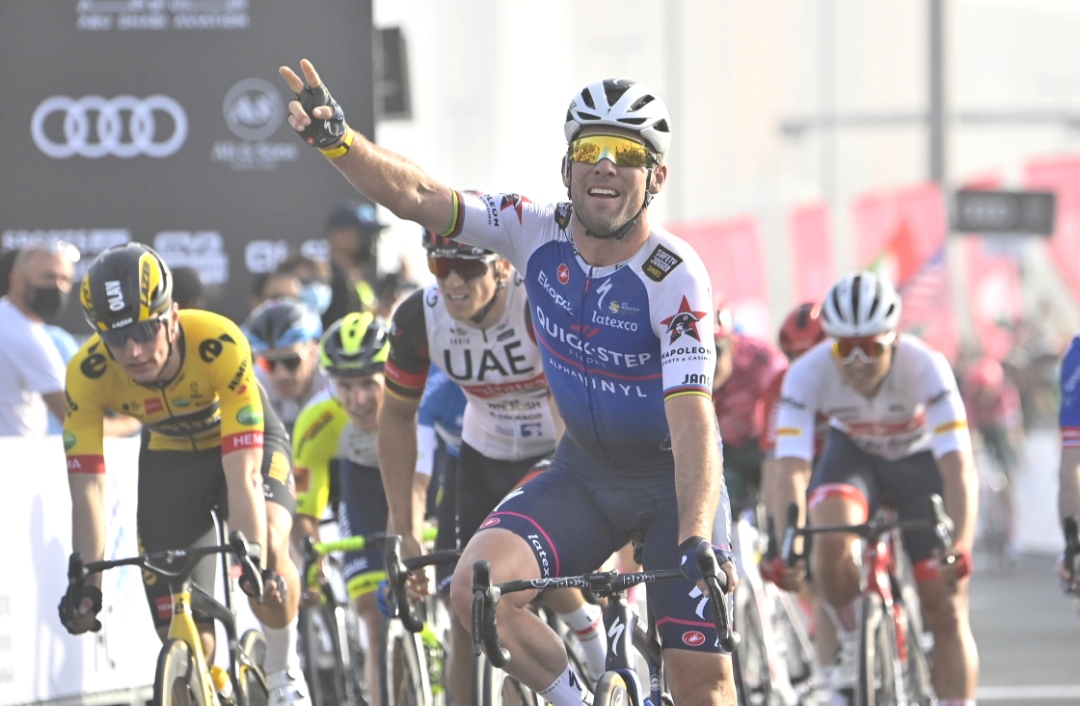 Speaking seconds after the stage finish, the stage winner Mark Cavendish said: “I knew we could win here. A third of the team are first year professionals so this is the first or second race in their career – they were super professional today. Their job was to get me to the final with me feeling as fresh as possible and they did it so well that I was able to launch with 300 to 350m to go into a headwind. I’m happy I could hold off Philipsen.”

The Red Jersey Jasper Philipsen said: “I was missing just a few watts today. I was a bit far back at the end but I just had to go. I knew it was going to be a tough sprint because of the headwind and Mark was the fastest today. I’m a bit disappointed but we’ll try to go for the win again in the next sprint.”