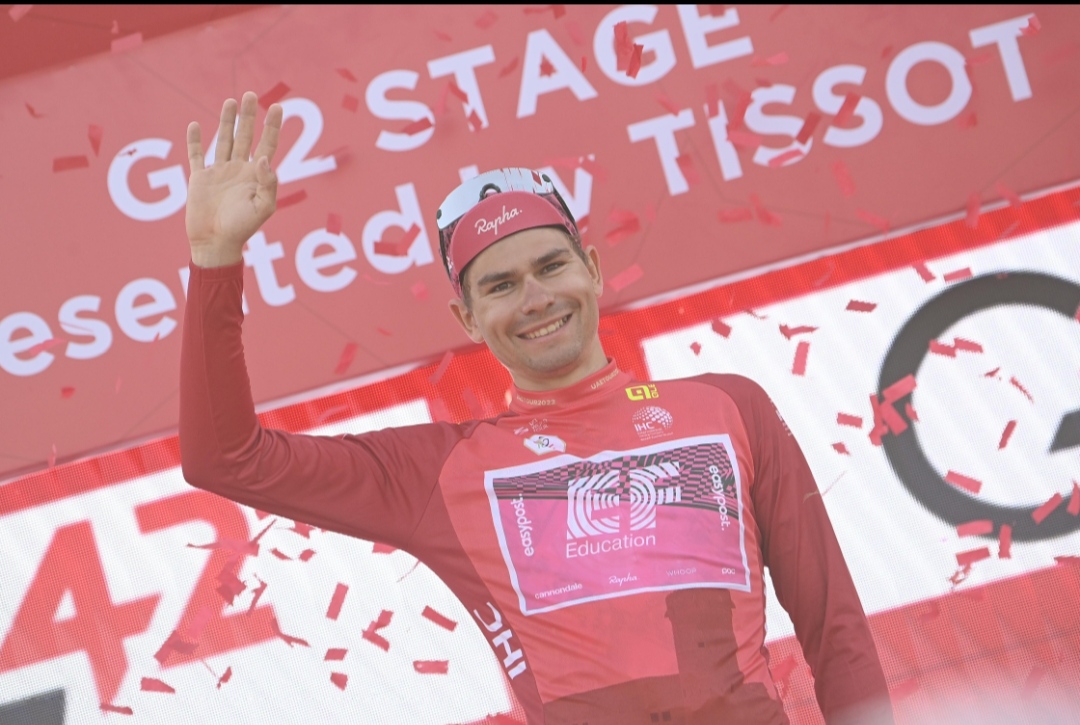 Stefan Bissegger (EF Education – Easypost) also is the new leader of the GC and has been awarded the Red Jersey.

Speaking seconds after the stage finish, the stage winner Stefan Bissegger said: “I had a really good time trial today. I was pretty confident that I had good power and could do a good time. You never know in time trials how good your opponents are until the end though. I’m happy to race here as I had a rough winter recovering from a broken bone. For the moment I’m the leader in the GC, we’ll see about tomorrow.”