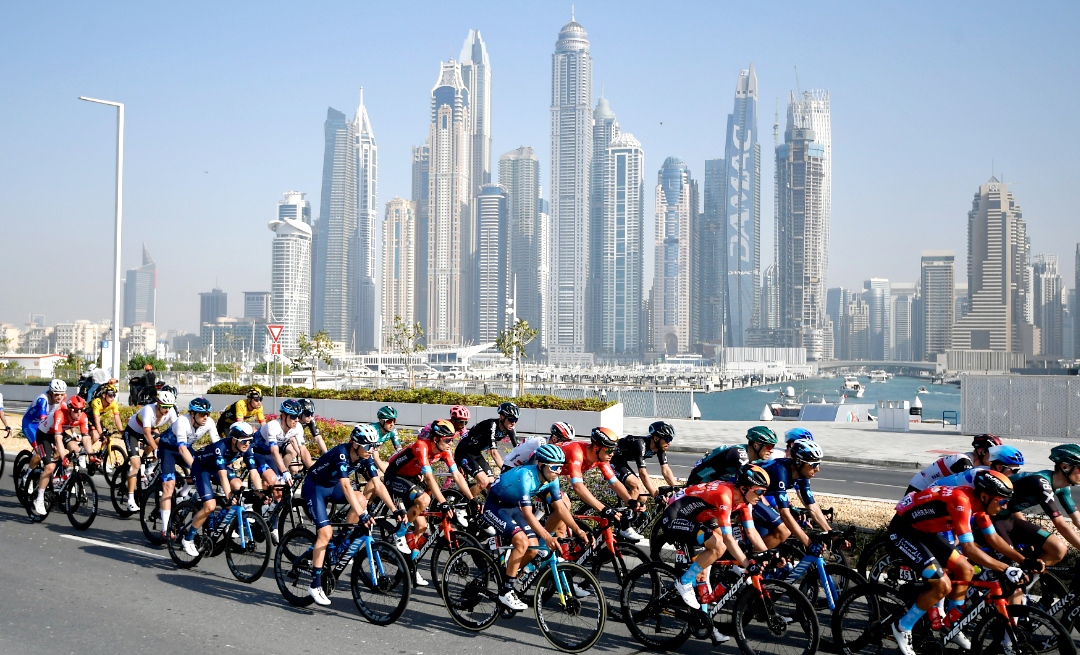 Dubai, February 26: For the first time in the history of the UAE Tour 2022 and its predecessors Dubai Tour and Abu Dhabi Tour, a stage winner emerged from a small breakaway group on a flat stage. Czech rider Mathias Vacek, 19, became the youngest ever cyclist to triumph in this event. He rode away from the peloton from the off, along with his teammates Pavel Kotchekov and Dmitrii Strakhov, as well as Paul Lapeira and Alessandro Tonelli.

The peloton reacted too late and never managed to catch the group before they reached the site of the Expo 2020 Dubai, where the riders were welcomed with style. It was a big disappointment for the sprinters, but not for Tadej Pogacar, who crossed the line safely, ahead of the queen stage to Jebel Hafeet on Saturday – the final stage of the UAE Tour.

Mathias Vacek said in a press conference that, “I’m feeling a lot of emotions after this win. It’s hard to believe it, I’m really happy. The best moment was when, with 10km to go, we realized that we had one and a half minutes [from the peloton], so we could go for the win. Everybody in the breakaway pushed very hard. I didn’t even speak with my two teammates, it was just all out. I know that I have quite a strong sprint. I’m one of the lead-out guys for Matteo Malucelli. I still need a bit of time to know what kind of rider I can become, but this win might change my career.”

Tadej Pogacar said that , “Breakaway riders always say if you don’t try you don’t know, they really tried today. It’s great. It’s a bit of a surprise but it shows that it can happen if you are smart at the front, which I think they really were today and they were strong too. I’m glad to see such a young rider winning a race. For tomorrow, with regards to the climb, Adam Yates and Alexandr Vlasov are the strongest riders but also Intermarché-Wanty-Gobert. They showed on Jebel Jais how strong they are with two guys. But I think my team is strong enough to control the race.”