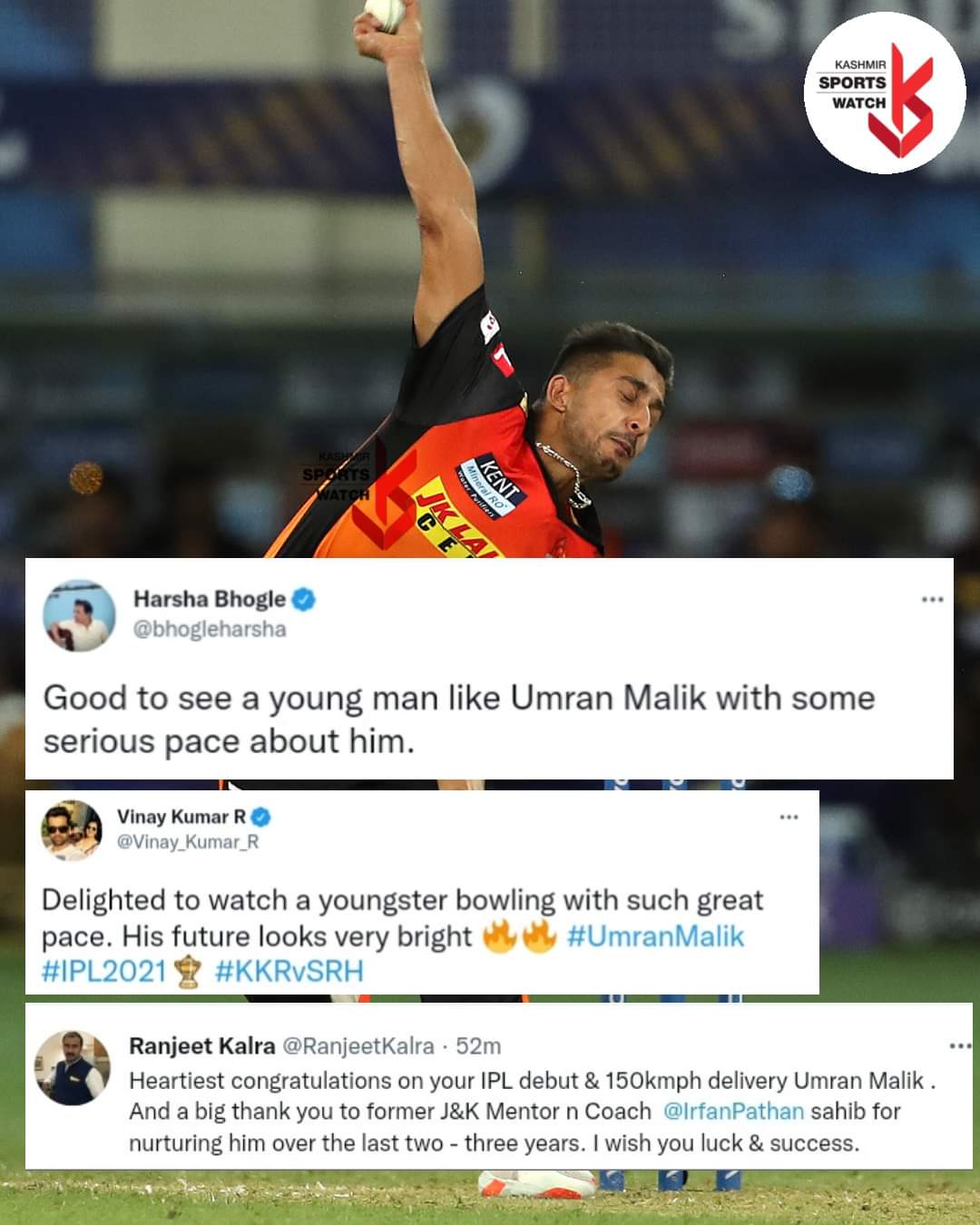 Srinagar, October 4: The Jammu based cricketer Umran Malik has become fourth J&K cricketer to play in Indian Premier League (IPL) as he made his debut for Sunrisers Hyderabad against Kolkatta Knight Riders on Sunday, October 4 in Dubai.

Umran who was brought in Sunrisers Hyderabad squad as late replacement for T Natarajan is fourth ever cricketer from J&K and second from Jammu city to play in cash rich league. The Sunrisers squad for Sunday’s game included Umran Malik who is a right arm pacer. It would also be first time that two players from J&K would be playing together for same team in the league. Abdul Samad is already an established player in Sunrisers squad.

Before being included in the squad as COVID replacement, the right arm pacer Malik was already part of Sunrisers Hyderabad side as net bowler.

Umran made his debut for J&K senior side last year and has played one List A and one T20 match. Malik’s only T20 game came against Railways in January 2021 where he picked three wickets.

Malik’s Jammu teammate Abdul Samad is star all-rounder of Hyderabad Sunrisers and has been part of the team from last two seasons.

Previously , Parvez Rasool, Rasikh Salam and Abdul Samad have played in IPL from J&K while as Mohammad Mudhasir and Manzoor Pandav were part of teams but didnt got any match to play.

Umran in his debut turned out as fastest Indian bowler in the league this season. In his first over the J&K pacer clocked 150 KM/P , surprising everyone. His continuously bowled over 140 K mark and gave away 27 runs in his 4 over quota.

Everyone from Harsha Bhogle to Mpumelelo Mbangwa , Aakash Chopra to Vinay Kumar everyone was in awe of Umran’s pace. Some even questioned why didn’t Umran was under radar all this time and why it took COVID replacement to see him coming through. There were also questioned put in forward by fans why he has only played one T20 and Vijay Hazare match for J&K.

With Inputs from Greater Kashmir