Umran Malik is superstar, I get excited to see him bowl: Dale Steyn 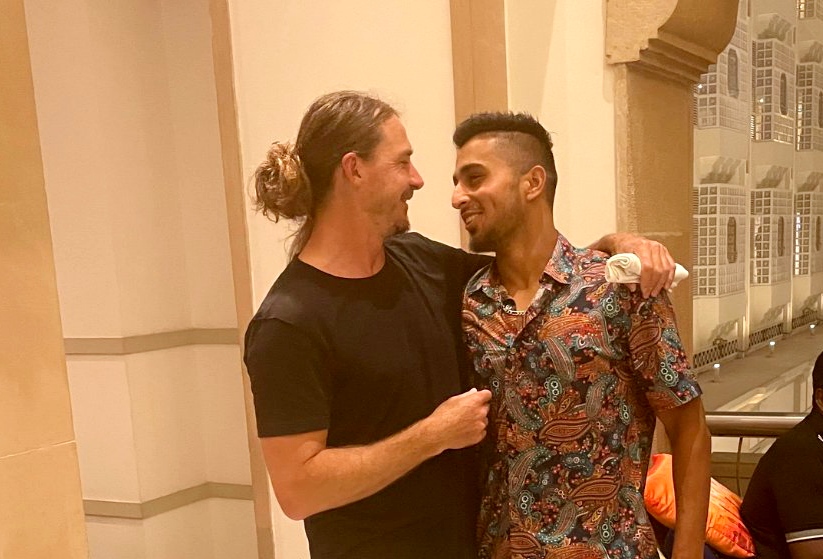 Srinagar, April 21: Former South Africa pacer and now Sunrisers Hyderabad bowling coach Dale Steyn has said that J&K pacer Umran Malik is already a superstar and he gets excited whenever he bowls.

Steyn said this in an interview with Hindustan Times, in which he explained his approach with the young pacer and how he has adapted to get better results in the ongoing IPL 2022.

“It’s great. I just retired, so it’s less coaching and more like excitement. I am at the top of the mark with them and we just talk: ‘what you gonna bowl now? what are you thinking?’ We talk cricket the whole time. I am not dictating to him. I get so excited when he says, ‘I am going to bowl a yorker’. He bowls one and knocks the batsman over in the nets. “Coach, I am going to bowl a bouncer”. I say go for it, and then you see the batsman lying on his back in the nets. It’s really exciting standing so close and being able to watch that happen. He has got better and better. He has found rhythm, how he likes to take wickets, wants to bowl. Also, he has been allowed by the captain and coach to do what he wants,” Steyn said.

About the changes that have been advised to Umran by the former great, he said, ” Confidence is the big thing. The first two-three games, he went for a couple of runs; that’s what happens when you are a fast bowler, bowling at the speed he is bowling at. You can very easily lose a little bit of faith in yourself, you might want to change something—“maybe I should bowl slightly slower with more control”. But he has been given the go ahead by the coaching staff. The guys have told him “there are going to be days when you will go for runs because of how fast you bowl, not because you bowl badly”. Another day you run in and take four wickets and bowl a maiden over, that’s also what pace does. You have to take the good with the bad. He has realised that if he sits in that middle ground, he is going to be successful. He is accepting the days when things will not go well because of his pace and loving the days when it goes really well. Then being humble by bringing himself back to the middle ground where he can carry on. It is great to see that”.

About a question on Umran being ready for the International Cricket, Steyn said that J&K pacer is superstar.

“My prediction is he is going to be a superstar. How he gets there is entirely up to him and those who manage him. From a playing point of view, you are guaranteed one thing: extreme pace. That is going to be the level he wants to operate at. He does it at the nets, games—everything he does needs to be operated at extreme pace. I am sure his career will also go really quickly. But right now the cricketing world loves watching him play. We love a story like this; it doesn’t bother if he is an Indian or is from Afghanistan or South Africa or New Zealand. We love to watch, come on to the scene, create absolute chaos and watch him blossom,” Dale Steyn said.

On how he communicates with Umran Malik who doesn’t speak English that well , Steyn said that Cricket has Universal language.

We got a cricket language which we speak and I can see it on his face. When he is happy, when he is smiling, then I am happy. When I see a concern on his face, I will go and put an arm around him and pull Washy (Washington) or (Abdul) Samad or Bhuvi, and ask ‘what’s on your mind, is something bothering you?’ We find our ways to communicate,” Steyn explained.