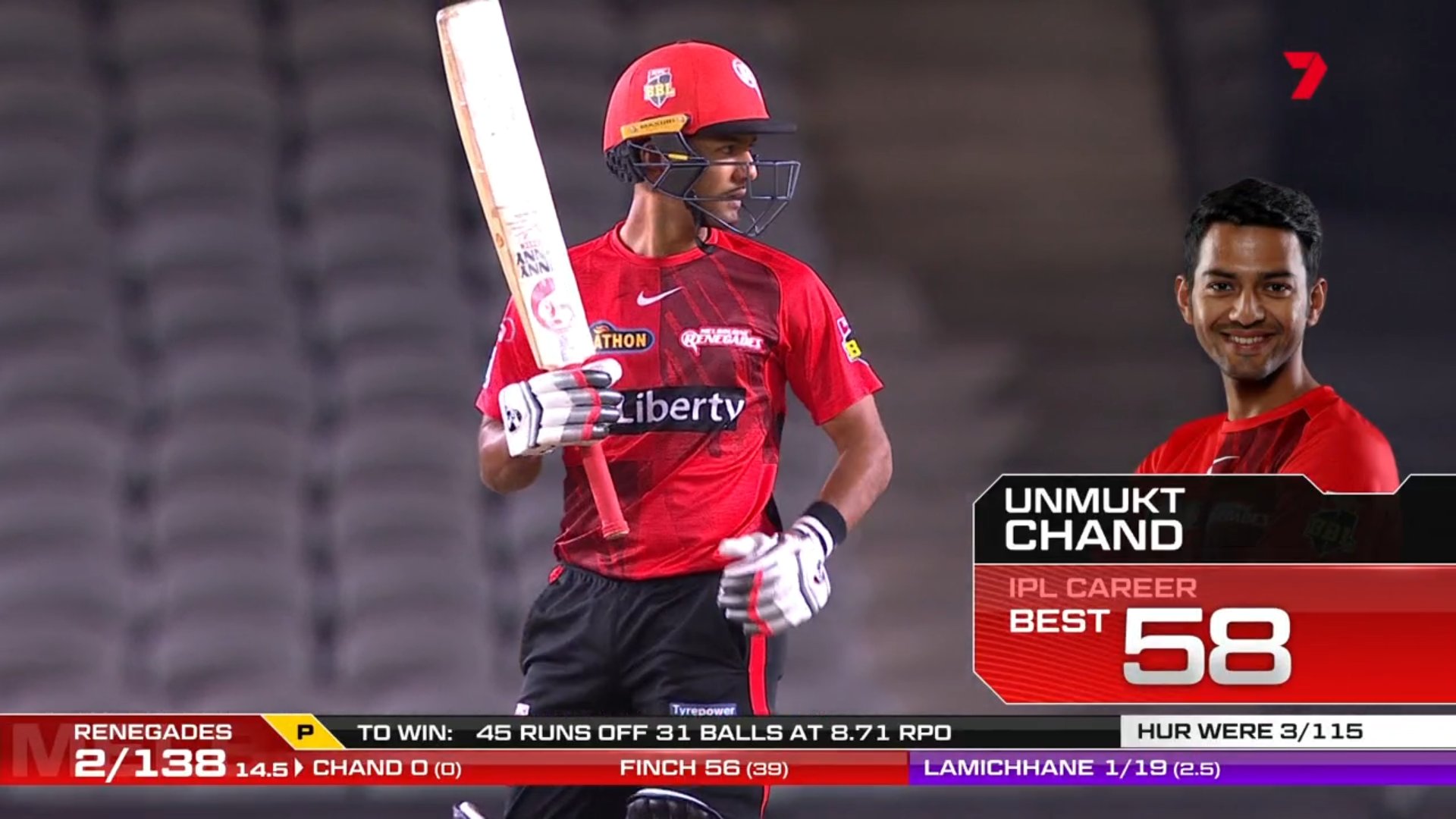 Srinagar, January 18: Cricketer Unmukt Chand has become first ever Indian male cricketer to play in Big Bash League as he made his debut for Melbourne Renegades on Tuesday.

The former India Under-19 World Cup Winning captain , Chand played his first BBl match against Hobart Hurricanes. He managed to score only 6 runs after playing 8 deliveries.

Chand, retired from all forms of Indian cricket in August last year, making him eligible to play leagues overseas.

After the Under-19 World Cup success, Chand led the India A team as well, but never really graduated to the senior level.

Melbourne Renegades had made four changes to their playing XI. Chand was added to the squad, with Zak Evans, Mitch Perry and James Seymour all returning. Players Mackenzie Harvey and Jake Fraser-McGurk have tested positive for Covid-19.