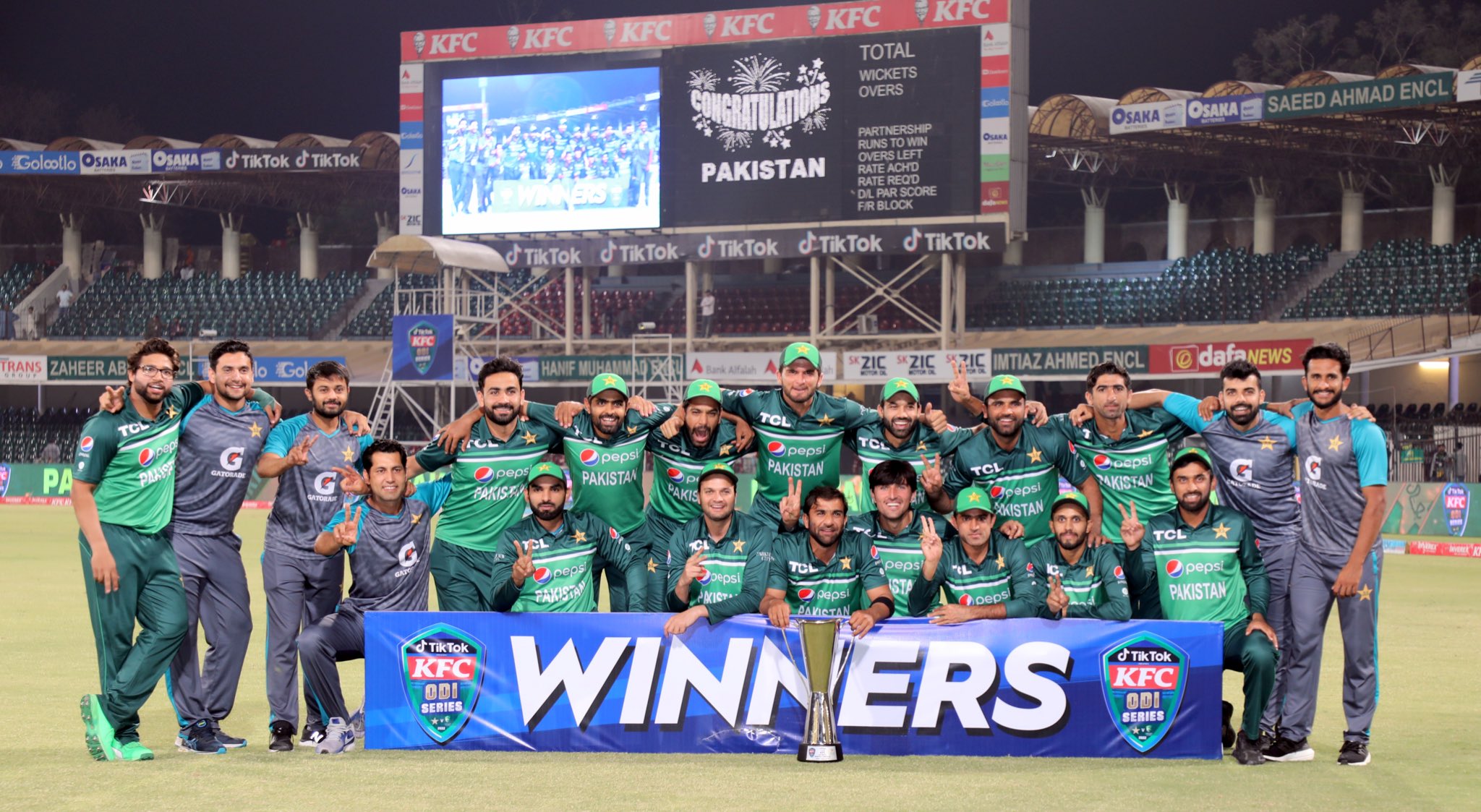 Haris took three for 39, Wasim picked up three for 40 and Shaheen scooped two for 40 to dismiss Australia for 210 in 41.5 overs after Babar had won the third successive toss and maintained consistency by electing to field.

Babar then led the run-chase with a superlative 105 not out, his 16th century in 86 matches, while Imam provided an excellent support to his captain by returning undefeated on 89 as Pakistan raced to victory in 37.5 overs to annex their first ODI series over Australia since 2002.

World No.1 Babar struck 12 sweetly time boundaries in a highly-entertaining and stroke-full 115-ball innings as Australia paid a heavy price for giving a second life to the champion batter when Travis Head dropped him at mid-wicket when he was still in single digit.

Babar, who scored 57 and 114 in the previous two matches, reached his half-century from 57 balls with seven fours, while he reached the magical three figures with an exquisite cover-drive off Marnus Labuschagne from 110 balls with 12 fours.

No.10 ranked Imam followed up his knocks of 103 and 106 with another eye-catching innings of 89 not out that will certainly vault him into the top-five of the ICC ODI batting charts when the latest rankings are released on Wednesday.

Imam faced 100 balls and his innings was punctuated with six fours and a six. The left-hander completed his 11th career half-century from 55 balls with five hits to the fence.

Earlier, Shaheen Shah Afridi provided a dream start to Pakistan in the winner takes all match when he clean bowled Head on the first delivery of the match. Haris then struck twice by trapping a struggling Aaron Finch in front of the wickets and then getting Labuschagne caught in the slip as Australia slipped to three for six.

Australia plunged to 67 for five when Marcus Stoinis (19) and Ben McDermott (36) fell to Zahid Mahmood and Mohammad Wasim Jnr, respectively.

Alex Carey (56, 61 balls, 6×4, 1×6) and Cameron Green (34) put on 81 runs for the sixth wicket to put Australia back on track. However, their departure in a space of seven runs ended all hopes of the tourists putting up a decent score and it was only due to Sean Abbott’s 40-ball 49 with six fours and a six that the visitors were able to reach 210 in 41.5 overs.

Abbott was particularly ruthless against Shaheen when he took the Pakistan speedster for 21 in an over, but was just the delay of the inevitable.

By virtue of winning the series 2-1, Pakistan has moved to eighth on the 13-team ICC Men’s Cricket World Cup Super League on 60 points. In the ICC ODI Team Rankings, Pakistan are sixth, five points behind South Africa.

The two sides will now meet in the only T20I on Tuesday with the first ball to be bowled at 8.30 local time.