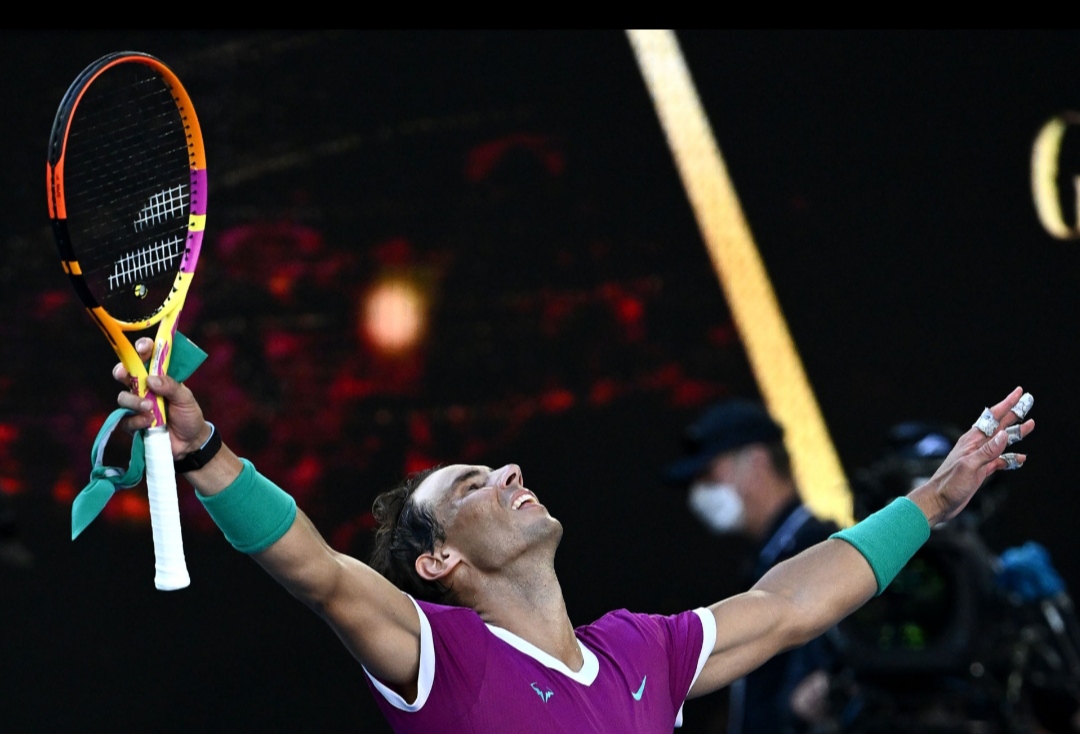 Nadal was dominant throughout the first two sets, moving the Italian around the court while dictating play. After Nadal took a 4-0 lead in the second set, seventh-seeded Berrettini had won only one point on his second serve in 11 attempts.

With the roof closed on Rod Laver Arena because of heavy local rain, and the subsequent high humidity in the building, the ball was heavy and flat, helping Nadal keep the ball in play. Nearly all of the long rallies in the first two sets went the sixth-seeded Spanish left-hander’s way.

But Berrettini turned it around midway through the third set. After not having a break point until then, Berrettini had three in the eighth game of the third set and converted his second, taking a 5-3 lead. He then held serve in the next game on four consecutive points to send the match to a fourth set.

Nadal is tied with Roger Federer and Novak Djokovic on 20 major singles titles. Nadal will play the winner of the later semifinal between Daniil Medvedev and Stefanos Tsitsipas in Sunday night’s final.

Shanghai Masters, 3 other ATP tennis tournaments cancelled in China due to COVID restrictions