After being asked to bat first, United posted 247 for two – the highest T20 score at the venue and in the HBL PSL history. It is also the highest score in any domestic Pakistan T20 tournament beating 243 set by Karachi Dolphins against Lahore Eagles in 2010.

Usman, who was leading the team in the absence of Shadab Khan, opened the batting with Colin Munro, and the two left-handers provided a solid 98-run partnership for the first wicket off just 59 balls.

Munro (48 off 28) struck five fours and two sixes before getting out to Shoaib Malik’s off spin on the penultimate ball of the tenth over.

Asif Ali contributed a quick-fire 43 off 14, which included five towering sixes and two fours. He knitted a 47-run partnership for the second-wicket with Usman.

Brandon King joined Usman at 145 for two in the 13th over. The pair played shots all around the ground, and contributed an unbeaten 102 runs off just 43 balls for the third-wicket partnership.

In reply, half centuries from Kamran Akmal and Shoaib Malik went in vain as Zalmi remained 15 runs short of the mammoth target.

Shoaib top-scored with a 36-ball 68, hitting six fours and three sixes. Kamran (53 off 32, seven fours, two sixes) put up a 53-run stand for the third-wicket with Shoaib.

Sherfane Rutherford (29 off eight) played a cameo, as he struck four sixes off Zafar Gohar’s over – 14th of the innings – the second most expensive over in the history of HBL PSL.

That Zalmi were able to cross 200 was due to late onslaught from Wahab Riaz (28 not out off 15, one four, two sixes) and Umaid Asif (20 not out off nine, two fours, one six). The pair contributed 47 runs for the seventh-wicket partnership. 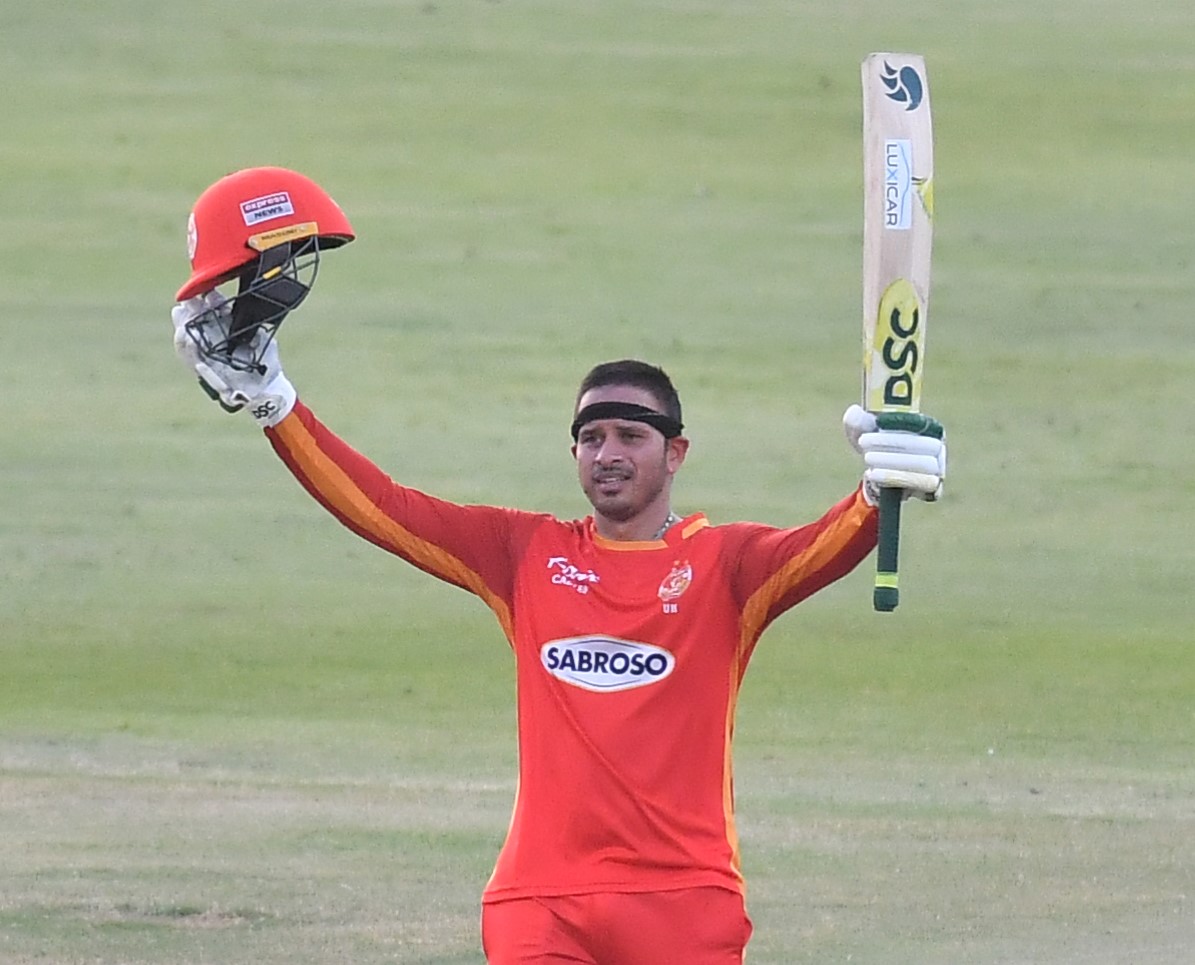