Virat Kohli has nothing more to say on controversial DRS incident

Kashmir Sports Watch January 14, 2022 4:29 pm
Babar Azam aims to be Test No.1 batsman
Someone who has a family member on death bed doesn’t care about cricket, says Adam Zampa after leaving IPL

Kohli said his side has moved on and have nothing to say on that.

Kohli, KL Rahul and R Ashwin were caught on the stump microphone complaining after home captain Dean Elgar survived review after being given out leg before wicket at a crucial stage on the third afternoon.

“I have no comment to make,” he told a press conference after the seven wicket defeat in Cape Town.

“We understood what happened on the field and people on the outside don’t know if we had picked up three wickets there that probably would have been the moment that changed the game.”

“The reality of the situation is that we did not apply enough pressure on them for longer periods of time,” said Kohli.

“That one moment seems very nice and very exciting to make a controversy out of but honestly I am not interested in making a controversy.

“It was just a moment that passed and we moved on from it and we kept focusing on the game and tried to pick up wickets.”

Host broadcaster SuperSport has said that they have no control over the Decision Review System (DRS) used in the series.

“Hawk-Eye is an independent service provider, approved by the ICC and their technology has been accepted for many years as an integral part of DRS. SuperSport does not have any control over the Hawk-Eye technology,” SuperSport was quoted by AFP.

With Inputs from AFP 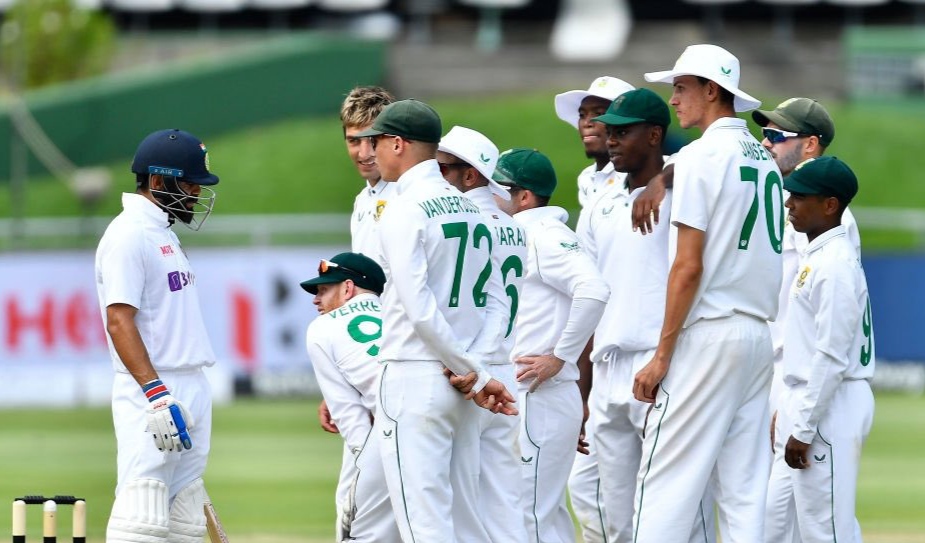