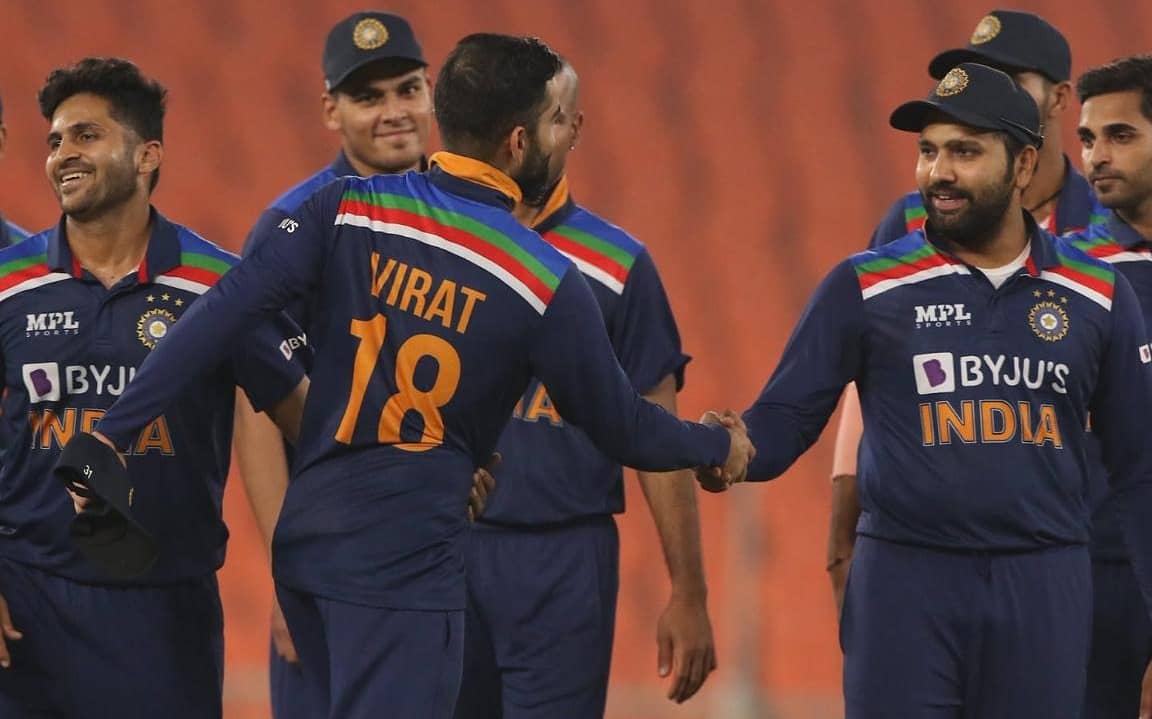 Srinagar, 16 September : In major development Team India captain Virat Kohli has said that he would be stepping down as T20I skipper of the side following the conclusion of the upcoming ICC Men’s T20 World Cup 2021.

The 32-year-old stated that he’d come to the decision after “a lot of contemplation and discussions with my close people” as well as the leadership group, including Ravi Shastri, the head coach, and Rohit Sharma, India’s limited-overs vice-captain.

“Arriving at this decision took a lot of time,” Kohli said in his statement, released on social media. “After a lot of contemplation and discussions with my close people, Ravi bhai and also Rohit, who have been an essential part of the leadership group, I have decided to step down as the T20 captain after this T20 World Cup in Dubai in October.

“I have also spoken to the (BCCI) secretary Mr. Jay Shah and the president of the BCCI Sourav Ganguly along with all the selectors about the same. I will continue to serve Indian cricket and the Indian team to the best of my ability.”

Kohli cited the “immense workload” he has been managing for most of the last decade, as an all-format player and as captain, as the reason for his decision.

“Understanding workload is a very important thing and considering my immense workload over the last 8-9 years playing all 3 formats, and captaining regularly for the last 5-6 years, I feel I need to give myself space to be fully ready to lead the Indian Team in Test and ODI cricket,” Kohli said.

During the ICC Men’s T20 World Cup 2016, Mohali was host to a Virat Kohli masterclass.“I have given everything to the team in my time as T20 captain, and will continue to do so for the T20 team as a batsman moving forward.”

The BCCI are as yet to announce Kohli’s successor as captain in the format. His decision comes a little over a week after the selection committee announced India’s squad for the World Cup.

The move could Kohli dedicate time to his batting – following an extended purple patch spanning the majority of the last decade, Kohli has struggled since the pandemic-enforced break early in 2020. His last international century came in November 2019, in a pink-ball Test in Kolkata against Bangladesh.
“I have given everything to the team in my time as T20 captain, and will continue to do so for the T20 team as a batsman moving forward.

BCCI President, Sourav Ganguly said: “Virat has been a true asset for Indian Cricket and has led with aplomb. He is one of the most successful captains in all the formats. The decision has been made keeping in mind the future roadmap. We thank Virat for his tremendous performance as the T20I Captain.  We wish him all the best for the upcoming World Cup and beyond and hope that he continues to score plenty of runs for India.”

Honorary Secretary,  Jay Shah said: “We have a clear roadmap for Team India. Considering the workloads and ensuring that we have smooth transition, Mr Virat Kohli has decided to step down as T20I Captain after the upcoming World Cup. I have been in discussions with Virat and the leadership team for the last six months and the decision has been thought through. Virat will continue to contribute as a player and as a senior member of the side in shaping the future course of Indian cricket.