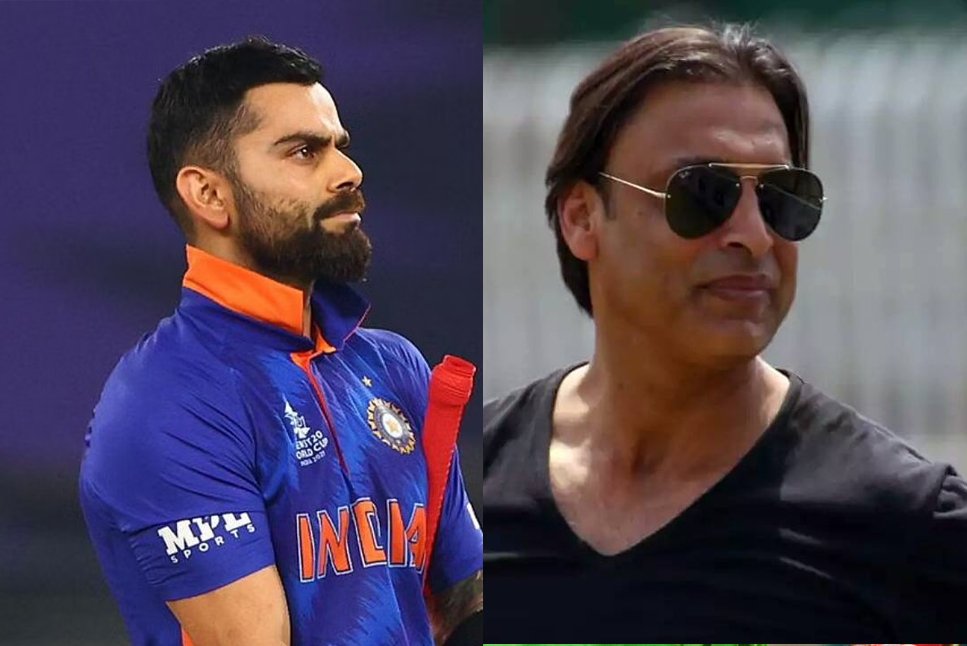 Srinagar, January 23: Former Pakistan pacer and who is currently part of Legends League Cricket in Oman , Shoaib Akhtar has claimed that Virat Kohli was forced to leave Team India captaincy.

Indian cricket is these days going through lot of turmoil surroundings star cricketer Virat Kohli’s captaincy. Kohli last year before T20 World Cup had announced that he will be stepping down as India’s T20I captain.

He was then removed from ODI captaincy as well, handing over the duty to Rohit Sharma. In a press conference later before leaving for South Africa tour Virat Kohli said that selectors informed hom about tye decision only one hour ago.
Last week, Kohli after India lost Test series in South Africa also stepped down from Test Captaincy.

“Virat didn’t leave captaincy but was forced to do so. This is not the best of times for him but he needs to prove what he is made of. Is he made of steel or iron? He is a great guy and a cricketer,” Shoab Akhtar Times of India.

Akhtar said that Virat will come out of this and will move forward.

“He plays a lot with his bottom hand and I think when the form is out, bottom hand players usually are the first ones to get in trouble. I think he’s gonna come out of this. He should move forward from this and not keep any bitterness against anyone. Just forgive everybody and keep moving.”