After finishing fifth in the first World Test Championship, South Africa aim to turn over a new leaf in their opening encounter in the second cycle.

It’s been a wait of over six months for South Africa to play Test cricket after their series in the West Indies, winning 2-0 in Gros Islet after losing the toss in both matches. Beating Sri Lanka by 10 wickets in the new year before losing 2-0 to Pakistan away from home, the Proteas played just five Tests in 2021, with Australia not touring in March due to COVID complications.

South Africa need to find a rhythm early given a busy WTC schedule, travelling to play New Zealand away from home in February, and returning home to take on Bangladesh in April.

Following the retirement of skipper Faf du Plessis back in February, Dean Elgar has made the ascent to the captaincy and is two from two as skipper after the successful Caribbean tour. After a duck in the first innings of the series, Elgar came back with a strong 77 to push his side to a 2-0 victory. Aiden Markram, who played a mature role in South Africa’s T20 World Cup campaign, will likely be his opening partner.

India have made a bright start to their World Test Championship campaign with three wins and two draws out of six matches and will be looking to make an ascent towards the top of the table from where they currently sit at the 4th spot.

Under the captaincy of Virat Kohli, India have performed tremendously in overseas conditions, with two series wins over Australia and currently leading 2-1 against England with the rescheduled Test set to be played in July 2022. With the Proteas still finding their feet after the retirements of several stalwarts over the past few years, Kohli cannot ask for a better opportunity to tick South Africa off of the list.

South Africa endured a 3-0 series defeat in India when the teams last met in the long format, back in 2019. In the last of those matches, the Proteas were flattened by an innings and 202 runs in Ranchi, bowled out for 162 and 133 in reply to India’s 497/9 declared.

India’s emphatic victory was set up by a blistering double hundred for Rohit Sharma, who plundered 34 boundaries in a 255-ball 212.

South Africa were hapless in response, bereft of ideas as a relentless Indian attack bowled them out twice inside 105 overs.

With the sides naming larger squads due to COVID regulations, both teams have a number of options for their final make-up when team sheets are exchanged.

South Africa have named seven quick bowlers in their squad headlined by Kagiso Rabada, though will be missing the ferocity of Anrich Nortje with a hip injury. A returning Duanne Olivier may well get the nod alongside Marco Jansen, who provides a left-arm option.

Injury clouds also hang over Lungi Ngidi, and Wiaan Mulder is tipped to provide an extra pace option while batting at No.7. Despite the Centurion surface favouring the quicks, Keshav Maharaj’s ability to take wickets while also containing the opposition batting order make him a near-certain selection.

Quinton de Kock will miss part of the series due to the birth of his child, though is available for the first Test match, with Kyle Verreynne likely to feature in matches two or three.

India will be without the services of their top-ranked Test batter Rohit Sharma, who injured his left hamstring while training. Shubman Gill too misses out on the tour of South Africa due to multiple issues, including a shin injury that has resurfaced that had earlier kept him out of the away series against England.

India’s premier Test all-rounder Ravindra Jadeja too failed to make the flight to South Africa as he nurses a ligament tear that could keep him on the sidelines for a few months. Axar Patel, who would have been Jadeja like-for-like replacement in the squad, too failed to make the cut as he reportedly deals with a stress fracture.

With India opting for four pacers in a five-bowler attack in overseas conditions, they have travelled only two spinners in Ravichandran Ashwin and Jayant Yadav getting the nod.

India have a couple of dilemmas heading into the first Test. With question marks over Ajinkya Rahane’s form, Hanuma Vihari or Shreyas Iyer could take the No.5 spot from the former India vice-captain.

Ishant Sharma and Shardul Thakur will be fighting for the spot of the fourth pacer, with the latter holding the edge thanks to his batting abilities.

It’s South Africa’s first match of the campaign, and the Proteas have the chance to put the pressure on the rest of the field with maximum points. India have collected 58.33% of available points thus far across their six matches, and will want to boost that percentage given strong starts made by Australia, Sri Lanka and Pakistan.

Dean Elgar (South Africa captain): “We’re a professional team, we’re professional players, we want to strive to areas still with regards to where we want to go as a team. We want to go up the rankings system still, and that’s our process going forward. We focus on cricket, and hopefully cricket will look after us.”

Cheteshwar Pujara (India batsman): “Having done well in England and Australia will make a big difference in this squad’s confidence and self-belief that we can win overseas, we can win in any conditions.” 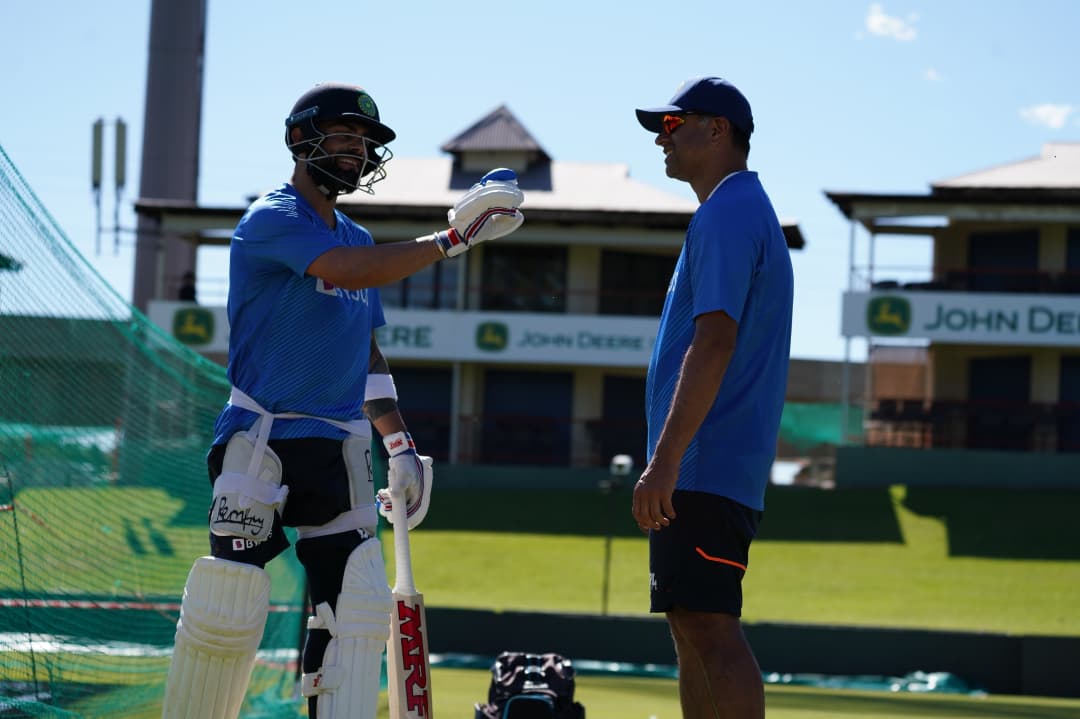