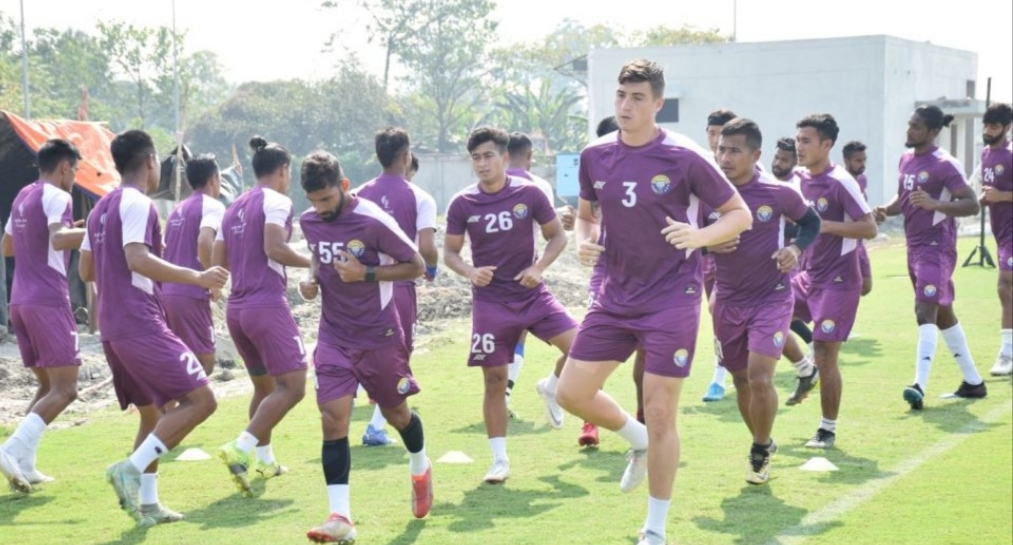 New Delhi, March 29: : Sudeva are hoping to gain all three points against Real Kashmir FC after another draw in their last match against NEROCA FC.

Talking about the previous game, head coach Mehrajuddin Wadoo said “It was a good performance. The boys fought well. They gave their 100% on the pitch and that is what we always look for in our players. One of the positives was after conceding a goal, our players didn’t give up and immediately got the equalizer. ”

Moving on to the opponents, head coach Wadoo believes that this won’t be an easy match to play. “Real Kashmir is a good team and it is a team that defends pretty well. The team is pretty much compact in defence and it would be difficult to break the line, but we will have a plan and hopefully, we will get to see it in action.”

Shubho Paul, the young 18-year-old striker accompanied the coach in the pre-match press conference and talked about how hungry he is to score goals.

“I want to score for the team in every game possible. The main objective for me is to win the games for my team and the next game is quite important for us to show that we can win against a tough side. The team is motivated and ready to go,” he said.

After a hard-fought 2-0 victory against RoundGlass Punjab, the Snow Leopards are looking to continue on the winning path and head coach David Robertson believes that it’s the start of something new, after beating the likes of RoundGlass Punjab.

“It was a good result against Punjab and we got what we deserved. I think we really played well and fought well. It is only the second time in the history of the club that we have beaten RoundGlass Punjab, so I think it’s a huge achievement for us,” he said.

Robertson is aware of the threats that Sudeva Delhi possess. “We know they will come up with different problems and issues to handle. There are no easy games in this league, but if we keep our form and fighting spirit as we did against Punjab, we can get those three points.”

Bikramjit Singh who was with the head coach is fully settled with the club in a short period. “Everything feels like a dream at this club and I feel very comfortable at the club. As a team, the group is very friendly and very helpful. The understanding between the players and the coaching staff is very good, and this is the most important thing if you want to perform well in the season”.