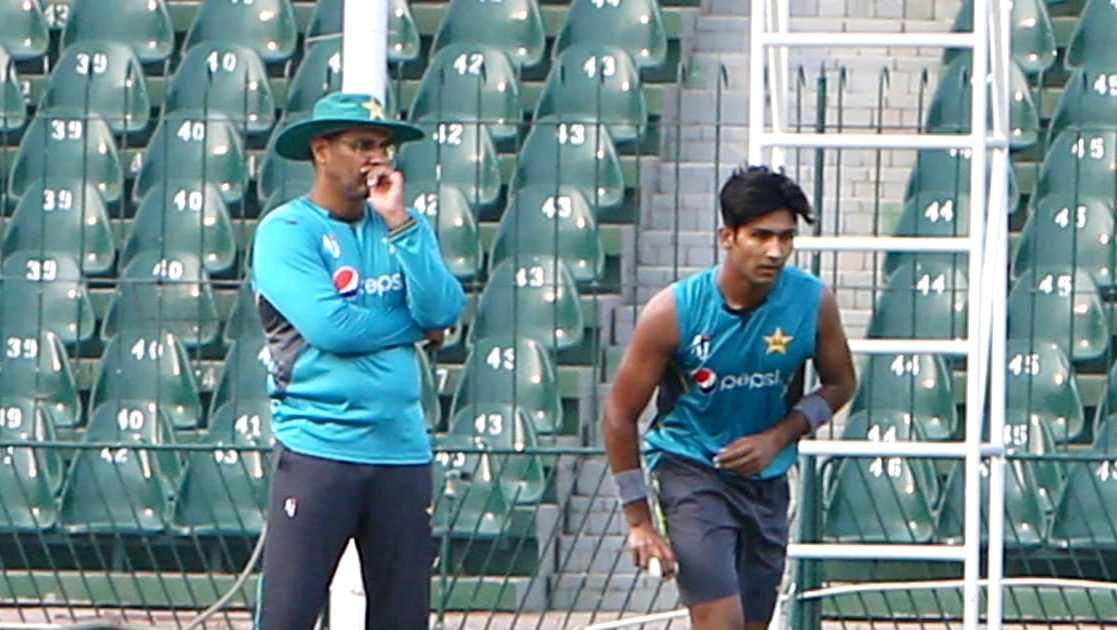 Srinagar, January 19: Former Skipper and Coach Waqar Younis has said that there is nothing wrong with Mohammad Hasnain’s bowling action.

Hasnain was signed by Melbourne Thunders for Big Bash League and his bowling action was reported during a game against Sydney Sixers.

Waqar Younis has backed Hasnain and claimed he found no problem with the youngsters’ bowling action.

“I did not find any issue with Hasnain’s action in my 2 years bowling coach [with Pakistan cricket team] stint but I think we should ask a Level 4 coach to come and improve his bowling action if there is room,” said Waqar Younis.

“That was wrong from Moises Henriques. It is against the spirit of cricket and he should be punished. He can let the umpires know, but he cannot say that on the field to the bowler,” added Hodge.